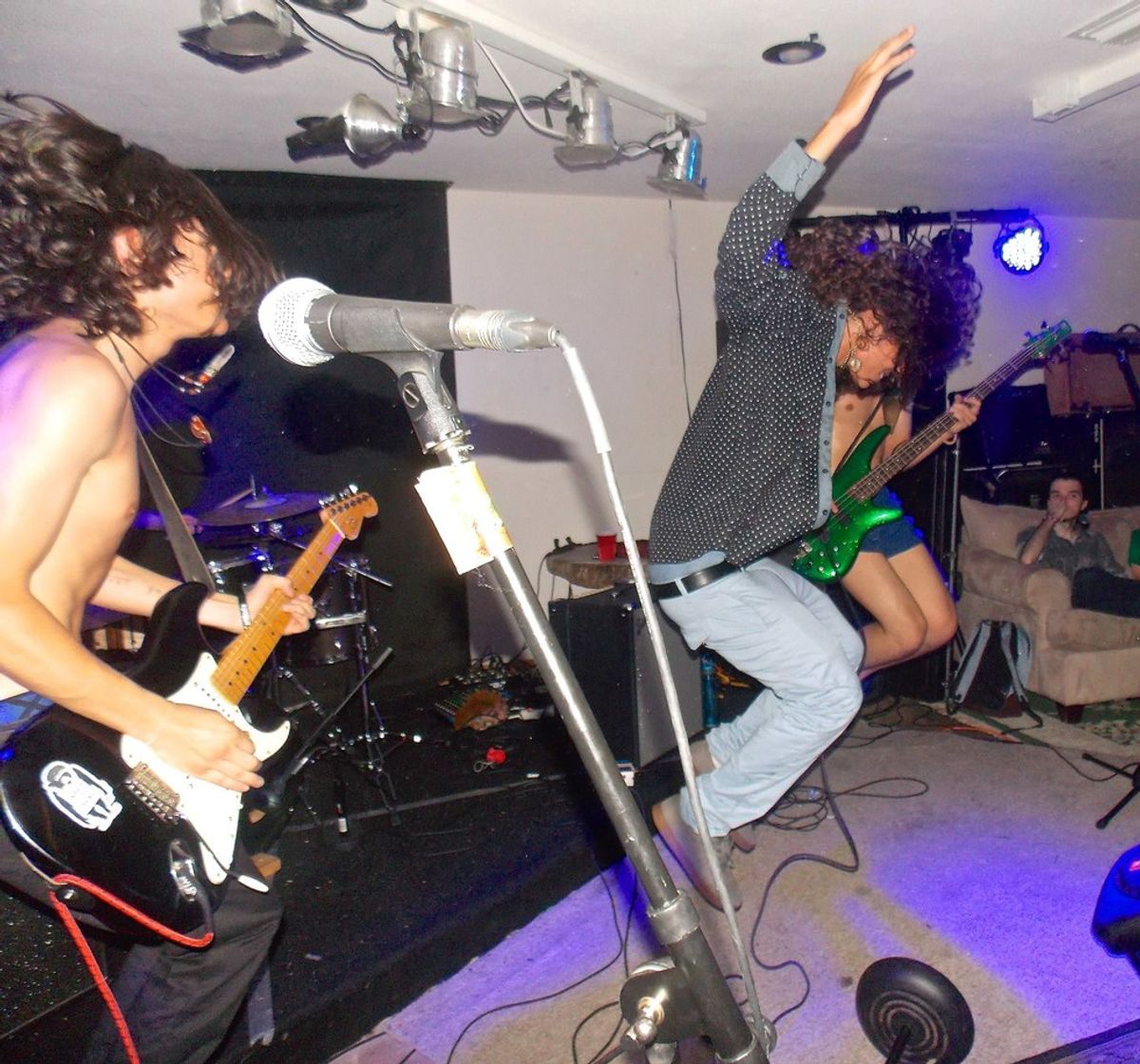 The funny thing about being a music journalist is that you can forget that there are people who aren’t as obsessed with music as you are. Things I hear often when I tell people what I do are ‘…but how do I get more involved?’ and ‘I don’t even know what kind of music scene [insert city name] has.’ It’s actually a lot easier than you might think to research. Here are five of the biggest ways you can get involved:

Most local shows are held in bars or nightclubs and they have the added bonus of being a fairly inexpensive way to enjoy a night of live music (think $3-10, usually). Depending on your area, some places even have an 18+ age limit on show days. All ages can be harder to find, but usually the venues either list that on their site or you can call the venue to find out.

For example, in Orlando, some of my favorite places are Backbooth, The Haven, and House of Blues (they do an Orlando Rocks! event every month or so featuring some of the best bands Orlando and sometimes Tampa has to offer).

I also recently discovered a place in Sanford called West End Trading Company that has a chill, surf-y vibe and a separate room for shows (and they care about bands, which is always nice). Plus it’s next to a record store/café called Rabbitfoot Records and in a fascinating part of downtown Sanford.

2) Talk to the bands after the show.

Because people don’t know where to find local music or have their own assumptions about its quality, a lot of time these bands and shows fly under the radar. I speak from experience when I say that when a band sees that you’re genuinely interested in their music and music in general, they’re appreciative and excited to talk to someone that shares their interests. A lot of times you can even walk away with new friends just from having that one conversation.

There will always be musicians that are not great people, but I think that’s more of a personality thing than anything. Once you find a band that’s full of decent people, they usually play with other decent people and a whole chain reaction of discovery happens.

3) Bring a camera/write about the show if you’re looking to get into the business side of things.

This can be a great place to start/get to know people — it’s less pressure and craziness than some of the bigger shows and it’s easier to work with the artists.

Again, a lot of times local bands are happy that someone cares enough to take photos, write about or investigate them further. Most publications and even the public largely ignore local music so if you decide to cover it, you’ll be a big fish in a little pond. This can help build up your contacts, give you writing/photography experience, and help you sharpen your skills until you feel comfortable pitching to bigger events like music festivals or bigger name club shows.

The music industry isn’t as big as most think so once you do good work for someone, word spreads. Bonus if you’re not an asshole. People want to work with people they like or are otherwise easy to get along with, and nowhere is this more true than an industry that is pretty much based on networking.

You can post your work anywhere, whether that’s a blog, your own website, or on your social media, as long as it’s somewhere public you can show others. If you post it anywhere other than your social media pages, make sure to take the link and post it on said pages with a little blurb on what it’s about.

This is important because no one’s going to know you’re out there and available for gigs/other opportunities otherwise. Also make sure your contact information, like your e-mail address or your Facebook/Twitter, is displayed somewhere.

Once you’ve started getting people to notice what you’re doing, work on what’d you say to sell yourself to other people. It should fit into a 30-second window, so make sure you get right to the point and keep in touch with the person or people afterward.

5) Keep up with the bands you like on social media.

More than anything, the way to build a relationship with a band is by coming to their shows regularly and just getting to know them as people. They’re people just like you and me, and oftentimes you’re around the same age so you already have that and an interest in music in common.

The way to find out about said shows is by following the band on social media. This is where they’ll usually post when their next show is. A lot of them play semi-regularly, so if you’re into them and into music in general, you’ll have fun with it. It’s even more fun when a band you’ve seen work their butts off starts to see some success.

If the shows aren’t posted on their social media accounts for any reason, go back to the local bars that you found and look up their event pages. Those pages almost always have the show listed, the age limit, and how much it is to get in.

Try these out and let me know if there’s any you think I missed in the comments. Happy searching!