The Mecca for Italian Americans 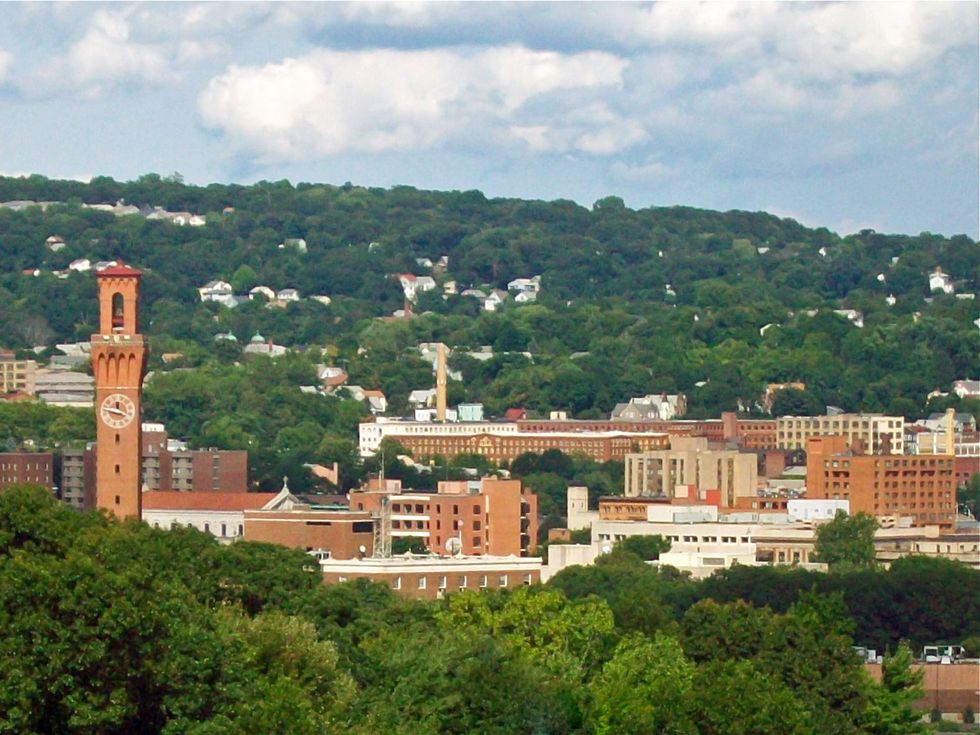 "Waterbury (nicknamed 'The Brass City') is a city in the U.S. state of Connecticut on the Naugatuck River, 33 miles southwest of Hartford and 77 miles northeast of New York City. Connecticut has the most residents with Italian descent in the United States, with Waterbury having the largest Italian population statewide." (Wikipedia).

Waterbury; it's one of the greatest cities in New England, in the Tri-State Area, and in the United States as a whole. A large majority of my childhood occurred within the city's limits. Whether it be to go visit family in Town Plot Hill, grab a slice with my friends Downtown, visit my Aunt Jenn who works in the Admissions at Post University, or to retrieve my mother's stolen car on Bank Street, Waterbury (nicknamed: da 'Bury) holds a very special place in my heart.

In high school, there were several things my friends and I did for fun. We went to Yale hockey games on Fridays and Saturdays, got weekly meals at Gaetano's Italian Market in Monroe, visited Nardelli's in Waterbury—basically, if it had anything to do with Italian-ism, we were doing it.

My friends and I are all of Italian descent, and we don't take it very lightly. It isn't suffocating, but we take great pride in being raised in tradition, and the tradition of good food. Mind you, they're two separate things. We loved to regularly visit Town Plot, where my friend Joe's grandparents live, Downtown, where the historic Domenick and Pia's pizza joint is, or to go play paintball in the outskirts. Life in high school was simple. It wasn't more than school, friends, fun, and Italian-ism to go along with it.

Waterbury brings back memories that don't even have to do with the city itself, memories like going over to my friend Chris' house on weekend mornings, talking to his mother and father, downing some espresso from the DeLonghi PrimaDonna S espresso maker. We would tool around in his father's Porsche, going incredible speeds on the small and narrow Interstate 84. We would go to Gaetano's Market, chat with the guys that worked there, get some tasty grinders, and sit like old Italian men.

Waterbury wasn't just for Italian stuff though; my doctor's office was there, my eye doctor was there, when I needed that. There was even a mall there, though I seldom went. The Brass City Mall; I had gone once or twice with my friends. We'd go at night, just tooling around. There are five Foot Locker stores there, which we always found funny. It wasn't a great mall by any means; my family usually opted to go to the closer Danbury Fair Mall. Still, it was fun to go, walk around, look inside stores, and banter with the guys.

Now, in New York, I'm 77 miles southwest of the Italian mecca. New York is plenty Italian, too, there's no doubting that. Arthur Avenue is a short walk from my dorm. There's something about Waterbury, though; there's something about driving along I-84 East and passing through the city, looking at the clock tower and cityscape below that is magical, as desolate as the place is in reality. There's a magic about Waterbury, a lot of it sucked out when the manufacturing jobs left; but there's still a lot there.