How Veganism Saved Me From An Eating Disorder
Odyssey
CurrentlySwoonLifestyleHealth & WellnessStudent LifeContent InspirationEntertainmentPolitics and ActivismSportsAdulting
About usAdvertiseTermsPrivacyDMCAContact us
® 2023 ODYSSEY
Welcome back
Sign in to comment to your favorite stories, participate in your community and interact with your friends
or
LOG IN WITH FACEBOOK
No account? Create one
Start writing a post
Health and Wellness

How Veganism Saved Me From An Eating Disorder

I am never going back. 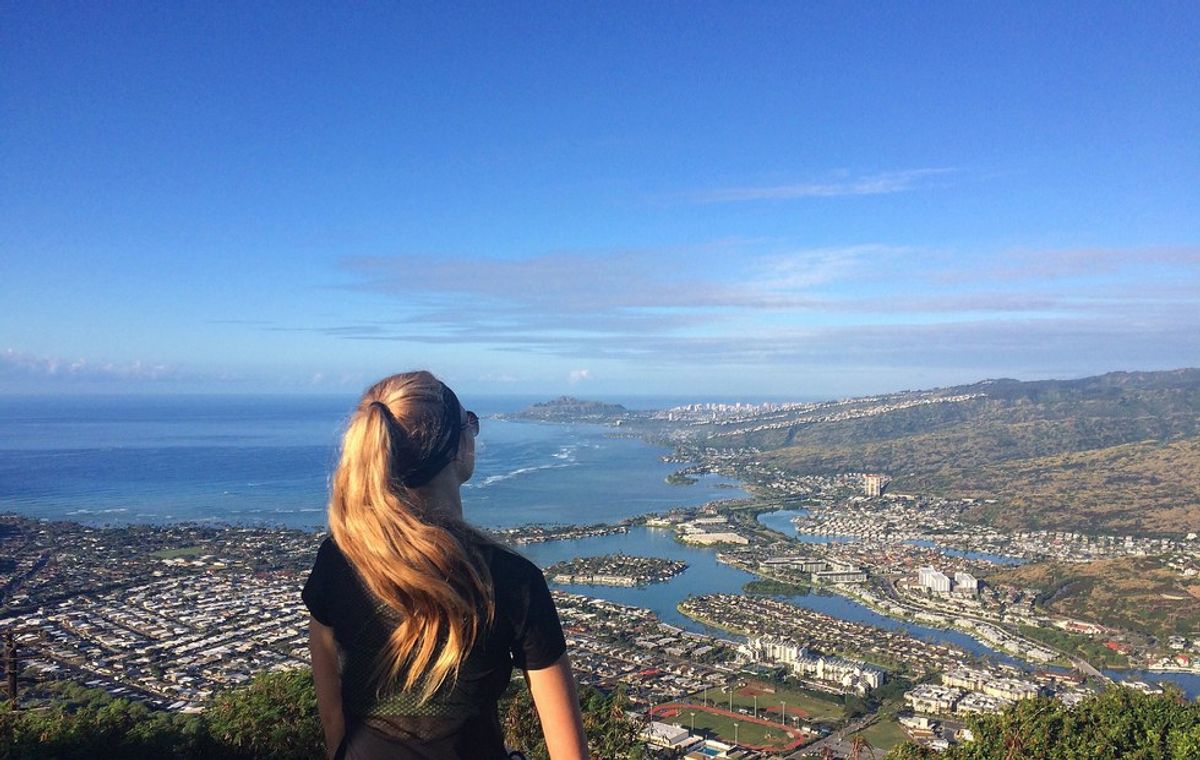 “I could never be vegan” is undoubtedly the most common response to the plant-based lifestyle. You’re probably saying it to yourself this moment, “but cheese is amazing” or “I couldn’t live without burgers”. But let me tell you a secret: Most vegans (including me) said the same exact thing before they decided to change their lives for the better.

I was actually raised a vegetarian, so I may have had a little bit of an unfair advantage. However, there was no convincing me to abandon cheese. I ate fairly healthier than most Americans. My mom would make home cooked meals using veggies and whole grains. I was never obese or clinically overweight, but like most teenage girls, I had severe problems with my body image. Being really tall for my age (I’m almost 6 feet tall, to be exact), I looked to fashion models that had a similar height as my unrealistic fitness/body goals. I started restricting my calories at the beginning of 2015. Of course, this led to binges. I remember my family was invited to a wedding over the summer, and I could no longer control myself. I overindulged in cheeses and chocolaty desserts whilst I found it impossible to stop coming back for more. The worst feeling was the aftermath: I felt like a disgusting, fat, and ugly creature with no self-control. I gained a noticeable 20 pounds that summer.

Me in late summer of 2015. Not overweight by any means, but I had been consistently gaining weight and struggling with body image.

When I came to New York for college, my cycles of restriction and binging were at an all time high. I remember buying bags of chips and cookies in the late hours of the night, having eating nothing else throughout the day, finishing them off in just a few minutes. One day, however, I cried as I looked at myself an in the bathroom mirror of my dorm room. I vowed to never eat any junk food again, and that night, I remember taking screenshots of well-known models and telling myself that I WILL be as thin as they are. This is when my anorexia started. I ate next to nothing for four months. Only raw vegetables and a few pieces of fruit, not exceeding a few hundred calories per day. I got thinner and thinner, and became addicted to working out for hours at a time. I was cold all the time, and my grades were suffering as well. I soon lost energy to even leave my dorm room except for classes, so I dismissed any invites from friends who wanted to spend time with me. I felt trapped in my body and mind, living a sort of sick science experiment. I lost 40 pounds in a shockingly brief period of time, with a clearly underweight BMI. I would still be starving if it weren’t for my discovery of veganism.

This photo is from early 2016. I refused to take any pictures of myself during my disorder, so this is a few weeks after I decided to get better.

I was huddled up in my dorm room alone on a Saturday night, as I often did, hearing the bustling sounds of New York City just outside my window, when I stumbled upon a vegan community on YouTube. After checking out a few videos, I was caught in a vortex of watching different people living their lives while enjoying plentiful amounts of delicious and fresh looking meals. What surprised me the most is that they often emphasized abundance and positivity surrounding food, which was something that roughly juxtaposed the restrictive mindset the rest of the world seemed to have. Fruit was actually my favorite food ever, and I was so deprived that I salivated at the juicy, sweet goodness that this online community promoted. But most importantly, these vegans looked healthy. Captivated, I watched documentaries like Cowspiracy and Earthlings that discussed ethical and environmental benefits to the plant-based lifestyle as well. The next morning, I went out to buy oatmeal, bananas, and some other vegan staples.

At first, my stomach wasn’t really having it. As I was increasing my caloric intake, my digestion definitely had some revving-up to do. I was plagued with terrible indigestion, cramps, and bloating, but I was determined. The semester was already coming to an end, and I was undoubtedly excited to go home where I could finally try out some delicious vegan recipes. My huge first milestone in improvement was that I deleted the calorie-counting app on my phone, which I used religiously in the past. I felt so free eating all the healthy, whole plant foods I desired, and I soon began recreating old recipes that contained dairy with just as good vegan substitutes. I was simultaneously nursing myself back to a healthy weight, and I felt more energized than ever. I felt a sort of mental clarity that words couldn’t explain, something I never had before.

Today, close to a year has passed since I embarked on a plant-based lifestyle, but I can say that I am never turning back to my old habits. I looked at food with positivity, and as one of my favorite YouTubers, Ellen Fisher, puts it: “Every calorie consumed from a whole plant food is more nutrients you body is getting”.