What It's Really Like To Be A Twin
Odyssey 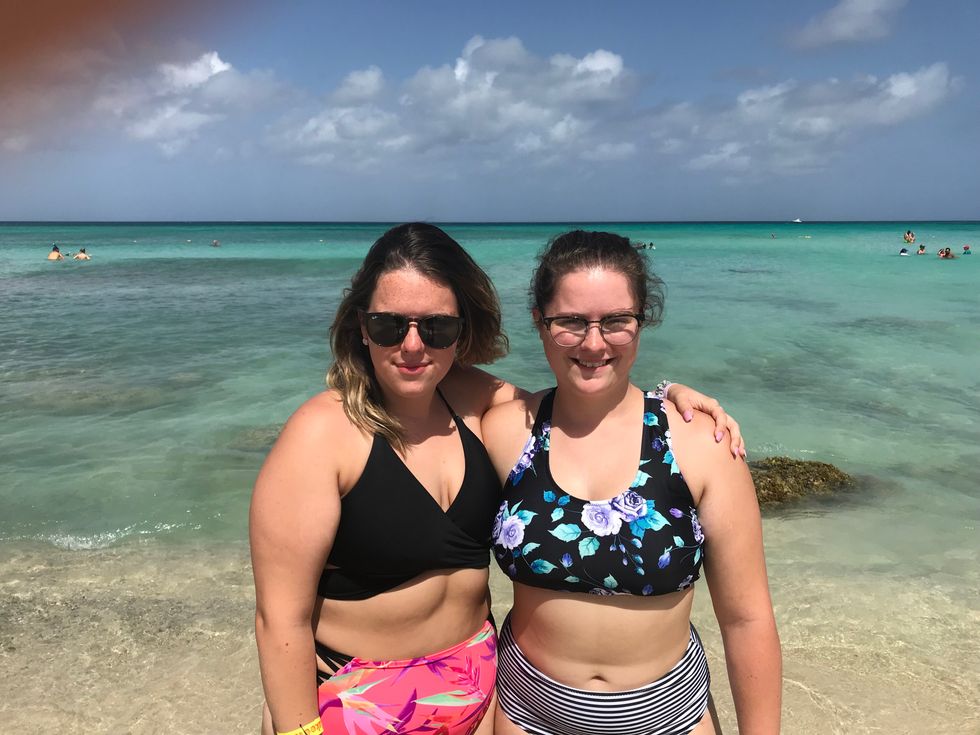 Whenever I first tell someone that I am a twin, they immediately say one of two things; "OMG! No way! What is it like to be a twin?" or "Woooow, I wish I had a twin." Now don't get me wrong having a twin is amazing, I wouldn't know life without her.

I have a twin sister, we are fraternal which basically means we don't look that much alike (not going to get technical about it). However, my mom is an identical twin, which means they look pretty dang similar. I would look back at pictures on my mom and my aunt (her twin sister) I would not bet able to tell them apart. Crazy right?!

It's a Mary-Kate and Ashley thing ;)

1. We don't feel each others pain.

Uhm, yeah so we twins technically feel each others pain. That is just a good ol' myth, trust me. However, a spooky little story.

My sister was in the hospital a few weeks ago and had to get surgery. She obviously had to get an IV, and keep in mind that this was early afternoon when I took her.

She had to get an IV in her right arm and the whole rest of the day/night I felt a stabbing, uncomfortable pain in my right arm where her IV was.

I feel like that pain is more of a sympathetic pain more than anything else.

2. Reading each other's mind is not a thing.

This is probably the funniest one to me, just because that is probably the third most popular question asked when I mention I have a twin sister. Now we are twins, so we have similar wants and tastes (sometimes), but there have been a lot of times when we think the same thing at the same time and say it simultaneously.

Which in my opinion is super, super cool.

I have yet to say, yes we read each other's minds, but I know me and one day I will say "yes".

Personally, when it comes to looking alike, I do not see the similarities. Some people say that we look completely alike, others say we look absolutely different.

Whenever it comes to telling different sets of twins apart, it comes supernaturally to me. I think I just have a niche for it or something, it's my secret talent I guess.

My twin and I have very different tastes, whether that be in music, food, style, etc. It's difficult to explain because we can be so similar but then again so different.

4. She's my built-in bestie for life.

Now, this can be a hot or cold subject in the twin community.

But in my personal experience, we are each others besties. That doesn't mean we don't argue or fight just like normal best friends, we just forgive and forget more easily I feel like.

It would honestly be harder to not be friends with them, it's just hating someone for one second then instantly wanting to go get food with them the next second. It's a crazy best friend relationship that you won't share with anyone else.

5. There is much pride behind being the first born.

Ok, this is no joke. My twin sister is a minute older than me and trust me she holds that above my head as much as she can.

Especially as children, whenever people ask who is older she automatically says "I am by one minute" which is no lie, but she asks like it is a superiority contest or something.

Honestly though who wouldn't want to say that they are older, even if it is one measly minute? Heck I know I would definitely wave that my sisters head if I was older.

Ahhhh, the luxury of being older I guess, I wouldn't know the feeling, unfortunately.

There is just only so much I can describe in words on what it is really like on being a twin. Every set of twins are different, so I am just speaking on my behalf.

But when you see twins in public, don't question if they are being different, or speaking their own twin language, which is kind of a thing by the way. Sometimes my twin doesn't have to say a single word for me to know what she is about to say.

Now here is where it gets a little sappy. But I love my twin sister, I wouldn't know a life without her, she just simply understands me like no one else ever will. She is legit my other half and I love that. I wouldn't trade being a twin for anything in the world and I am so thankful for that.

Being a twin may have its ups and downs, but it is an indescribable bond. A bond that I am so happy to share with someone, a bond that I can't live without, a bond that will be with me forever. She may not be able to read my mind and I may not be able to read hers, but I can still say it is a relationship that will keep my constantly curious, frustrated, as well as feeling immensely loved by someone that can relate so much to me. Being a twin is just down right cool!