In Response to the "Unite the Right" March 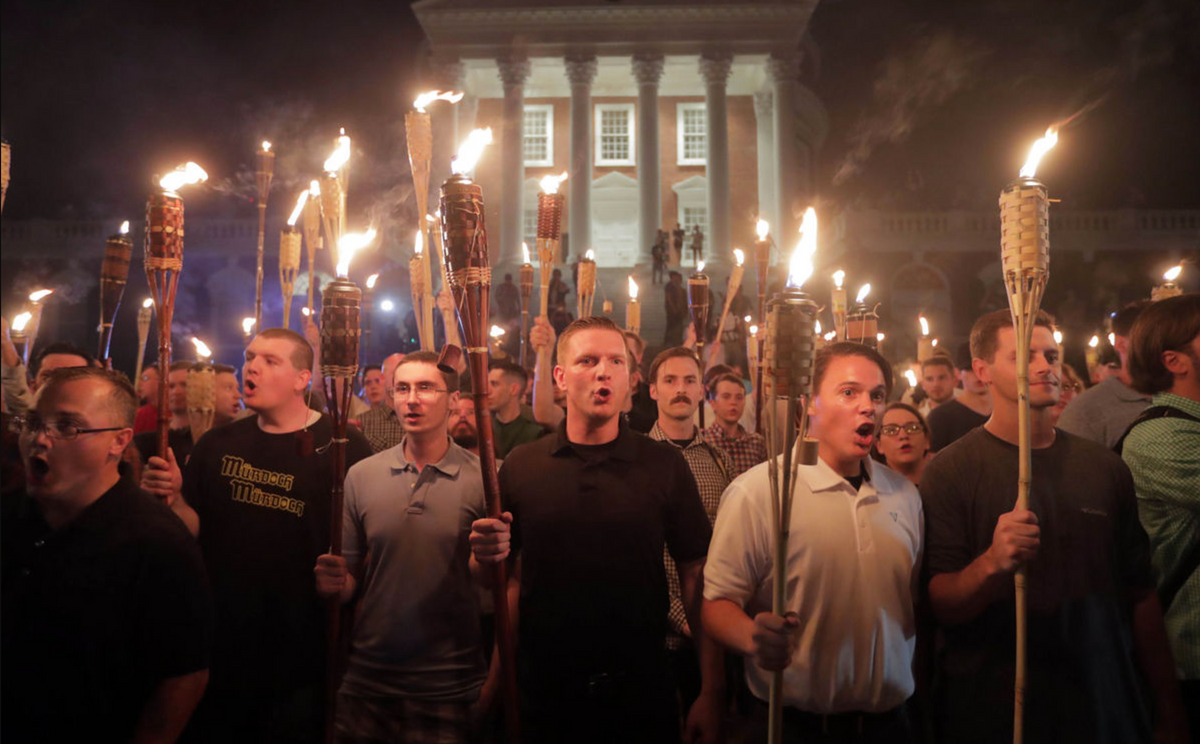 It has now been a couple of days since the horrific events in Charlottesville, Virginia.

For those still unaware of the details, a group of combined white nationalists/supremacists, neo-nazis, and far right extremists gathered on Saturday, August 12 holding swastika signs and confederate flags in a “Unite the Right” march. They were met with a group of counter protesters; including a small group of students from the University of Virginia.

There are so many issues with this ghastly occurrence, including the response given by our president. It is no secret that President Trump is a nationalist (according to the Merriam-Webster Dictionary, nationalism is exalting one nation above all others and placing primary emphasis on promotion of its culture and interests as opposed to those of other nations).

By a mere glance at his meetings with foreign leaders, including those with the president of Russia, it is evident that he only holds importance to America as the strongest nation with indifference towards humane treatments of those under other sovereignties.

His “America First” slogan is appealing to those who back a strong militaristic front, but unfortunately his idealistic foreign policy transforms to racism when faced with his immigration policy.

He believes immigrants are stealing the jobs from Americans and continuously belittles those who yearn for the “American Dream,” which is considered working from rags to riches, or they risk their lives to take refuge in the “land of the free, home of the brave” from their homelands filled with infidels, corruption, etc. Ironically, President Trump’s mother, Mary Anne MacLeod, immigrated from Scotland (The New York Times) and his wife, Melania Trump, immigrated from Slovenia (Washington Post). With this in mind, it is apparent that Trump only wants to exclude immigrants of color from the United State. With this, he thus gains the support of white nationalists and white supremacists.

The Ku Klux Klan is a group “helping to restore America to a White Christian nation, founded on God’s word,” according to their homepage. The former leader of said group, David Duke proclaimed at the “Unite the Right” march that the extreme-nationalists, white supremacists, neo-nazis, and right extremists were “determined to take our country back” and “we are going to fulfill the promises of Donald Trump,” according to the Huffington Post. Trump’s beliefs about immigrants of color and their placement in America has only been magnified by his insistent use of social media.

His excited manner only contributes to his rhetoric about which races are best for our country. With that, his select immigration, or profiling by race basically, are once again supported by his major slogan, “make America great again.” This motto has been concreted into Trump’s campaign. His supporters view his movements in government as real efforts to improve America.

Trump’s wording and excited manner have promoted a certain type of people to rise up in belief that they are the answer.

Emma Hyatt
2958
The Truth About My Parents' Divorce