The new regulations will strip funding from one of the number 1 resources for women's health. 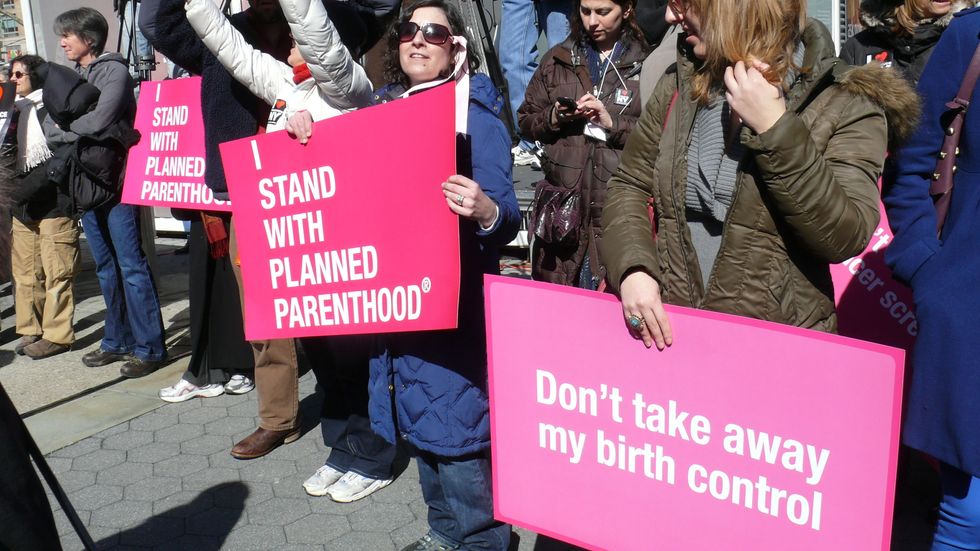 It has recently been announced that the Trump administration will announce new regulations that will, in the future, strip funding from groups that give people abortion referrals. This could mean that Planned Parenthood could lose a large chunk of their federal funding.

For those who still do not know what all Planned Parenthood does, it is a lot more than an abortion clinic. They offer information about safe dating and safe sex, STD and STI testing, breast exams, pap smears, access to contraceptives, pregnancy tests, help during pregnancy, and yes, abortions.

One common misconception about Planned Parenthood is that they mainly offer abortions. This is actually not 100% true. As of 2018, medical abortions were only available in 357 out of more than 600 centers. In total, abortions only made up 3% of all of the services they performed. Now, I feel the need to state that some find this misleading because they count every service they perform at each visit and factor that in. So if someone were to go in to get an abortion, but were to also get STI screenings, a breast exam, and contraceptives, they would say that abortion was 1/4 of what they did. I don't see that as misleading, personally, but some do, so.

This new rule would not only strip money from clinics that perform abortions, but also from clinics that do abortion referrals. What this means is that places that give women all of their options and tells them how abortion works and where they can get one will no longer be able to receive funding.

This also means that this funding will now be reallocated to religious based, anti-abortion groups. These groups are very closely related to abortion crisis centers, These have been famous for putting up a front as a safe haven for women, however, they do not offer abortions and instead tend to be religious-based groups who will force women into choosing other options like keeping the baby or adoption.

The federal money that goes to Planned Parenthood is not used for abortion services. It is to be used for services like STI testing and information. Taking federal funding away from Planned Parenthood and the other clinics that provide the array of services they do for the low price they do will affect men and women across the board.

This will limit the number of places that people of a lower socioeconomic class can go to get access to information and help. This new ruling will increase the number of people who will be given false information about their options and who will be forced to seek out possible dangerous procedures. This will force more and more people to have kids that they do not want nor have the resources to support them.

If you want to know more about the new ruling you can read it in its entirety here.