Trump And Macron: Will The Bromance Last?
Odyssey

Trump And Macron: Will The Bromance Last?

Whether the friendship is a scheme to persuade both America and France that worldwide politics are not in shambles, or whether the president from across the pond actually enjoys being around the seemingly tactless Trump, we are going to cling to this story in hopes that the good will continue to last. 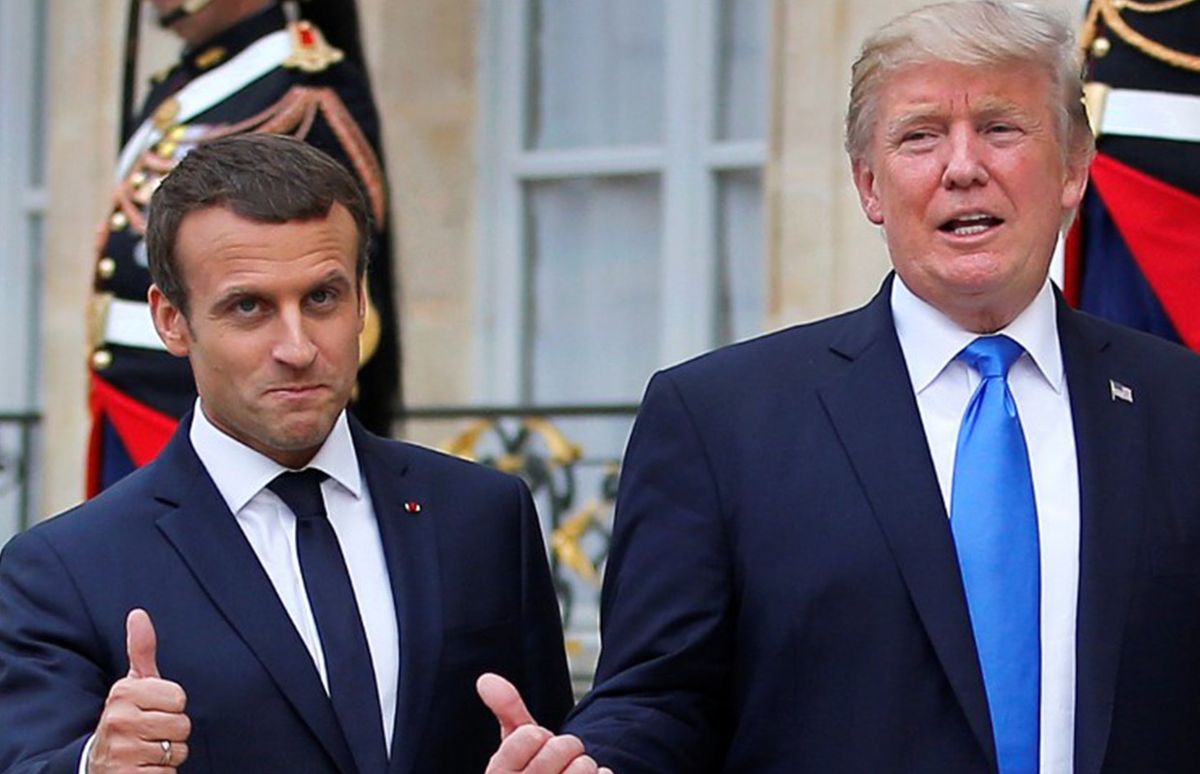 This past week, United States President, Donald Trump, and French President, Emmanuel Macron, attended a White House State Dinner together. The two were reported discussing controversial topics of worldwide interest, ranging from military activity in Syria to tariff threats and climate change. Nothing unusual, right? Two presidents were simply discussing presidential responsibilities. Nevertheless, look closely at the brooding friendship between Trump and Macron: are we wrong to assume the unusual relationship represents more than a natural friendship, especially considering Trump’s previous interactions with foreign leaders? If so, what makes Macron different? In other words, why is Trump so attached to Macron?

Obviously, Trump has not been the easiest authoritative figure to converse with over the past few years. As apparent on his Twitter account, our president says whatever comes to mind, regardless of fallacy or considering repercussions. Simply, when speaking to (and about) reporters, Twitter users, and journalists, Trump often lacks tact. The thoughtlessness does not end at civilians like you and me. Even before the start of his presidency in 2016, Trump upset numerous worldwide leaders, such as Chinese Finance Minister, Lou Jiwei, for inaccurately representing China’s economic dependency on the U.S. Currently, Trump clashes with North Korea’s Kim Jong-Un after several military threats, which many individuals call a contest of overcompensation to determine with leader has the biggest military and political following.

Acknowledging Trump’s unfavorable attitude towards other countries in his quest to achieve American greatness is confusing when examining the “bromantic” interactions between he and Macron. CNN noted that the two figureheads have been spotted attempting to “out-wave” the other, competing to see who can shake hands the longest, or walk the fastest. Trump’s body language is subtly insisting an “aggressive power move” by competing to determine the most friendly of the two. I mean, Trump verbally confessed to knocking dandruff off the French President’s clean suit on live television after claiming that they “have a very special relationship…” If that is not “too friendly,” I do not know what is. Will the favorable relationship last, or is Trump’s interaction with Macron a scheme to persuade the general public and the world (through media) that Trump can be trusted with other leaders?

If the relationship between Macron and Trump is truly genuine, so what? Why can we not escape this news story? I actually have an answer for that: because Trump’s tendency to establish positive public relations with foreign leaders is less common than his inclination to maintain the negative ones. We, as citizens and journalists, are so fixated on this news story because it shows that our president actually can be friendly. Whether the friendship is a scheme to persuade both America and France that worldwide politics are not in shambles, or whether the president from across the pond actually enjoys being around the seemingly tactless Trump, we are going to cling to this story in hopes that the good will continue to last.