We have to do better, because they deserve better. 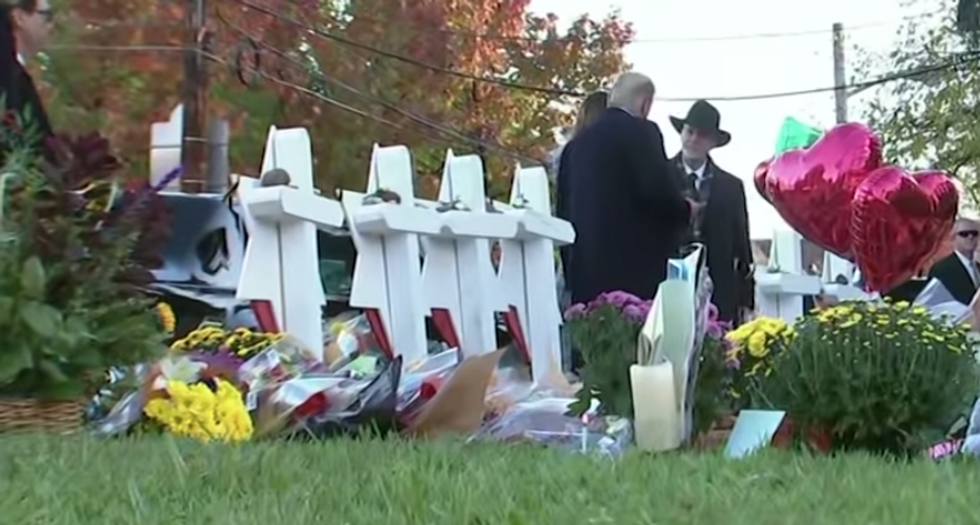 Unfortunately, the world we live in today is not always a happy place. It's not always safe, or kind. There is hate and there is violence. There are people who inflict evil and sadness in ways too difficult to imagine or fully wrap our heads around. For generations and throughout hundreds of years of history, there have been individuals who express hatred and deplorable behavior to display superiority. And the events of the past week have reshown us the evil we live amongst and the incomprehensible hatred that exists in the world.

To think that someone would walk into a synagogue, a place of worship, love, and kindness, and exhort such evil is something many of us simply cannot believe. And we shouldn't have to. We should not have to see that someone could express such hatred and disgust with a group of people because of their religion that they go into their place of worship with a gun and murder 11 people. This should not be the norm. Ever.

As a half Jewish-American, I have friends and family members who experienced prejudices because of their faith. They've felt like outcasts; like they had to hide their beliefs because they were Jewish and no one in their town had "met a Jew before." Even for me, I've had people make comments when they don't realize I'm Jewish mocking things or making a joke about those of the Jewish faith. We have become so accustomed to thinking our way is the superior one, or that a joke is OK when it is not sometimes. For a religious group that has experienced such violence, hatred, mass murder and loss of life, we cannot sit back and think what happened in Pennsylvania is acceptable and that nothing should be done about it.

Jewish people are some of the most hardworking and resilient people you will encounter. They know the importance of seizing the moment because most of us have someone in our heritage that was impacted by the Holocaust, whose entire lives or families were taken away from them, who were made to feel insignificant like they were of no value to this world. To think that some of those victims survived the atrocities of that came to America and were shot down in temple is deplorable.

It's hard to put into words how terrible this tragedy is. And what's worse is that our country has become numb. We have because accustomed to watching the news and seeing that breaking news banner run across the screen. From seeing the people crying over their loved ones to the local officials offering their thoughts and prayers. From seeing the candles and flowers left behind for the ones who have moved on to a better place. But at what point will we recognize that this should not be the norm? It cannot be the norm.

People should not have to live their lives in fear that when they leave their front door they or their loved ones may not come home. We shouldn't have to be scared to go to temple, or church, or the movie theater, or school, or a nightclub. We shouldn't have to feel like we are living in a war zone. We should be able to live our lives in peace. To enjoy each moment not because you're scared it will be your last, but because life is a beautiful thing that deserves to be enjoyed.

Hatred is real. Evil is real. There is so much bad in this world. But fighting for change, pushing for a better future, one with possibilities and kindness where we don't have live in fear - we can do that. Be kind to others. Promote positivity and love into the darkness in the world. Make a difference for those who can't anymore.

The 11 victims of the Tree of Life synagogue cannot be forgotten. We cannot let them or the thousands of others who have lost their lives to gun violence and hatred in this country die in vain. Their lives matter. Their memories matter. The futures that were ripped away from them matter.

We have to do better. They deserve better.