It's August! Around this time, I'd be on a plane heading somewhere. However, with air travel being considered high-risk this summer, it doesn't look like anyone will be vacationing anytime soon. With my spare time, I've put together photos that I've shot from previous trips in past years. 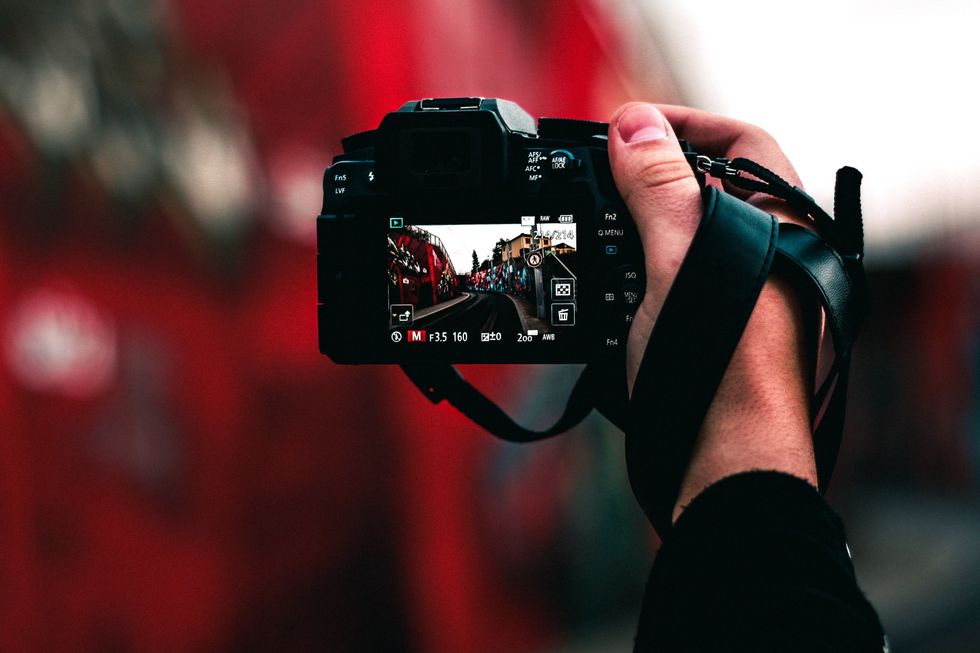 If you don't already have Japan on your list of must-visit places, you will want to consider adding it because not only is the country full of touristy spots, but there are also hidden gems dotted throughout it. Heiwa Park is one of these gems - the dome's (stupa) bright, pristine white appearance and overall proximity to Mt. Fuji makes it an interesting spot to visit. It is a sacred Buddhist site, there are statues along the walkway which protect the grounds as well as the heavy smell of incense burning. In fact, there is an interesting story of peace regarding this place, which is that the late Indian Prime Minister Nehru presented Japan a sacred monk's ashes as a gesture of kindness. The ashes, along with many sacred relics, are kept inside the stupa and are surrounded by four golden Buddha statues.

Even before going to Kyoto, I already had high expectations for the attractions there and I was not disappointed. The Golden Pavilion, also known in Japanese as Kinkaku-ji, is an immaculate work of art. The top two floors are covered in gold leaf which gives the site a bright appearance when the sun is out. It was originally built in the 1400s and meant to house the shogun, Ashikaga Yoshimitsu, after he retired. After he passed in 1408, the place became a Zen temple. However, what you are seeing right now is a rebuilt temple from 1955. The site has unfortunately been victim to several fires throughout the course of Japanese history - including the late 1400s during the Onin War as well as in the 1950s when a crazed monk set fire to the temple, who later attempted suicide in the hills nearby.

If you ever watched Transformers - Age of Extinction, they filmed a part of the movie here in Montane Mansion! It is a chaotic concrete jungle that is still home to many Hong Kong residents. Finding this place was difficult because even Google Maps doesn't have clear instructions on how to get into the courtyard. However, after walking up a set of sketchy, graffitied stairs from the sidewalk, I found myself gazing up at a massive concrete fortress that reminds me of photos of the city's infamous Kowloon Walled City. Originally built in the 1960s, it was meant to house low-income residents into cramped apartment rooms. Because it is such a dense living space, demolition of the area is highly unlikely.

Tsim Sha Tsui is the picturesque and one of the most tourist-packed districts in Hong Kong - and for good reasons! The city practically grew up around Victoria Harbor and surrounding waters. Inspired by Hollywood's Walk of Fame, the district's iconic Avenue of Stars is a great spot to get views of Hong Kong's skyscrapers. At night time, they often host A Symphony of Lights which is a spectacle featuring carefully choreographed LED light beams that shoot from the buildings across the water.

Moving on west into Europe, London has a special place in my heart because it is home to centuries upon centuries of English history. Though notoriously crowded, Westminster Abbey is a very popular and visually striking church that sits near the River Thames. In addition to being a place of worship, the church is meant for coronating monarchs, housing English artifacts, and most important, burying more than 3,000 important figures in the United Kingdom - this includes kings, queens, statesmen, scientists, poets, and musicians. Look carefully at the epitaphs and you may be able to find the resting places of Stephen Hawking, Isaac Newton, and Charles Darwen.

If you pay extra, you are allowed to access the Queen's Diamond Jubilee Gallery, which sits 52 feet above the main floor and houses royal paintings and effigies. Though there is a strict no-photo policy, I snuck a picture of the abbey from the triforium... only to be told by security to put away my phone.

One of the things I enjoyed the most about my stay in London was the fact that Hyde Park was ten minutes away from the apartment. Coming across the memorial during an early morning walk, I couldn't not take photos of it. Prince Albert was husband to Queen Victoria but his duties consisted of running the Queen's household and advising the Queen on political matters. When he died of typhoid at the age of 42 in 1861, a mourning Queen Victoria commissioned a memorial in his name. The statue of Prince Albert was unveiled in 1872. The gothic memorial features figures from each continent around the world as well as from different professions (manufacturing, commerce, agriculture, engineering). Taking each detail into account, this memorial is truly an ornate example of Gothic architecture and undoubtedly, proof of Queen Victoria's sincere love for Prince Albert.