A Local School's Reaction to the death of Anthony White, Jr. 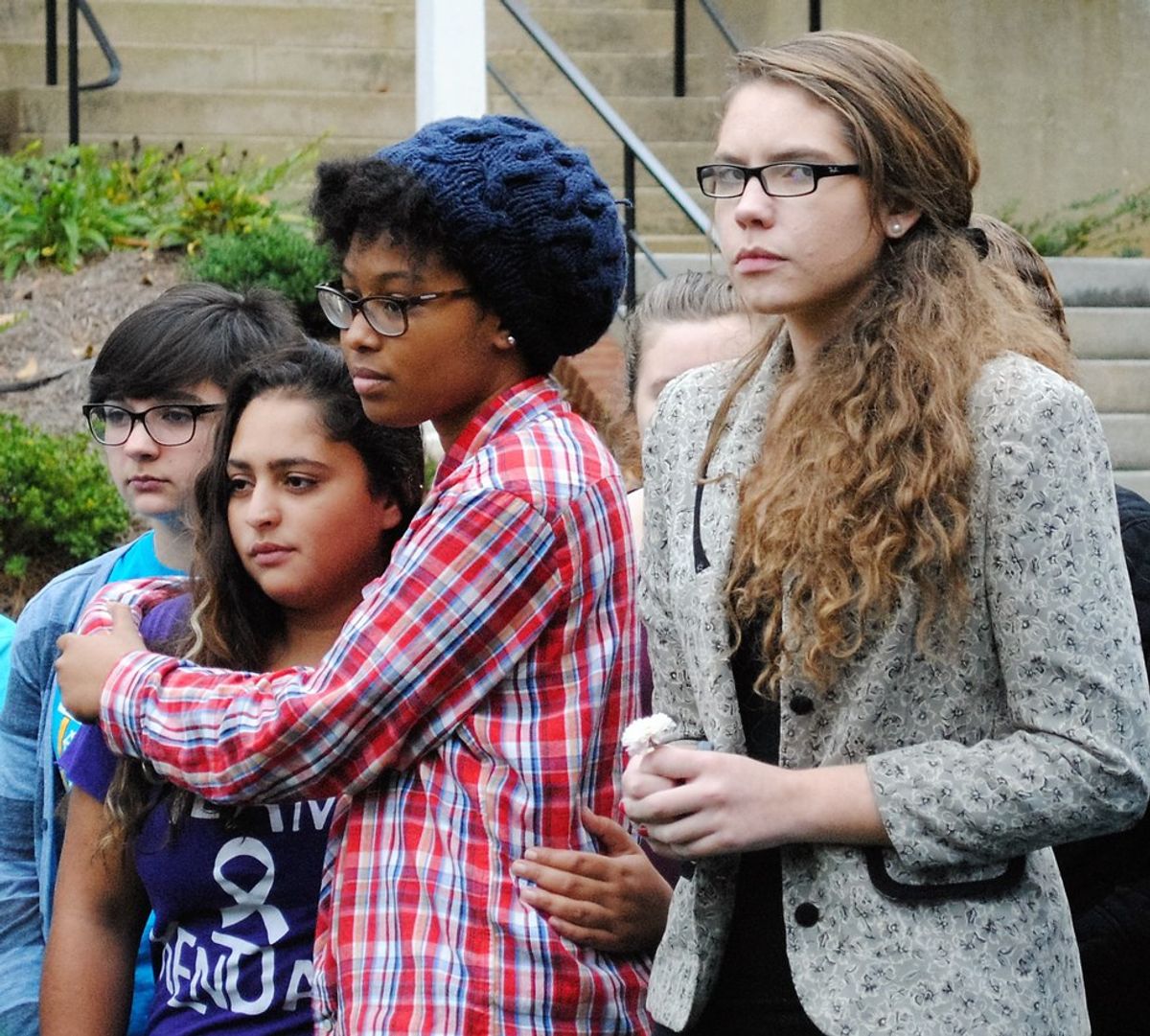 Nearly a week has passed since the tragic Halloween shooting at Winston Salem State University and the death of sophomore Anthony White Jr., but for the surrounding community, the grief is still fresh. Salem College, a women’s college and neighbor to WSSU, held a moment of reflection to honor White’s life this past Friday.

Many of the students expressed their grief at this senseless loss of life:

"I was beyond horrified at what had happened on WSSU's campus, and how that must feel for them, and in that moment, I was also scared for my fellow students on both WSSU's campus, and on Salem's. And I still am very shocked it even happened." Savannah Ettinger '18

"I was really saddened about all that occurred. I was honestly shocked that something so tragic could happen to a community that seemed so close. My prayers and condolences go out to his biological family and the Ram family." Priscilla Solis '19

The media has reported mixed reactions to this tragedy. The local newspaper, the Winston Salem Journal reported that Mayor Allen Joines joins WSSU in their grief, encouraging the idea of the Winston-Salem community united in this time of tragedy.

However, other people and sources used this tragedy as an opportunity to further their political ideals. One opinion editorial suggests that the lack of national coverage of the WSSU tragedy is because the shooter is not a white male. The author also questions “Don’t these Black Lives Matter or is that only the case when it’s a white police officer doing the shooting?”

Several Salem students were vehemently opposed to this insinuation:

"While most of the reactions I’ve seen reflect the caring nature of the Winston-Salem community, I have seen some that are disappointing. To attack Black Lives Matter in this case is dismissive of both the life of Anthony White Jr. and the real issues of institutionalized racism and police brutality." Sarah Vick '18

"Black on black crime was not the reason for the tragic event that occurred at WSSU. Crime has no color and the main focus of WSSU and supporting schools in this area is our imminent hope of unity and mourning for those involved in the situation and for the person who died as a result of the incident." Kymberlie Harris '17

The Winston-Salem community continues to mourn the loss of Anthony White Jr. and with him all the victims and families affected by senseless acts of violence. Thoughts and prayers continue to be lifted up for all those involved.