Drinking with an Australian. 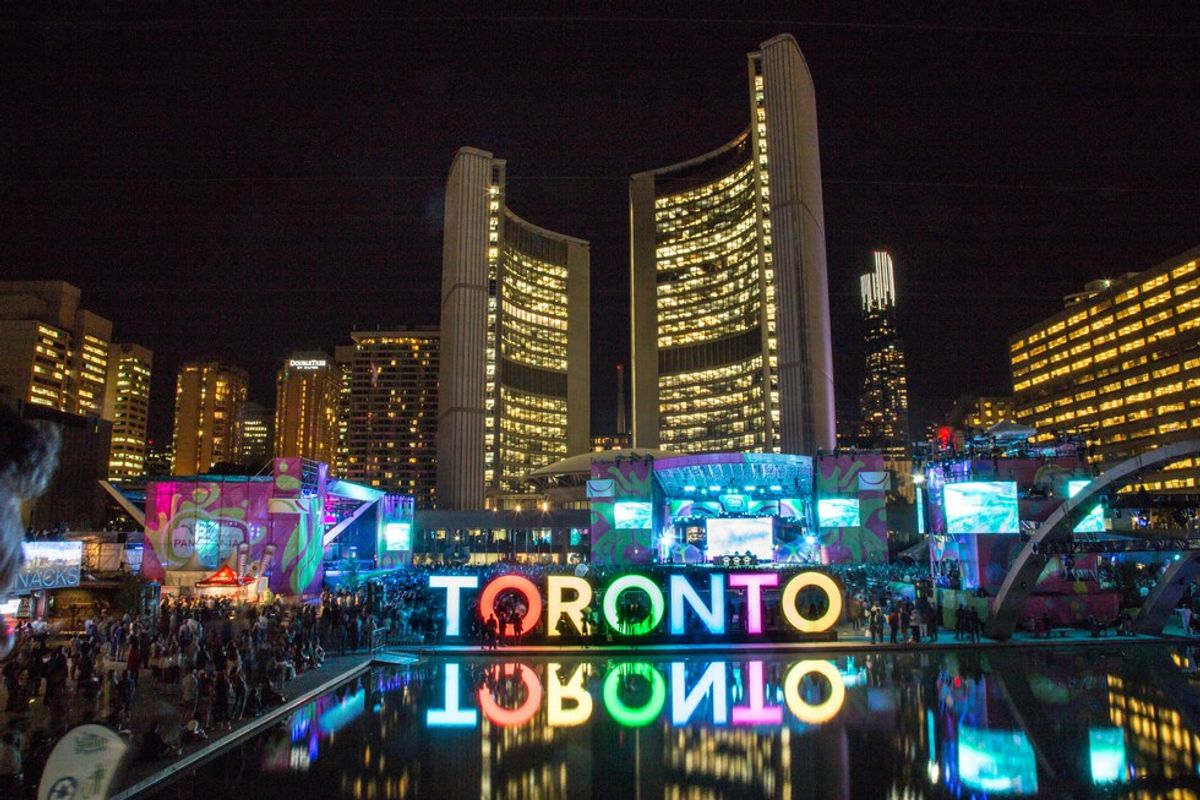 Back at the hostel, Alex and I bump into a nice Australian woman in the elevator. Smiling, she holds the door for us and asks us where we’re from. She has a tight, auburn ponytail that pulls her hair tight against her skull. Her skin is olive brown, and her forehead shines with sweat. I tell her that we’re from California, and she raises her eyebrows and laughs. She tells us that her name is Sarah, and that she’s from Australia.

Sarah says that she’s here in Canada to work. I ask her what she wants to do, and she stares at the display number inside the elevator as we descend. “Don’t know,” she says as the elevator reaches the ground floor, “haven’t really given it a lot of thought.” Sarah smiles at us and changes the subject. “You guys want to walk out for a night on the town?” she asks, and Alex and I are surprised by her forwardness, so we say yes more out of reflex. It’s about eight pm, and the sky is only peppered with stars. Sarah has long legs, so it’s harder for me to keep up with her and Alex. I ask her how long she’s been in Canada, and she skips ahead of me while stating that she’s been here for two months, and that she had trouble with her visa when she was trying to get into the country. We only walk a couple blocks before it starts to get chilly, and Sarah decides that we should get drinks at the hostel. Both of us agree, and hurry back to the bar in the basement. Sarah asks us what we like to drink back home, and Alex and I hesitate long enough for her to realize that we’re from America. She pulls her lips over her gums and cringes.

Alex and I order something called a “melon illusion,” and it tastes amazing. Neon yellow and sweet, it comes in a large mason jar with a pineapple slice. Alex and I drink three of them each, and by the end of it, we are thoroughly drunk. Sarah, on the other hand, calmly sips a beer of some kind while laughing at both of us. We continue to drink.

Sarah asks us if we think she can jump from the sixth floor to the balcony on the fifth floor. Alex and I tell her not to do, and she stares at us with glassy eyes. She had gone outside to smoke a joint an hour ago, and she’s been making some questionable decisions ever since then. But this one takes the cake. Alex and I follow her to the fifth floor, ready to apprehend her if we need to. Sarah ends up going to the fifth floor and leaning over the balcony while shaking her head. “No, she says, that’d be a bad, bad idea.” We spend the rest of the night down in the bar, drinking until we feel like going to bed.