What it means to be officially tooling around. 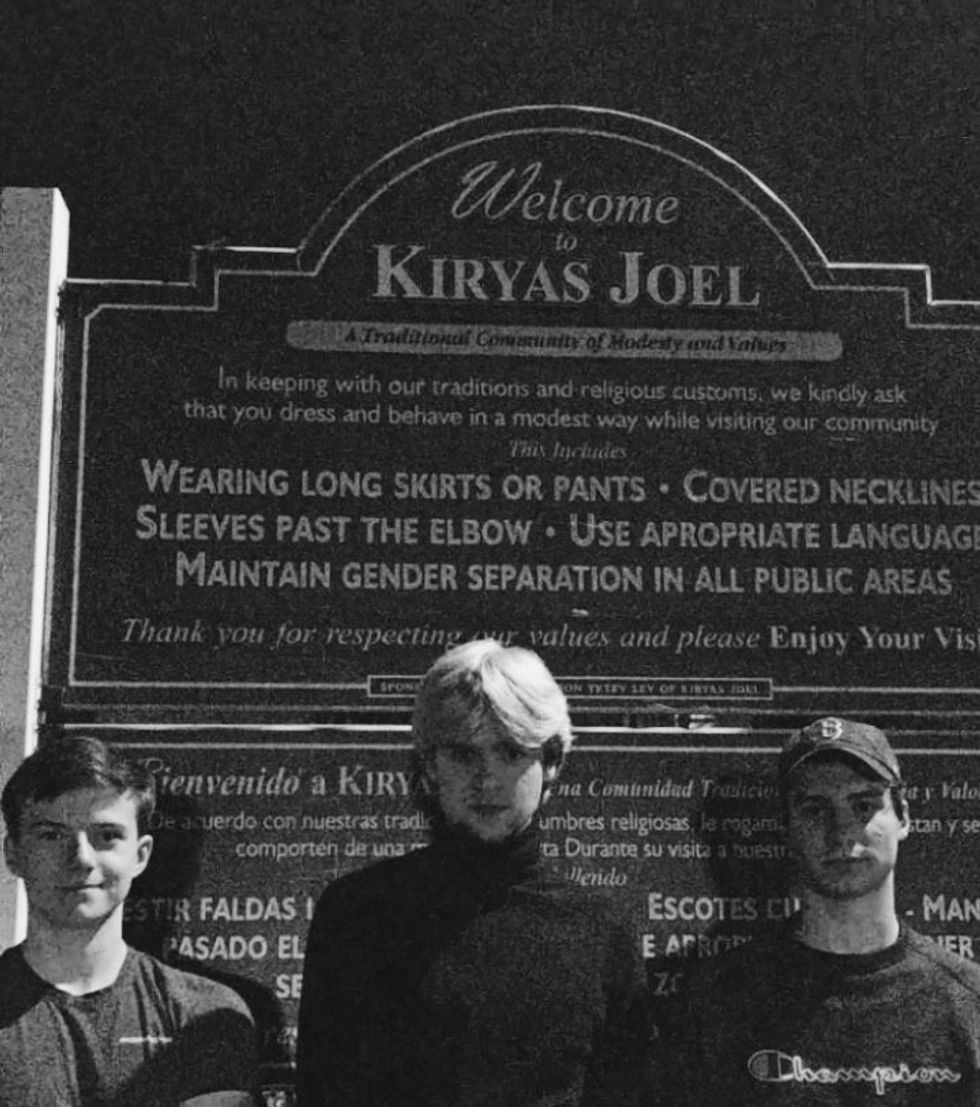 These are all the places in which the toolers have traveled. Tooling is not simply driving to a place and taking a picture; tooling is an art, tooling is an expression. When one "tools around" it can be assumed that they are traveling to a place, walk, have tasteful banter, and otherwise participate in engaging and academic discussion.

I can tell you a few tooling stories, the origin of the word "tooling" and how its use came to be today, all the while educating you, the reader, on what it means to tool. Perhaps you may be able to tool around yourselves after reading this. Perhaps you already have tooled. Either way, it'll entertain and educate you. Here's the story of our three toolers, Chris, Jack and Thomas Hurley.

The origins of the term "tooling around" are found in Samuel Hyde's "World Peace" set of skits in his adult swim comedy show Million Dollar Extreme. In a short clip of his dinner party skit, Mr. Hyde is seen sitting on a couch next to "the dog of a woman he married," according to brother Nick, who joins with them in conversation. Initially, Nick, Sam and Sam's wife are gently conversing, but it quickly grows out of hand. When Nick offers wine to Sam's wife, saying it's "only $36 a bottle," Nick allegedly trips Sam's wife, causing her to fall over onto a glass coffee table, shattering it. Sam's wife emerges, injured, with multiple glass shards piercing through her body. Sam accuses Nick of "tripping [my] wife, man." Nick denies it. Sam then mentions:

"...me and my wife, we're gonna go up to New Hampshire and tool around on the

This concludes the origin story for the term tooling around. Today, the phrase still keeps some of its original definition with a slightly different spin. Today, tooling means going to any location (not just New Hampshire) and occurs within Chris' Ford Raptor truck, not a tandem bicycle.

One of our most memorable and legendary tools was when we made the important pilgrimage to Kiryas Joel in the town of Palm Tree, New York. Located in Orange County, Palm Tree is a newly formed town that allowed the Village of Kiryas Joel to separate from its former town, Monroe, New York. You can read more about Kiryas Joel by clicking here. In short, Kiryas Joel is a traditional Orthodox Jewish community. We went on a Saturday, which is the Sabbath in the Jewish faith, and it meant seeing most of the community gathered in public places, mostly in the temple. Driving around, the three of us were introduced to life in KJ; the main public market, the town's temple, hotel, and residential communities where residents lived. Interesting to note was what the residents were wearing; long, black overcoats with traditional headwear the three of us had never really seen before. Women and children walked on the right side of the street, while men were forced to walk on the left, and most business there were closed due to the Sabbath. It truly was one of the more memorable tools. At every place we go to, we make sure to get a picture in front of the "Welcome to" sign, which also served to instruct visitors on how to behave when visiting the community.

By far the best tooling experience is the annual Christmas Eve tool. It's when we go to a beach in Westerly, RI and tool around there for a while. This year, we actually brought the Raptor onto the beach, only to find that it got stuck despite the fact that we'd put it into "Baja mode." We spun around in the sand for ten minutes trying to figure out how to get the truck out of the sand and safely back onto asphalt. After a while I got out of the truck to try and help direct Chris on how to turn so we could gain traction. As soon as he did, he sped off into the Rhode Island night due to fear of local authorities, leaving me to fend for myself! I quickly ran away from the beach and ducked behind an ice cream truck parked alongside the road. Chris eventually came back for me and we left Westerly lucky to have gotten the truck on the road again.

As you can already begin to see, tooling produces some of the best memories one can have in their life. It all started from Sam Hyde's Million Dollar Extreme skit and turned into a tradition for my friends and I. We are always planning new and exciting tools, like going down to Tony Soprano's house in North Caldwell, NJ for example. If you can, tool around. It is simply the best.