It Is Time For Us To Become Radical
Odyssey

It Is Time For Us To Become Radical

Love is the only thing that can drive out hate. 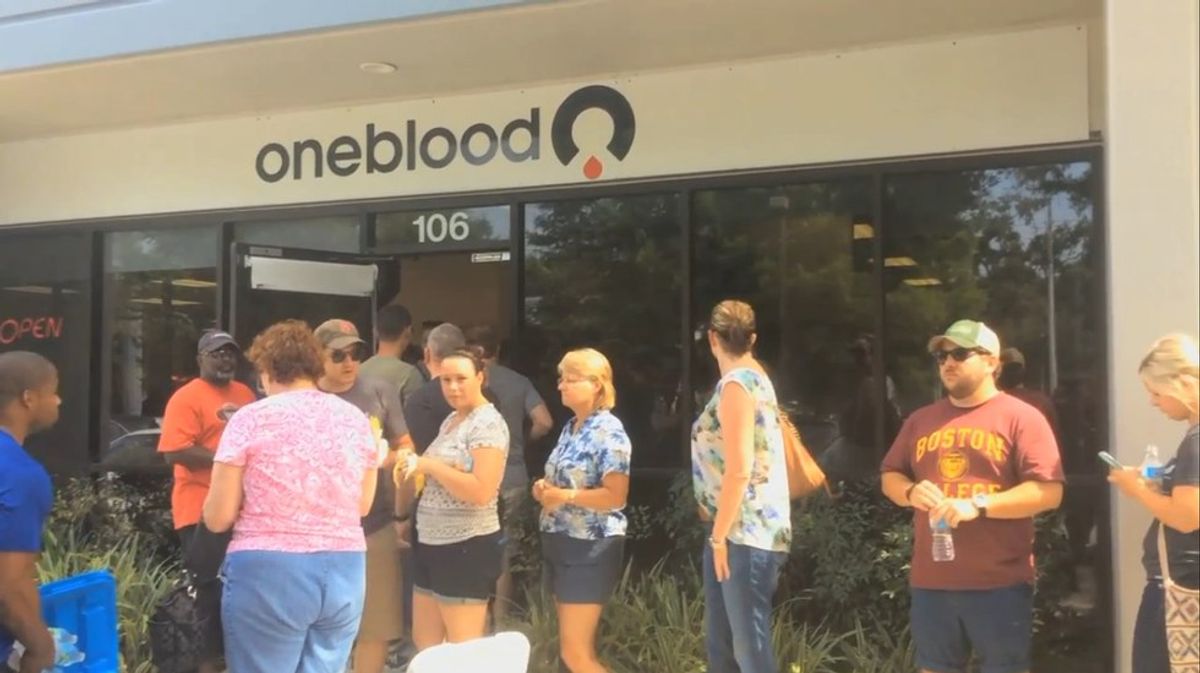 2016 has been a tough year for the United States. Most recently, 50 people have been killed and 50-plus are injured as the result of a horrific shooting at a nightclub in Orlando, Florida. The shooter had previously been under FBI surveillance and had openly declared allegiance to the Islamic State.

I could make this a tirade about gun control or about terrorism and the permeability of our borders, but I won't.

Regardless of what else was in his mind, Omar Mateen was filled with hate. He was not filled with love for the god he calls Allah, because that is not what Allah called for, though is what is called for by radicalized Muslims today.

But Allah is not my god. I understand the pillars of Islam and that it is a religion of peace, but I haven't read the Quran. I have, however, read the Holy Bible. I follow Jesus Christ. And today, the phrase "radical" has a negative connotation, but that's what Jesus was, and that's what the rest of us should be, too. To be radical means "to get to the root of things." And, for any Christian, the root of things is love. The long and the short of the Bible, of what Jesus came to show us can be summed up in two verses: "Love the Lord your God with all your heart," (Matthew 22:37) and "love your neighbor as yourself," (Matthew 22:39). That's the long and the short of it. Every action we take should flow from that.

A lot of times, context is an issue with interpreting Bible verses and carrying out what Jesus asked of us, but with the two aforementioned verses, Jesus didn't stutter. He wasn't speaking in parable. That isn't the cherry on top. That's the whole thing. That's the name of the game.

It is time that us as Christians living in the United States got radical. It is time we got back to the things Jesus said and did wen God sent him to live on Earth. There is no human we come in contact with that is unworthy of the love of God, and by default there is no one unworthy of our love. It is not our place to judge others based upon their religion, based upon who they spend their time with, based upon what they do with their time or who they chose to love.

Jesus didn't spend time with prostitutes and murderers and hang from a cross so that we could be under the impression two thousand years later that it is okay for us to pick and choose.

Love is not a passive action. Love requires embracing each other's differences and fighting for others to have the freedom to choose how to live their lives. It requires doing things for others and tossing "looking out for number one" to the wayside. Love is recognition that we aren't special but that we are the body of Christ, and that a body cannot properly function without all of its unique parts.

Love is the only surefire way to drive out hate like the kind displayed by Omar Mateen this weekend. A great deal of love has already been shown to the victims of the largest gun massacre in United States history. It is evident by the actions of those in around Orlando that are waiting in lines hundreds of feet long to donate blood and plasma and save the lives of those affected by the shooting at Pulse, and by the outpouring of love and support on social media. We cannot lose that momentum. We cannot save our solidarity for times of crisis. Love must be ongoing and unceasing.

We can write laws and stay indoors out of fear for our safety and filibuster and argue all day long. But until we drop everything and love each other, we cannot solve anything. Let's show those who wish to do us harm that we won't stand for it. Let's drop our judgments, preconceptions and discomforts. Let's join hands and love.