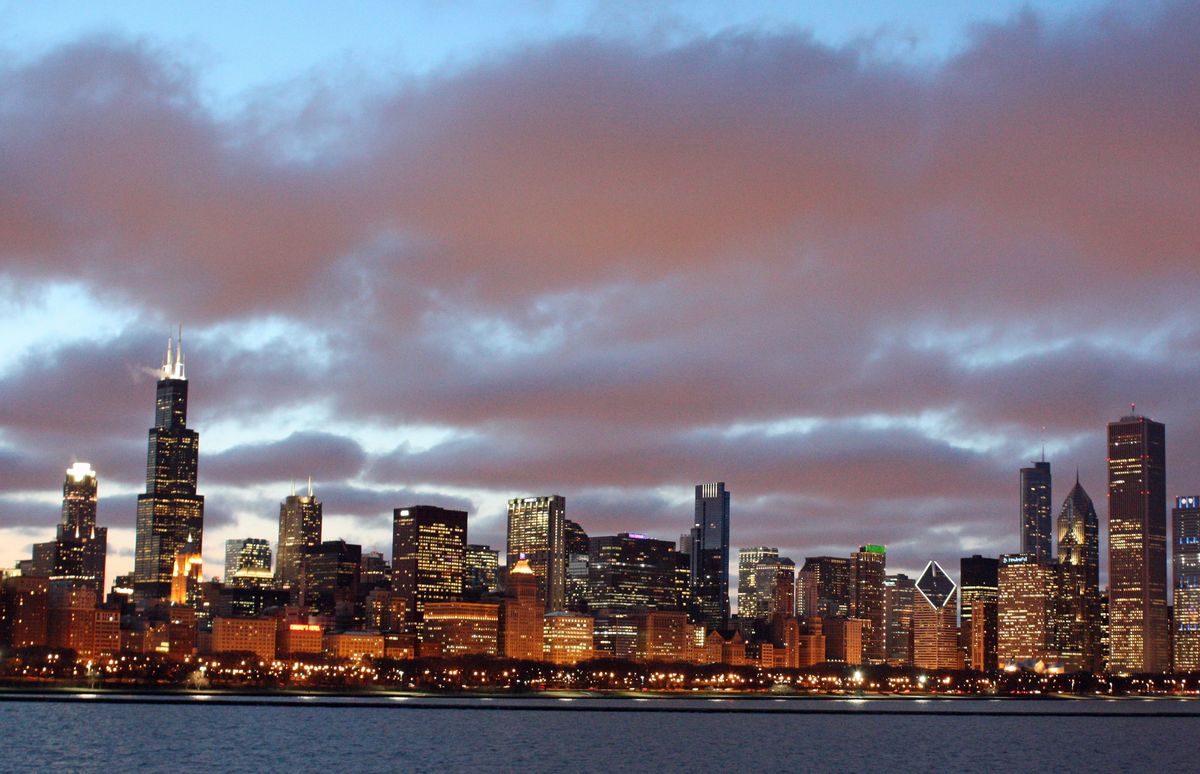 When I signed up to write for Odyssey at UChicago, I decided that I would only write about music. However, I feel the need to get some things off my chest about the racism I have encountered while here (both intentional and unintentional).

Before I move forward with this article, I would like to point out that I am in no way trying to make it seem like what I have experienced even compares to what African-Americans and Latinx's have had to go through in this country.

Growing up in a liberal area, I really only experienced three instances of racism (all of which were microaggressions):

1. When kids at school would say, "You're so Asian," because of the music I listened to, the TV I watched, the instruments I played, and the school subjects I liked to study

2. When I was in elementary school and classmates would use their fingers to stretch out their eyes and yell, "Japanese, Chinese, Korean...." (Hey. At least they realized that not all Asians are Chinese.)

3. When classmates assumed that I was good at math

I never really gave much thought to these occurrences. I would be lying if I said they did not bother me a little bit, but it seemed so normal to me that I just sort of played along. It also seemed that peers only ever engaged in these acts as a joke or to have fun, so by commenting on how their actions might be racist, I would have been chided for "killing" their fun.

Coming to UChicago, I didn't expect to experience any sort of racism. The student body is about 20% Asian and I had always been told that UChicago is one of the most liberal universities in the country. But, I am sad to say that after coming here, I have encountered a few, sometimes blatant, instances of racism. Here's a few:

1. I was in a Regenstein Library elevator with a few friends and I said something in Korean. After hearing me talk, the two other people in the elevator said, "Ching chong ching chong."

2. I was, again, walking into a Regenstein Library elevator that an older man was already standing in. He asked me, "Floor 5, I'm assuming?" I said, "No. Floor 3, please." He replied, "Oh. I just assume that you guys are always going to the East Asian Collections."

3. While on a bus with my friends, we were conversing in English on opposite sides of the bus aisle. A man wanted to get through to get off the bus and tried to mimic Chinese by speaking random syllables incoherently (even though he had heard us speaking fluent English). But when needing an older non-Asian man to move out of his way, he said, very politely, "Excuse me, sir."

4. While waiting at a bus stop with a friend, we were conversing, again, in English, when a (slightly intoxicated) man came up to me, shook my hand, and said, "Wow. You speak English so well." Not knowing what to do, I just sort of looked at him with a blank face. He went on to say, "Oh no. I didn't mean to offend you."

I normally would not be phased by these sorts of occurrences, but in light of what I am reading in my SOSC core class right now, they got me thinking. So, here I am, in the Starbucks in Saieh, writing this article.

I would like to share 3 points that I have been thinking about and will hopefully get you thinking too:

First, Asian-Americans are often left out of the conversation about race. In my opinion, this is in part due to the fact that we are usually reluctant to speak up about race issues (again, I don't want to make it seem like I am speaking for anyone else, but this is the case for me). This has not been as true in more recent years, most visibly in the large movement to rid mainstream media of Asian stereotypes and to actually cast Asian characters with Asian actors. I personally think that I may be part of the problem; it took a lot for me to even decide to write this article, because I was afraid of ruffling feathers. I know that in the past, Asians were banned from entering the United States (Chinese Exclusion Act of 1882), Asians were lynched in some instances, and Japanese people were interned during WWII, but more recently, there have not been huge reports of blatant racism against Asians. So personally, I sometimes feel as though speaking out is not justified. Seeing and hearing about all of the terrible and horrendous things that Blacks and Latinx's have to endure in this country makes me view any hurt I feel because of microaggressions against me as invalid. However, racism is racism. Any sort of differential treatment on the basis of race should be eradicated. Just because Asian-Americans may not be facing extreme cases of racism does not mean that we should sit down and take it. In addition, the Asian American community should take a more active role in fighting to end racism and fight alongside the minorities that are taking the brunt of it.

Second, in the first two instances I described, the people who made those comments were both White; however, in the last two instances, the people who made those comments were Black. I am not trying to be vindictive towards entire racial groups, but I just want to point out that often times, when talking about race, it is made out as if it is White people against everyone else. But history shows us that this is not the case. I was surprised that an overwhelming number of people I have met (who are not from LA and have not learned about LA history) do not know of the racial tensions between the Korean-American and African-American communities leading up to the LA Riots. While Rodney King was arguably the largest reason why the riots occurred, there was also a lot of fear and hatred harbored between the Korean-American and African-American communities, largely due to the proliferation of Korean-owned businesses in Black communities and instances of racial profiling, leading to the targeting of Asian-owned businesses during the LA Riots. I will not go more into detail, but I strongly encourage everyone to read up on these events even a little bit because it is a reminder that we cannot ignore tensions among minorities.

Third, in "Self, Culture, and Society" (my SOSC class), we just finished reading Simone de Beauvoir's The Second Sex. De Beauvoir's idea of the "Other" really struck a chord with me. The way she framed the way that women never really had an identity apart from men made me think of the whole idea of Asians as the "model minority." The term "model minority" defines Asians in relation to Whites and the dominant culture. We came to be considered the "model minority" because we assimilated into White culture. But the fact that we are still given a label shows that while we may be able to assimilate into White culture, we will never be considered to truly belong. We will always be an "Other."

Lastly, as a whole, as a country we need to wake up and stop blaming only the South and basically anywhere that is "red" for the racism in this country. Racism is everywhere. I have a close friend who goes to college in North Carolina (only 9% of his school being Asian) and he has experienced almost no racism (not even microaggressions). On the other hand, I attend college in a big city and have come face-to-face with racist remarks both on and off campus. While this comparison is not perfect, it still shows that racism is not completely concentrated in any one region or state. We all need to take a good look around us, wherever we are, and look for ways that we can help end racism in this country.