Things That Need Your Attention More Than Trump and Hillary
Odyssey

Things That Need Your Attention More Than Trump and Hillary

5 prominent issues that need your support more than any campaign. 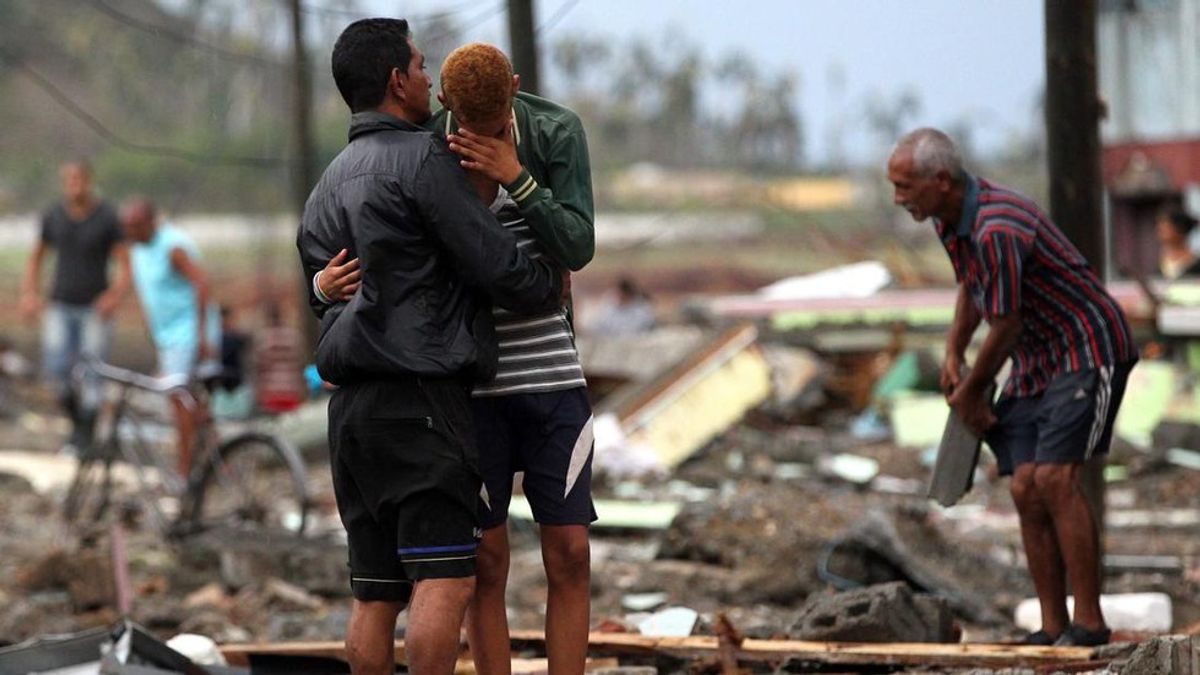 Unless you live under a rock, you are completely aware of the political monstrosity that is taking place in our nation right now. Whether you support Trump or Hilary, you should take a break from politics and give your attention to more important issues going on. As a young college student, I am tired of consistently hearing the negativity that this presidential election has caused, and not enough discussion about what really matters. How are we supposed to listen to these “potential professional presidential leaders”, when there are other issues at hand that need our attention more. Lets all agree to disagree and start listening to each other. Here are some very important issues going on in the United States right now, that deserve your attention.

Hurricane Matthew is now in its post tropical cyclone stage, but the damages are continuous. While the catastrophe is still being felt in areas such as North Carolina, Georgia, Florida and South Carolina, the main impact was taken upon in Haiti. Matthew has killed at least 17 people in the United States and well over 800 people in Haiti according to a local civil protection official. The storm has washed out cities and shut down roads, left people stranded on their roofs, and 2.3 million without power. There are numerous ways to help the victims of Hurricane Matthew, but one of the most predominant and simplest ways to donate is the through the American Red Cross. You can make a donation at www.redcross.org, calling 1-800-REDCROSS or simply texting MATTHEW to 90999 to make a $10 donation. Other than donating money, you can volunteer through certain organizations such as MedShare, Habitat for Humanity and Doctors Without Borders. And simply, spread the word. The people who have suffered through this storm deserve our support and love right now.

The 22 mile long Catalina Island on the outskirts of Southern California is currently in a stage 3 mandatory rationing program, that began in September. The islands main reservoir is critically low and is causing a scarce of clean water throughout the area. The community is hoping for a huge downpour of rain to arrive at some point, but until then they are faced with having to sacrifice their every day water usage. The community is now being told that 40% of their daily water usage needs to be conserved, therefore causing two minute long showers or less, reusing water to clean floors at restaurants, laundering their clothes for one hour a week, etc. If the community does not abide by the water conservation rules, they can be fined up to $250. At this point, there is really nothing that can be done to help the people of Catalina expect for a huge rainstorm.

Did you know that the United States is now facing the biggest heroin epidemic in decades? The drug Heroin is brought in through the undergrounds, from air and sea; law enforcement is currently struggling to keep this drug out of our borders. More than 7 tons of heroin was seized in the United States last year alone, which is more than 15,000 pounds. There are more than 10,000 heroin related deaths last year. Now we are facing an even bigger issue because the heroin plant is now being mixed with Fentanyl, which is 50-100 times more potent; therefore law enforcements are expecting a growing death rate from the use of this drug.

The statistics regarding bullying and suicides in the United States are growing, and this is a really prominent issue within the United States. According to the Business Insider, 83% of girls and 79% of boys report experiencing harassment, and 1 in every 10 students who drop out of school do so because of repeated bullying. As I was reading through articles and statistics regarding bullying, I came across the Be ONE Project created by Matthew Kaplan. Kaplan created the Be ONE Project after his younger brother, Josh, was bullied at their middle school. Kaplan created this program as a non-judgmental forum for kids to get to know one other, and to create empathy between students. The program “catches the middle school kids at the critical juncture when they acquire the power to either be part of the problem or part of the solution”. Kaplan is extraordinarily inspiring because not only did he make the decision to fight for what he believed in, he followed it through and is now the creator of a national non-profit organization. You can get involved or find more information with the Be ONE Project by going to http://www.thebeoneproject.org.

As you have probably seen in the news, there was recently a huge chaos of media focused around a former swimmer at Stanford University, Brock Turner, who was accused of raping a intoxicated and unconscious 22-year-old woman on campus. 2 students happen to be riding their bikes by the incident when they witnessed what Turner was doing to this woman, and they proceeded to chase him down and restrain him until law enforcement arrived to the scene. The police arrested Turner that evening, and he was released the next day posting $150,000 bail. Turner was indicted in January of 2015 on five charges, two for rape, two for felony sexual assault, and one for attempted rape. He was arraigned in February of 2015, pleading not guilty on all five charges. In October of 2015, after reviewing the DNA tests, the two rape charges were dropped. The initial trial began in March of 2016, with convictions that carried a potential sentence up to 14 years in prison. In June of 2016, Santa Clara County Superior Court Judge Aaron Persky sentenced Turner to six months confinement in Santa Clara County jail, with 3 years of probation. After the case was closed, there was a huge uproar of criticism of the Judge Persky for having a judicial bias in favor of white, upper class males. Earlier last week state lawmakers in California passed a bill written by the Santa Clara district attorneys office calling for mandatory prison time for those convicted of sexual assaults upon intoxicated or unconscious victims. I strongly encourage that everyone who speaks about this case to read the victims letter that she read in court before Turner’s sentencing; you can find this at - http://www.cnn.com/2016/09/02/us/brock-turner-release-jail/. Sexual assault is extremely prominent within our nation, and it should never be taken lightly. I hope that within these coming years, we as Americans can do better than this.

Instead of investing in buttons, hats, shirts that support your top pick for the upcoming election, maybe invest in a bigger cause? We don’t need Trump or Hillary to make our America better, we can make a better America by speaking up and spreading our knowledge.