How To Keep Your Mental Health Strong During Finals

4.0 Things You Need To Know About Your Mental Health During Midterms And Finals

Your biggest friend through this time is a focused mindset. 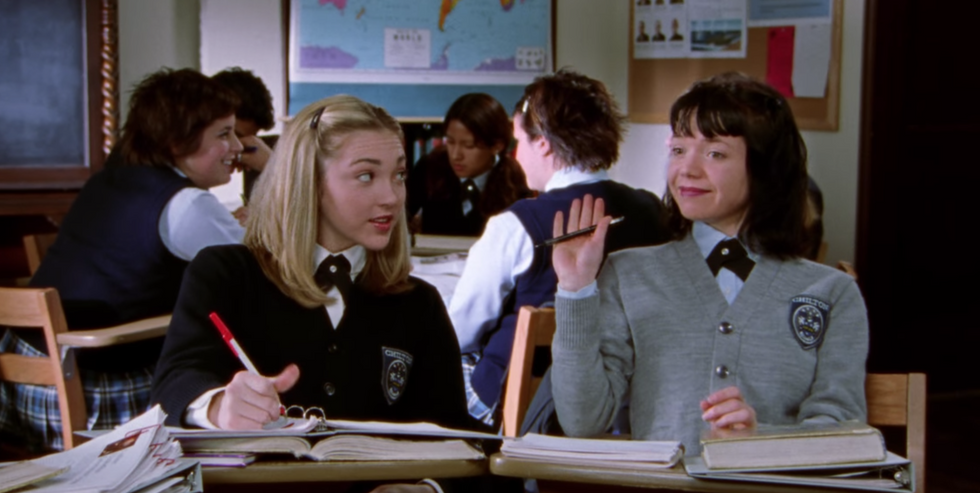 No matter whether you're in high school or college, you're bound to eventually be hit by the realization that midterms are coming up. While the average person associates December with snow and winter break, you're bouncing off the walls, realizing that exams are approaching faster!

While the thought keeps ringing in your head as you imagine the best ways for you to study, it's also important to remember that your mental health comes first in all of this for these reasons.

Your worries about finals do not single you out

It may be comforting to know that you're not the only person who feels as though the weight of finals on your grades is difficult to visualize. These exams have been heavily mentioned throughout the semester, and now that they're coming up, you're bound to have a large group of students feeling the same way you do. No worries! It's good that you recognize how important these grades are.

You're bound to have your ups and downs

You have unspeakable amounts of pressure on your shoulders, so it would be unfair to expect you to stay levelheaded every single second of every single day. So if you feel tired all of a sudden, take a break! You deserve it, and there's no reason for you to push yourself and act as if you've got superhuman strength.

It's OK to want to be completely alone at times

I know that when I'm getting ready for midterms every November and December, I'll suddenly want to spend the entire day studying in my room. This really isn't abnormal — plus, you're less distracted when you're on your own, so what's the harm in taking one day to hit the books? It's not like you're disappearing into a cave forever, so if someone is making it be that way, that person is exaggerating to an alarming degree.

But that's OK. You constantly hear these campaigns of people telling you to "Keep your head up!" and "Don't give up when you're ahead!" but, as people say, those bad days are only meant to make the good days feel even better.

Let's say that you finally understand that textbook page after reading it for the 50th time. Good on you! But if during a review of the material you answer one question incorrectly, you begin to feel again like you're not grasping the material. Who said, though, that you had to learn everything the moment you read your textbook? It's all about learning from mistakes and picking up where you left off.

You will have enough time to get everything done

Even if the clock seems to be ticking faster than usual, that's just you spending the time you could be studying with just staring at the clock instead. You'll always find some time to fit in another review session.

Spending time with them couldn't hurt, and you'll need that break from the cramming you're doing those few weeks before exams. If you have one day with no plans, just get together with the people who matter most. They're the ones who will help you through your low points and celebrate you during your high points.

Social media can have the tendency to bring you down

So delete it. Even if it's addicting, that nagging feeling of "I could be as good as this person if I tried harder" that you get when staring at a screen does you no good when you take your finals. Like everyone says, social media is only for people to show the curated, happy sides of their lives. They're not showing you the fact that they could be feeling the same way you do.

You are a combination of your words, actions, and impact every day, so a few weeks of feeling under the weather aren't bound to show the world that you're just a puddle of feelings. You have years of wonderful memories to show that this just isn't true.

You need the nap. Take the nap.

Feeling tired? Your body is trying to send you a message, so don't ignore it. That nap is good for you and will help you focus the next time you study, so don't postpone it just because it seems more efficient to study harder now.

Even if you've been down during exams, you will bounce back when they're done

Once that last exam is over for the year, you're free! You now have the ability to revert to 100 percent of the amazing person you are, and your weeks of heightened effort and study have paid off in the end!