The Magic of REZZ Rocks
Odyssey
Odyssey
CurrentlySwoonLifestyleHealth & WellnessStudent LifeStuffEntertainmentPolitics and ActivismSportsAdulting
ShopOdyssey UniversityAbout usAdvertiseTermsPrivacyDMCAContact us
® 2019 ODYSSEY
Welcome back
Sign in to comment to your favorite stories, participate in your community and interact with your friends
or
LOG IN WITH FACEBOOK
No account? Create one

The Magic of REZZ Rocks

REZZ sells out her second night at Red Rocks on her "Beyond the Senses" tour.

Have you ever experienced something that was way better than you could have ever imagined it? This Sunday, September 22nd, I had the absolute honor of attending REZZ'S second annual Red Rocks show which was appropriately titled "REZZ Rocks" on her headlining "Beyond the Senses" tour. The show was captivating and nothing short of magical. 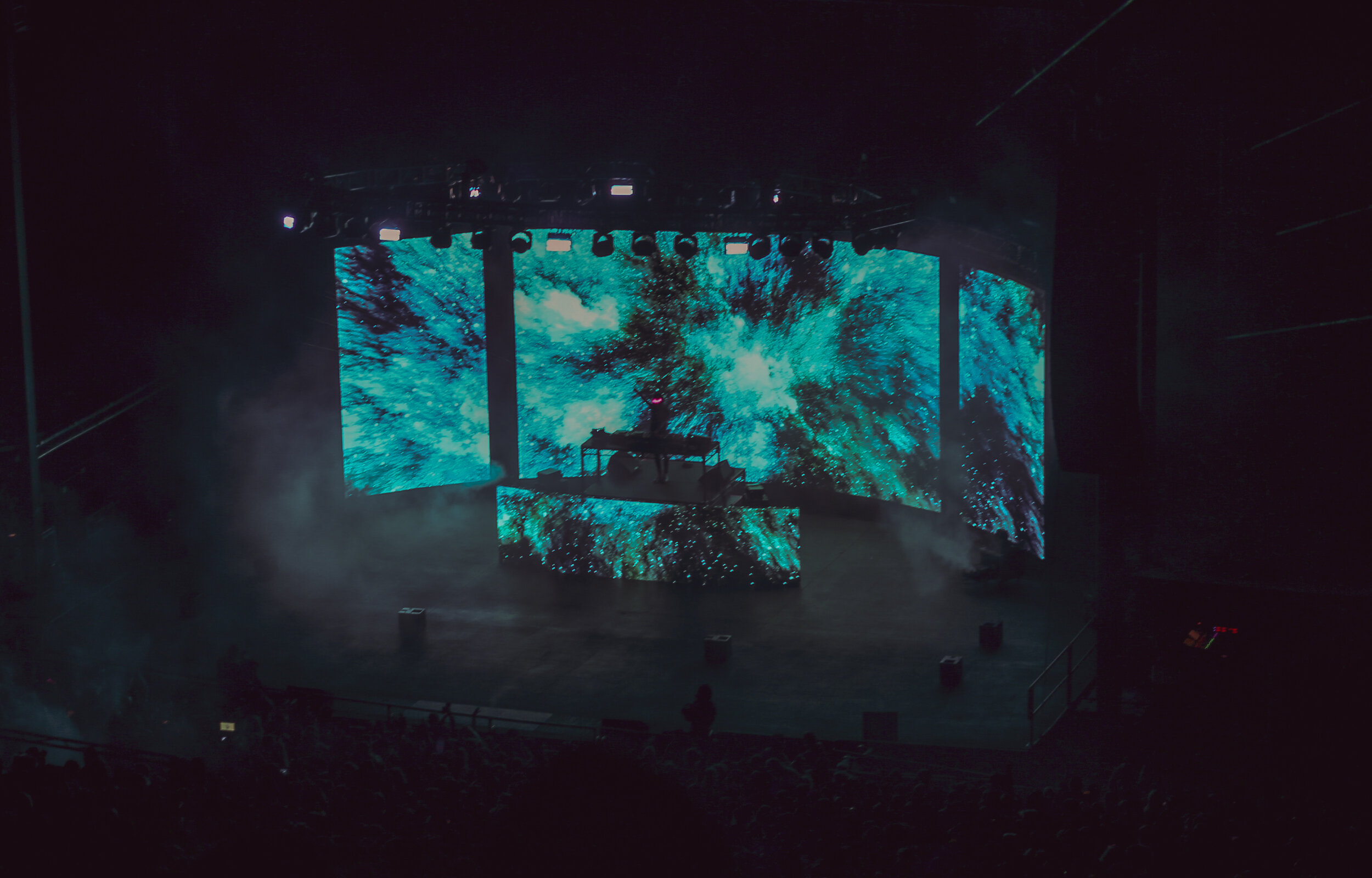 My dad, who's cooler than I'll ever be, actually bought me and my sister tickets to the show. He says it's inspiring that REZZ is selling out Red Rocks at 24 years old, and anyone would agree. He bought the tickets for my sister and I because he believes that REZZ is a great example of what's possible, and for REZZ the possibilities are limitless. At 16 years old Isabelle Rezazadeh started attending festivals and became inspired to make her own music. From an early age, she noticed that there were no women that were popular in the electronic music scene and wanted to make a name for herself. She called herself REZZ by using the four consonants of her last name (Brain). She also says on her Spotify bio that she started teaching herself how to produce music via online tutorials around that same age. Eventually she gained the attention of well-known EDM artists Skrillex and DeadMau5 and is now signed to DeadMau5's label "Mau5trap." (Brain). Now, she's headlining a tour and has 2 EPs and one full length album. She had a vision and brought it to life in a way that no artist ever has. 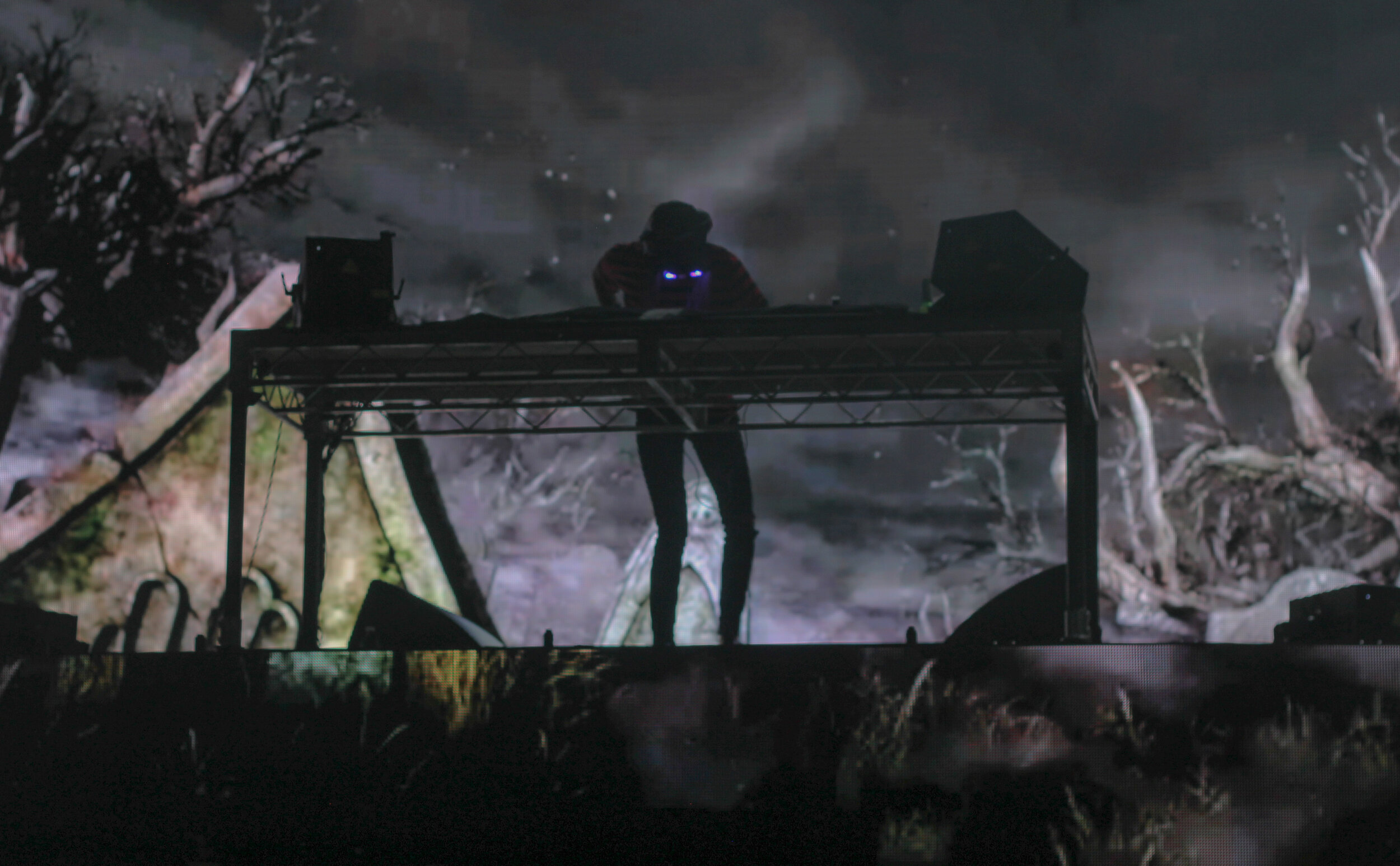 REZZ Rocks was a euphoric experience that I don't think I'll ever forget.. On stage, REZZ wore her signature spinning light-up glasses and stood on a high-rise, center-stage, while an a kaleidoscopic light show happened behind her. This made her appear as a black silhouette for most of the show. Coupled with the light-up glasses for contrast, she appeared somewhat omnipotent and alien-like. She opened the show with songs "Kiss of Death," "H E X," and "Relax." Each song had the crowd more hyped than the last as she transitioned from each song with fire surrounding her on stage. Every time the beat dropped, 9,000 people at Red Rocks dropped with it and it felt so special to be a part of that crowd. The show ended with a surprise encore song from REZZ and fireworks to accompany it. The day following the show REZZ tweeted: "Not gonna get over last night for a long time. Couldn't explain how beautiful and connected I felt to the crowd & just knowing more than half of those people travelled to attend the experience is insane. Can't wait to throw more large cult events in 2020."

In 2020 REZZ will be headlining not one but two nights at Red Rocks. So, if you're the type of person that likes funky music, dancing, and inspirational female artists, I would highly encourage you to attend.

Brain, K. (2019, March 28). Inside the Cult of REZZ: How the DJ-Producer Built a Frenzied Following Without Radio Hits. Retrieved from: https://www.billboard.com/articles/news/dance/8504354/rezz-billboard-cover-story-2019

Upcoming Tech in the Cannabis Industry

3 Shows to Binge for Every Mood

4 Ways to Get Financial Freedom With the Internet

10 Ways to Fund Your Travel Lifestyle

10 Fast Food Fries You NEED TO TRY In College, While Your Metabolism Still Exists

The 10 Best Cities For Singles List Is Here And No, I'm Not Surprised New York Didn't Make The Cut

I Live 30 Seconds Away From The Odessa, TX Mass Shooting, And That's All I Can Think About When I Walk Outside

Do Gender Reveal Parties Have a Place in a Gender-Fluid Society?