The Truth About: Sugar
Odyssey

The Truth About: Sugar

We're addicted and it's killing us. 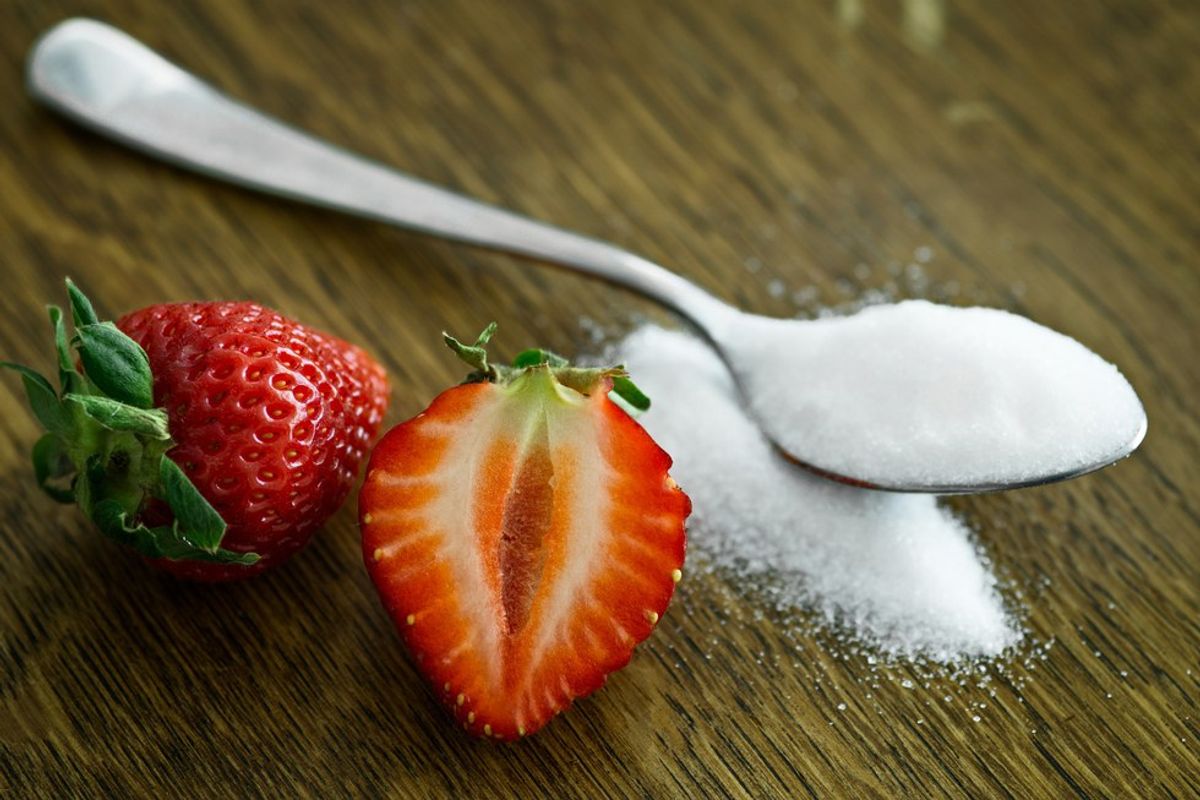 Let’s just get right into it. Sugar is addictive. Very addictive, in fact, is more addictive than cocaine. In fact, it’s one of the most addictive substance on earth (so far). It out does tobacco, cocaine, even opioids. It gives us a little jolt of happy hormones every time we eat it, the same hormones that cocaine and all those other things shoot into your brain. Your brain goes through the same hell it would with any other addictive substance. The jolt of dopamine, that then leads to bingeing, withdrawal, and cravings. Sugar just does it more, for one because we eat it all the time, and for two because it’s much more powerful. So besides being supremely addictive, what else does it do to your body?


Well, here’s the thing about your body and sugar consumption. There are two basic kinds of sugars, simple sugars and complex sugars. Simple sugars (or monosaccharides) are more readily absorbed and broken down within your body, while the complex (disaccharides) are not. Basically, your body can tolerate sugars like fruit sugars, while the stuff they pack into processed food is much harder on you. The body can only handle so much sugar, though there’s a debate of how much (since every person’s metabolism is quite different) I’ve settled on between 4 to 8 teaspoons a day, though some say 6 to 9, yet the average American eats 19-30 teaspoons a day up to 130 pounds a year! When your body overloads on sugar, that sugar is processed in the liver (sugar is basically a poison, and has no nutritional value) the liver gets overloaded so it sends the rest of the stuff to the pancreas, the pancreas then freaks out and produces insulin in higher amounts. This also messes with your other hormones, blocking receptors in your brain that tell you your full and messing with your energy levels. So are you always hungry and tired? That could be why.

The extra sugar you eat is then turned into fat cells that are very difficult to get rid of. Especially the internal fat, the build up around our organs that cause cardiovascular disease, diabetes, and a myriad of other health problems. Basically, sugar has made America fat, diseased, and dying. But what about the seemingly skinny person you work with that eats whatever they want and doesn’t gain weight? Well, they are actually equally affected by this sugar epidemic. While they may not put on the pounds on the outside, the fat is collecting on the inside. Think of it this way, America is about half and half right now on obesity scale, however, of the half that is not obese, 40 percent of those have that internal fat and precursors for cardiovascular disease that the others do. And if we don’t change something, by 2030, 9 percent of American’s will be obese with all the other diseases that come with it.

The prevailing issue here is that sugar is in everything, and for a reason. The Sugar and Food Industry has run the same campaign that the tobacco industry did in the '70s. (There’s a lovely documentary about this on Netflix, with documentation being found that actually outlines their campaign and compares it to the tobacco industry).

There is irrefutable evidence that the food and sugar industry has been working very hard to keep sugar in foods, undermining laws, paying for research to be conducted in their favor, they even had the Harvard's medical department head and scientist on their payroll, swearing in court that sugar was not only nutritious, that it was essential for a healthy lifestyle. All the while, other scientists were being shut down left and right by the industry, trying to get the truth out for decades.

Here are two simple ways you can see these egregious acts at your own grocery store.

Go to any middle aisle, pick up something that is made ‘without high fructose corn syrup’ and read the ingredients. You will notice two things, one, that under the calorie percentages, there’s a percentage for everything BUT sugar. (They worked very hard to keep that percentage off nutrition labels). The second thing you will notice is that even though that product is made without high fructose corn syrup, there will be sugar in it. It may have another name, one of the 61 names for sugar that companies can legally put on nutrition labels. Pick up another product, something that might be touted as “healthy”, and you may find under the ingredients that a different name for sugar is used up to 12 times (that’s the highest I have found so far). If you didn’t know, ingredient labels are set up so that the first ingredient is the prevailing ingredient in that product, in descending order. So seeing sugar in an ingredient list 12 times should be not only alarming, but it should make you angry.

They have put it in everything. Even the health food that claims to be so good. Even in Organic processed foods. I urge you to go to the store, and find something that is processed that does not have sugar in it. (The list is included at the end of this article)

So what do you do now? How can you get healthy? Well your first step it to change your mindset. You have to be aware that you ARE addicted, we all are. And you have to make the choice to no longer need sugar. The second step is buying food that is whole. Veg, fruit, meat, and simple carbohydrates. It’s a hard transition, and I’m not even fully adjusted yet, but I’ll get there someday. Though already I have noticed a difference, the few times I’ve broken down and eaten processed sugar it has made me ill and given me headaches! It’s a reminder of why I’m changing my lifestyle. And you know what helps me? Getting angry. I’m angry that I’ve been conditioned by a company to need a substance that is killing me, it’s ridiculous, it sounds like an "X-Files" episode! I will NOT let someone manipulate me and ruin MY health so they can go on making money. I will not be part of the statistic, and I will not stop bringing the truth into the light.

So the next time you reach for the yogurt, salad dressing, donuts, or cereal on the shelf, ask yourself. Is this really worth my health? Are a few minutes of dopamine worth a possible lifetime of doctor appointments, cardiovascular disease and obesity?

Something to chew on.

Behavioral Research Sources and References for Evidence of Sugar Addiction: