the rape of athens al
Odyssey

By Brigadier General John B. Turchin 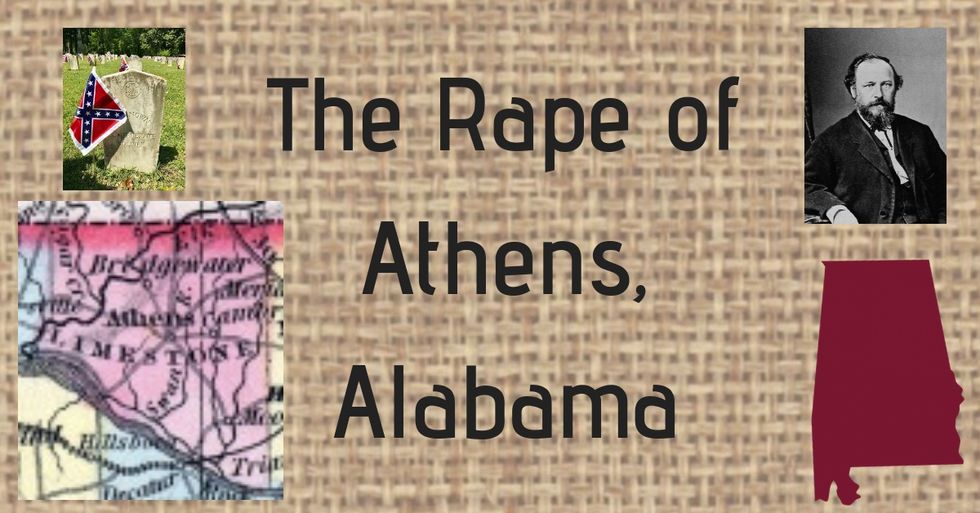 This topic was briefly covered in one of my past articles, "Russian Collusion in The Civil War"

John Basil Turchin, otherwise know throughout history as John Turchin or just "Turchin", committed several atrocities on the State of Alabama throughout the War Between The States particularly in a north Alabama town know as Athens.

Beginning in February 1862 while in Nashville, Don Carlos Buell, A superior officer to Turchin wrote General Order 13a.

General Order 13a promised the Confederate civilians conciliation. Buell basically ordered his men to make themselves less visible and to be more lenient on those civilians as they in simple terms, had no dog in the fight. This was also to gain the trust, and peace of those town's citizens.

On March 18, 1862 Turchin's Brigade stepped of, in a column headed south from Nashville. Their target was Huntsville, and the rail lines that connected within the city, The Memphis & Charleston Railroad and the Nashville & Chattanooga.

When the column reached Huntsville, Gen. Ormsby M. Mitchel and Gen. John B. Turchin stood at street corners while their men searched private homes for firearms. General Order 13a or not, the men did not allow private swaths of firearms by "traitorous citizens".

Turchin is quoted saying, "To swoop down on a large city, take charge of it and require the citizens to act as you dictate to them, gives one a good idea of the prerogatives of war".

On April 29, Turchin headed from Bridgeport to Athens, with his men in the rear. Some other side skirmishes between guerrilla confederates and a small skirmish force led to the death of two men in the 18th Illinois Mounted Infantry. Mitchel erected a brick structure in Huntsville to the death of the men, and then ordered his men not to "leave a grease spot" at Athens, telling a departing train of soldiers, "annihilate them!"

Turchin is claimed to have told his men upon arriving in Athens on May 2nd 1862, "I close my eyes, I see nothing for two hours".

Then the unimaginable happens, all hell broke loose, and the shit hit the fan. Whatever you use to describe it, The Federal army did not treat Athens nicely.

When a slave woman is ordered to "put down a baby", then be consequently gang-raped by a squad of men, while the Missus of the home, a widow is forced to watch.

When the pregnant wife of a Confederate office is pinned down, raped which causes a death of the woman and child.

When town citizens are called Goddamn Bitch, or Goddamn Liar for stating they do not have firearms.

Where is the order?

Why would any willing military superior allow this?

Turchin was later released of military duty, and dismissed from the regiment, however, he was later promoted and given back command of a unit by 1864 by U.S. President Abraham Lincoln.