Main Factors Behind The Price Rise Of Bitcoin Cryptocurrency

Main Factors Behind The Price Rise Of Bitcoin Cryptocurrency

The Price Rise Of Bitcoin Cryptocurrency 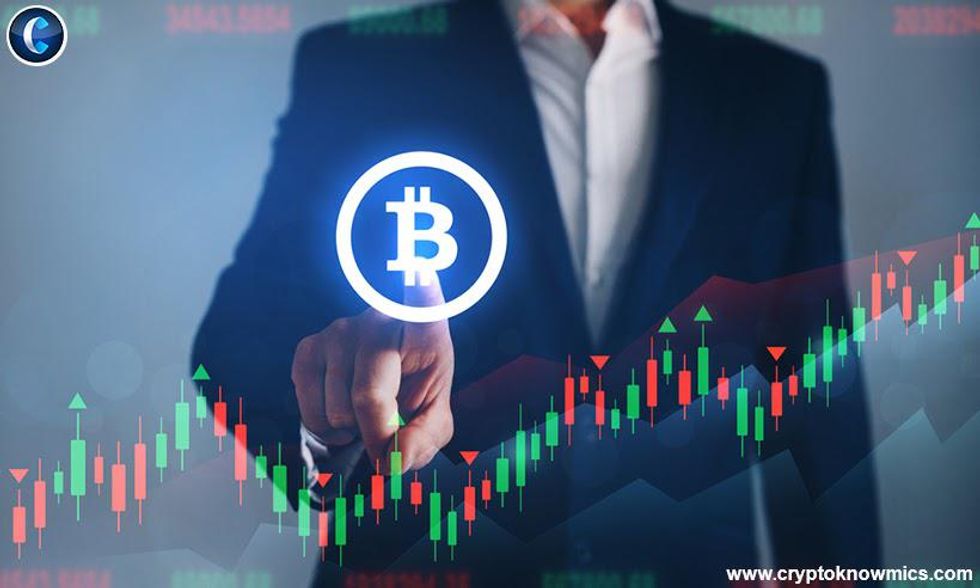 Where most economies suffered a downfall due to the persisting global pandemic virus, COVID-19, the growth of cryptocurrencies amid such financial crunch scenarios became a surprise for many including investors. This indeed has paved the emergence of new crypto businesses in the crypto world amid the rise in Bitcoin cryptocurrency demand and its other fellow counterparts. If you have been following the Bitcoin news today on the leading crypto sites like Cryptoknowmics, then you must be getting new updates of this latter dominant crypto coin.

If you have been abreast of cryptocurrency's latest news today, then you must be aware of Bitcoin's recent price surge hitting $48K ATH. A recent announcement made by an Indian crypto exchange revealed about the raising a million amount funding from the Fintech investors including Kunal Shah who is behind the foundation of a digital financial company, FreeCharge, and the one who took initiative for the CRED app.

The growth of Bitcoin cryptocurrency has become the main underlying factor behind the rise of the crypto market cap touching the mark of $1 trillion. The dominant cryptocurrency has been through a https://www.cryptoknowmics.com/ bull phase and is accountable for the total market value which is around more than 60%.

In August 2020, Bitcoin price was around 600K and currently, it rose to 2500K, indicating a price rise of 400%. The second-most popular cryptocurrency Ethereum has also crossed 100K and rose further in a year. It has further triggered the rise in the prices of other cryptocurrencies, leaving investors in a state of surprise. If you also feel the same, then some main factors are behind the price rise of Bitcoin cryptocurrency. Let us see which are they:

Bitcoin other than being a foremost and top cryptocurrency has now reached the status of safe haven by many especially during the bear market and inflation time. The recent changes in the economic and societal scenario are also the reason behind prompting people to carry minimum cash and refer to Bitcoin cryptocurrency as a fence against the unexpected market movement.

But what to notice is the acceptance of Bitcoin cryptocurrency by most industries and companies who are preferring the latter crypto coin over the cash via conversion. A well-known payment company in America has bought more than $40 million of BTCs.

Giving another example is an American business intelligence company that too seems gripped with the preference of dominant crypto coin and has also sought for the conversion strategy from cash reserves to more than $420 million BTCs.

They find Bitcoin cryptocurrency an ideal asset for storing value. Apart from these examples, other firms follow the suite in accepting cryptocurrencies and boosting their utility. And Bitcoin is indeed the underlying factor behind it.

Preference Of Payment Use In A Big Payment Company

Paypal, a big giant payment company is the latest example in accepting the Bitcoin cryptocurrency as the payment mode for the purchase of goods and services by the customers. Now, it is obvious to understand that when such a big payment giant firm has indicated the green flag to cryptocurrencies, then it sees growth in the coming years. Not only Bitcoin, altcoins like BCH, ETH, and LTC also find a preference for their use for transactions.

Paypal ranks among the top major payment companies with more than 300 million users, will now be adding a new alternative to the regular payment modes like cash and credit/debit cards. It is the same company that doubted the credibility of cryptocurrency initially. But now it is the one who has now eagerly accepted them as a new payment mode. Time does bring changes.

There are other new players besides this big payment company. One such is Venmo, who too have been supportive in accepting Bitcoin cryptocurrency as payment. There are many big countries including Germany, Japan, and the United States that have also shown a positive stand to crypto use.

Bitcoin cryptocurrency plays both the role as a value storage mechanism and also as an exchange mode. Even though it emerged as a new player in the legal payment system, still, it has carved special importance in being a new innovative financial substitute. No matter, people might feel reluctant to refer to it for transactional purposes, but at least they are convinced of its deflationary concept at times of inflation. This feature makes them switch from regular payment mode to cryptocurrency.

So these are some of the main factors behind the price rise of Bitcoin cryptocurrency. By reading this article now you must be clear about the fact that how cryptocurrency is gaining importance in terms of its utility by being accepted by major companies, one such big example is Paypal.

It had a wrong notion about cryptocurrencies, but now the same company has acknowledged its importance and has accepted it as a new alternative payment mode. It is surprising to see cryptocurrency being unaffected by the economic downfall caused by COVID-19. Follow the blockchain crypto news on Cryptoknowmics and get new updates.