The Irony Of Equality
Odyssey

The Irony Of Equality

The movement, the misuse, and the misconception. 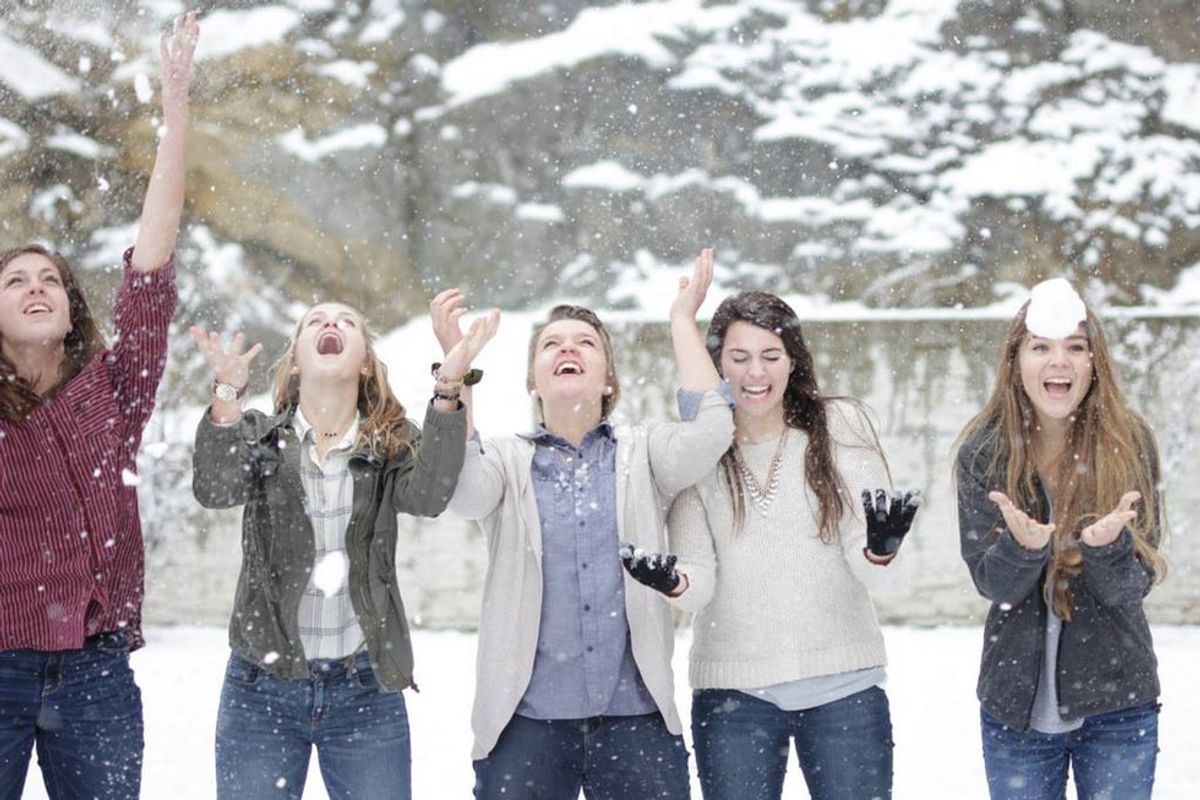 Feminism: the advocacy of women’s rights on the grounds of political, social, and economic equality to men.

The definition of feminism is fairly straightforward, unassuming, and leaves little room for misunderstanding. As feminism became a national movement and focus, there was a sense of pride and determination in the title of “feminist”.

Though it was sometimes shameful and counter-cultural, we did it. Ladies, we shattered glass ceilings, we kept our chins up, and we changed the world. We’ve built countries, we’ve led people and states and nations, and we’ve raised generations. We’ve traveled the world, the country, and we’ve occupied statehouses and Washington D.C.

Feminism is a relevant, important, current issue; there’s no question. However, the movement has been led askew over the last decade. What was once a movement for equality and women’s success has toppled and become a pity fest for females who want to victimize themselves and diminish men.

First of all, ladies, you need to know that you are not inherently victims. You are more than you could ever imagine, and someone hurting your feelings or disagreeing doesn’t make this any less true. Unfortunately, modern feminism says otherwise. For example, according to an article in The Phoenix by Min Cheng, any hatred of the beloved seasonal pumpkin spice latte is a direct insult to women. Apparently, disliking a PSL is insinuating that women’s emotions don’t matter and that women aren’t intelligent enough to have “good” taste. Friends, if anyone dislikes a food or beverage that you love, please don’t take it personally. There are these things called taste buds that sometimes differ person to person.

Now, in addition to the persecution of taste, there seems to be some new knowledge of the evils of chivalry and manners. There are girls who get offended when others – men especially – do things like hold the door open for them or compliment them. First of all, I would argue that this disgust of men raised with expectations of chivalry is, in fact, anti-feminist. Some of those gentlemen have mothers who taught them to treat ladies with respect, and you just slammed her opinions into the ground. That’s not very nice. Now, if a guy opens a door for me, I’ll give him a big, “thank you” ,because that means that I have to get less germs on my hands, and who wouldn’t appreciate that?

As far as empowerment goes, feminism has twisted the meaning and turned it into something less than desirable. Feminism is fabulous when it comes to inspiring women to be scientists, sexy CEOs, and well known, earth shattering, magazine cover-gracing success stories. Now, insert a woman who wants to settle down, raise kids, and spend her days in the kitchen and with her family? According to trends supported by modern feminism, that’s a step back for feminism, and an insult to women. We saw this after Meghan Trainor’s “Dear Future Husband” music video faced backlash, being called things like “anti-feminist” and “sexist” because the video featured Trainor in a corset outfit, cleaning a kitchen and cooking for her man. Furthermore, if you jam to any sort of “girl power” ballad (insert Beyoncé lyrics here) or decide to look up some catchy empowerment quotes on Pinterest, there’s a common underlying pattern of the “baddest girl out there, money making machine, going through men like water” mindset. While I’ll admit to grooving to Beyoncé on the reg, there are some key components of feminism that have been lost. Unity, humility, and comradery are essential for the success of feminism in society, and they’re being thrown out the window with every push for selfish success and independence driven by arrogance. The point of feminism is that women are to be able to thrive in whichever environment or career they choose, whether they dream of being a mine worker, the CEO of a Fortune 500 company, a stay-at-home mom, or a nuclear engineer; the opportunities are endless.

I do not hate my gender, I do not hate independence, and I am not a weak willed woman. I have dreams beyond the sky’s limit, and I’m intent on growing wings to match. In fact, I would consider myself a feminist – the original kind that values hard work, equal opportunity, comradery, and the potential for success. However, modern feminism is not that same feminism. In the quest for equality, we have to realize that equal opportunity is not in direct correlation to equal outcome. The amount of complaining, pity, and self-victimization that is seen in today’s movement has taken the title of “feminism” and left the goods to dry.

Ladies, we have the world ahead of us. There is no stopping where we may go or what we may do. Suck it up, stop shying away from hard work, and don’t be afraid to prove some people wrong. Keep a humble heart, don’t be offended by everyone who disagrees with you, and build others up. Conquer the world with an open mind and outstretched hand, and learn to love the life you choose.