Every ‘Gilmore Girls’ Fan’s Dream: A Weekend In The Real Stars Hollow
Odyssey

Every ‘Gilmore Girls’ Fan’s Dream: A Weekend In The Real Stars Hollow 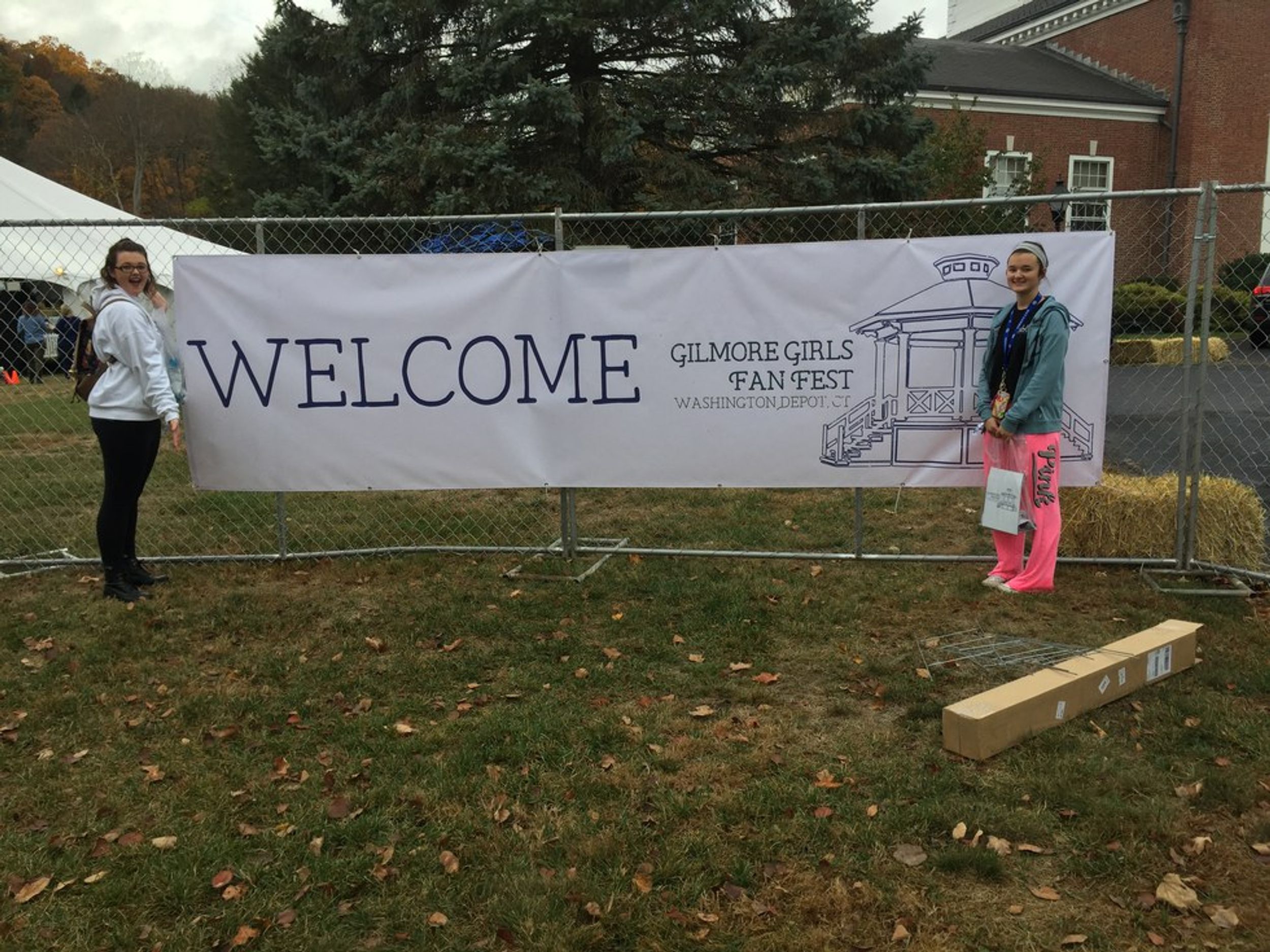 "Gilmore Girls" is, in my opinion, the best TV show to ever exist. You can spend hours binge-watching and never get bored. You fall in love with the characters, the town, and the storylines.

The Gilmore Girls Fan Fest Weekend was created by "Gilmore Girls" mega-fans themselves. A woman by the name of Jennie and her husband, Marcus, came up with the idea while she was stuck in traffic in Hartford, CT. “Why hasn't anyone organized a Stars Hollow reenactment in Washington Depot? Or, any Gilmore festival of sorts for that matter. I mean, I haven't even been privy to the details surrounding a tiny little event or a simple mini tour. And, if you ask me, Gilmore Girls almost demands it. Town Hall meetings, large amounts of coffee and lots of good food sounded like a pretty good idea to me. We'd even bring in a little bit of pomp and circumstance. Ok, maybe more than a little. I really couldn't imagine a world where we couldn't visit our own Stars Hollow alive and present. Unfathomable. 'Let's do this!,' I thought. That's when we decided, it was time to bring it to life.” And that is exactly what they did.

On October 21 to 23, 1,500 people (we doubled the size of actual residents of the town) gathered in the small town of Washington Depot, CT to celebrate and bond over the show that brings so much happiness into our lives. The town of Stars Hollow was based off of Washington Depot, CT and it is one of the cutest and friendliest towns I have ever visited and I truly felt like I was in Stars Hollow when visiting this weekend. Fans from all over, including countries such as Brazil, Germany, Puerto Rico and Australia, traveled to the town wearing Gilmore merchandise from head to toe. And not only was the town full of mega fans but cast members, writers, and crew members of the show as well.

October 21, the town began to fill. Check-in was from 2 - 5 p.m. where you received your bag filled with your weekend agenda, a shirt, some snacks, etc. Each person was given a wristband and away we went to the first day of the festival

The first day was all about getting the lay of the land, watching the pilot with tons of people who understand you, Friday Night Dinner (food truck style), and a panel with the crew of the show. Not to mention, there was free coffee (thank you, Washington Supply Company, you're the real MVP) and a table that looked like one from Luke's Diner on the show.

Although meeting them all would be great, some of their times did overlap so planning ahead about who you wanted to see was a must. Not to be discouraged though because there were times that the cast was just hanging around town like you see in the show. All you had to do was go up and ask for a picture and each and every one of them was more than happy to take a pic, sign an autograph, and chat for a bit.

In the afternoon, there were different activities inspired by the show going on. From a Knit-a-thon, a dance recital, cake tasting, to The Festival Of The Living Arts, it felt like we were in the show itself. And while this was going on, if you wanted some downtime to defrost (yes, it was freezing), episodes that were chosen to be played by the fans themselves were being shown in the main tent with commentary from the costume supervisor, Valerie Campbell.

The members of the band, Hep Alien, reunited and performed the "Gilmore Girls" theme song together. This was my favorite moment of the entire weekend. I was sitting in Town Hall, warming up, when Keiko Agena, John Cabrera, Rini Bell and Todd Lowe came walking in. Myself, and the very few Gilmore fans who lucked out being there, got to go out in the lobby and meet them. Todd was setting up to perform and we were all just chilling with the other cast members and continued to chill with them as Todd was performing. Yes, I was chilling with Keiko, John and Rini. RIP me. Then Todd called Keiko and John out for a Hep Alien performance. I was one of the lucky few who got to be “backstage” for their performance and I truly do not know how I am still breathing.

There were also some book signings going on in the bookstore. "Eat Like A Gilmore" is a book written by Kristi Carlson. This book is full of recipes for foods that can be found in the show. Kristi’s book was flying off the shelves because who wouldn’t want to eat like a Gilmore every day? Mike Gandolfi’s wife, Stephanie and Biff Yeager were also doing signings for their books "Oil & Marble: A Novel of Leonardo & Michelangelo" and "Smokey The Cat." At 7 p.m., every "Gilmore Girls" fan dream came true. All of our favorite people were together on stage before our very eyes having a cast panel. [Heart-eyed emoji times 293,829]

On Sunday, the festivities were coming to an end. At 10:00 a.m., a give away took place. I was one of the lucky names out of 1,200 chosen to win something! I won a shirt, created by the amazing Kindred Handicrafts (check out their website for lots of Gilmore items, a lot of which they were selling this weekend), which stated the popular Gilmore line “Copper Boom!” During the give away, Rose Abdoo stopped by to thank all the fans and the creators of the events and she added some give away prizes of her own. The first was an actual prop she used on the show and the second were two ornaments that her 89-year-old mother painted for the event. The winners of those prizes got to meet and take a picture with Rose. After the give away ended, there was a tribute to the late Ed Hermann, aka Richard Gilmore, and the last episode of the series was shown.

Overall, it was a magical weekend and I really hope it becomes an annual thing. Thank you to the creators of this event, the volunteers, and the cast for being so awesome. Oy with the poodles already!