The Boys: F**ked Up Fantasy at its Finest

The Boys: F**ked Up Fantasy at its Finest 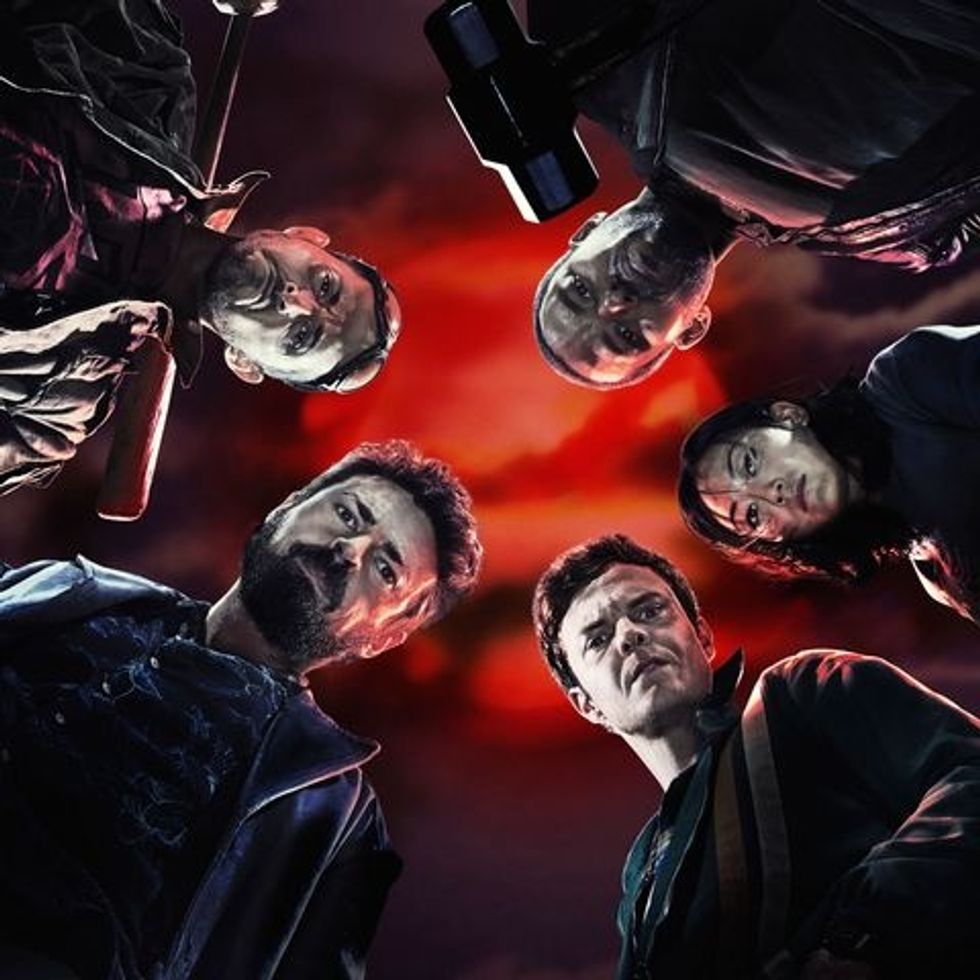 If you're burnt out from the slew of superhero films, shows, and media that has come to define the pop cultural identity of the past ten years, then The Boys might just be the breath of fresh air that you've been looking for. And by breath of fresh air, of course, I mean an unbelieavably gory, absolutely diabolical pissing contest to see how fucked up this team of writers can render our daydreams of heroic caped crusaders and All-American angels in spandex.

From the raunchy, gloriously insane team that brought us AMC's Preacher, comes this merciless deconstruction of the superhero genre that installs the "supes" as the show's de facto villains. Greedy, manipulative, cruel, and downright sadistic, the supes comprise an elitist class of their own, a race of hyper-capitalist merchandising that conspires to dominate corporate America and beyond.

They save lives for the good press. They star in their own tv shows and movies. They're loaned out to cities based on diversity statistics and when they happen to rape or murder or literally obliterate poor un-suped civillians with their powers, it's all swept under the rug by the corporation that has turned superheroes into little more than a marketing ploy: Vought.

But I'm getting ahead of myself. I'm not here to spoil the show's shocking, disturbing secrets as our un-suped gang of disgruntled normies try to take down Vought's most elite superhero team, The Seven. Nope. You'll just have to go watch the eight episode first season of this Prime original series for yourself. This horrifying Frankenstein's monster of an addition to the superhero genre doesn't pull any punches, and as entertained as you might be by its relentless gore and perverted treatment of the super elite, you'll more than likely end up feeling a little bit dead inside.

Afterall, apart from gleefully pissing on our literal heroes, the show tackles a sizable range of modern social issues, from #MeToo to the cult of celebrity, with the same unrelenting cynicism that it uses to tell every one of its twisted chapters. Don't you dare come into this show all doe-eyed and inspired from Avengers: Endgame, putting superheroes on a pedestal of affection and undying love. If you were one of those moviegoers that got pissy about Peter Quill not being "hero enough" to stop himself from punching Thanos until after they properly subdued him, inadvertently leading to you know what, then you are not ready for this series. It is a bitch slap to projects like the MCU series or our collective myth of Superman, a modern demigod. It is a shit-eating grin to every superhero fanboy that collects and expresses their love of these characters through merchandise and cosplay. It's a thrill ride, for sure, but sure as hell ain't a pretty one.

Instead, come into this show with an open mind, thick skin, and a strong stomach. You'll need all three, to really enjoy and appreciate the maniacal deviancy of a show that in and of itself is cashing in on the corporate golden age of superheroes by spitting in the face of that very idea. That's not to say that the show is flawless, of course. It stalls a bit in its follow through of particular subplots, it begins to but falls just short of thoroughly exploring interesting side stories about the lesser members of the Seven, and its vicious humor dulls halfway into the series before graciously sharpening once more towards the end of the series. However, at the very least, I can say that The Boys is a disgusting, oddly satisfying army crawl through the fallout of the modern age. It takes our idols and cracks them open like a stick of dynamite up the back end. It grabs up our popularized social justice strategies and wrings them out like a dish rag.

Don't expect to come out of this one with your hands clean. This is one hell of a messy ride, but if you're up for it, this is one mess that you'll be happy to have sunk into.