The Assassination Of Jamal Khashoggi Coupled With Attacks On Journalists.

The Assassination Of Jamal Khashoggi Coupled With Attacks On Journalists.

Journalists are the watchdogs in a real democracy? 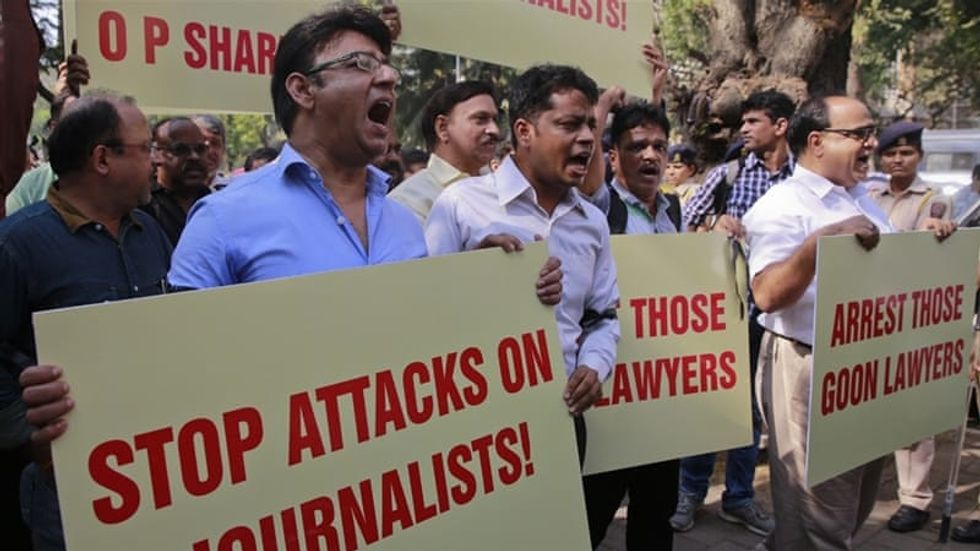 Jamal Khashoggi who was a Saudi-born Washington Post columnist was allegedly assassinated and dismembered on October 2, 2018, inside the Saudi embassy in Istanbul, Turkey. His assassination is viewed also as a vicious attack on journalism as a profession and on him personally as a revenge killing for his critic of the Saudi Monarchy.

As UNESCO reports, between 2006 and 2016, approximately 930 journalists were killed because of the work that they were involved in." Khashoggi has recently been added to that statistic. Last fall, his murder produced a backlash. It was, so to speak, the crime of the century.

The world was in a state of shock; most world leaders became vehemently critical of the Saudi monarchy for its assumed role in the gruesome murder of the journalist. People in the media around the world have been protesting and demanding justice for Khashoggi.

Since the inception of the press, journalists and journalism have been under attacks. In a world of democracy, journalism maintains the balance between the government and the people. It is the voice of the people and the pillar of our democracy. Sadly, as a means of silencing journalists, they often fall victims to assassinations for their work.

In the case of Khashoggi, he was a dissident and a critic of Saudi Prince Mohammed Bin Salman. His only guilt was that he denounced the corruption, human rights abuses and the barbaric government system of the Saudi Kingdom. Let's emphasize that Saudi Arabia which is governed by Sharia laws is very autocratic. No freedom of expression.

But with President Donald Trump repeatedly depicting the press as the enemy of the people, he, ironically, adds fuel to the burning fire. His fiery statement against the press feeds into the mind of those having an evil intent to harm journalists. It becomes, indeed, a direct attack on journalists and journalism altogether.

Regrettably, the assassination of journalists for their work goes way back. It is reported that in 1837 Elijah Parish Lovejoy who was an abolition leader was killed by a mob that supported slavery in the Union. On January 7, 2015, the attack on Charlie Hebdo, the French Weekly and satirical cartoons by two terrorists, resulted in the death of 12 people.

Then, most recently, Khashoggi was allegedly killed and dissected right inside the Saudi embassy compound in Turkey. But, has justice been served for all the carnage perpetrated on journalists?

Although the United Nations has declared the end of impunity for the murder of journalists, it is reported that 9 out of 10 of those who kill journalists go unpunished. But in the absence of the due process, the impunity goes unabated, justice almost never served and those who attack journalists and journalism are wreaking havoc everywhere.

It is evident that no real society can function without the media. Otherwise, it would become an elite-style society that engages in the manipulation of the mass with a wide cultural divide, and where its choice, desire and conduct are being dictated or imposed by the powerful.

Ah! Let's pretend that it was the case. But how about the First Amendment, which is the freedom of speech to which every citizen is entitled? Also, how about the role of the media in every society, which is to guide, to inform, to educate and to entertain? In any society, there exist no substitution to the media and no attacks that are strong enough to crumble their foundation.

As the world mourns the assassination of Khashoggi, one can't help wondering about justice for his crime. However unlikely it may seem, the International Court has a job to do. On the other hand, let's pause and reflect. Is the Saudi Monarchy so much above the law that it is exempt from answering to its own alleged crime? Does Petro-dollar supersede moral and human value?

Whatever befalls from the assassination of Khashoggi and that of all journalists around the world, every drop of blood they shed for their work adds a new dimension to the doctrine of journalism and to the conviction of all journalists. Khashoggi's legacy lives on.

According to Haaretz, here are Jamal Khashoggi's final words while being tortured and killed at the Saudi embassy: "Release my arm! What do you think you are doing? Traitor, we'll deal with you."