Ariana Grande's New Single, 'Thank U, Next,' Should Be Everybody's Next Anthem

Once again, she has outdone herself. 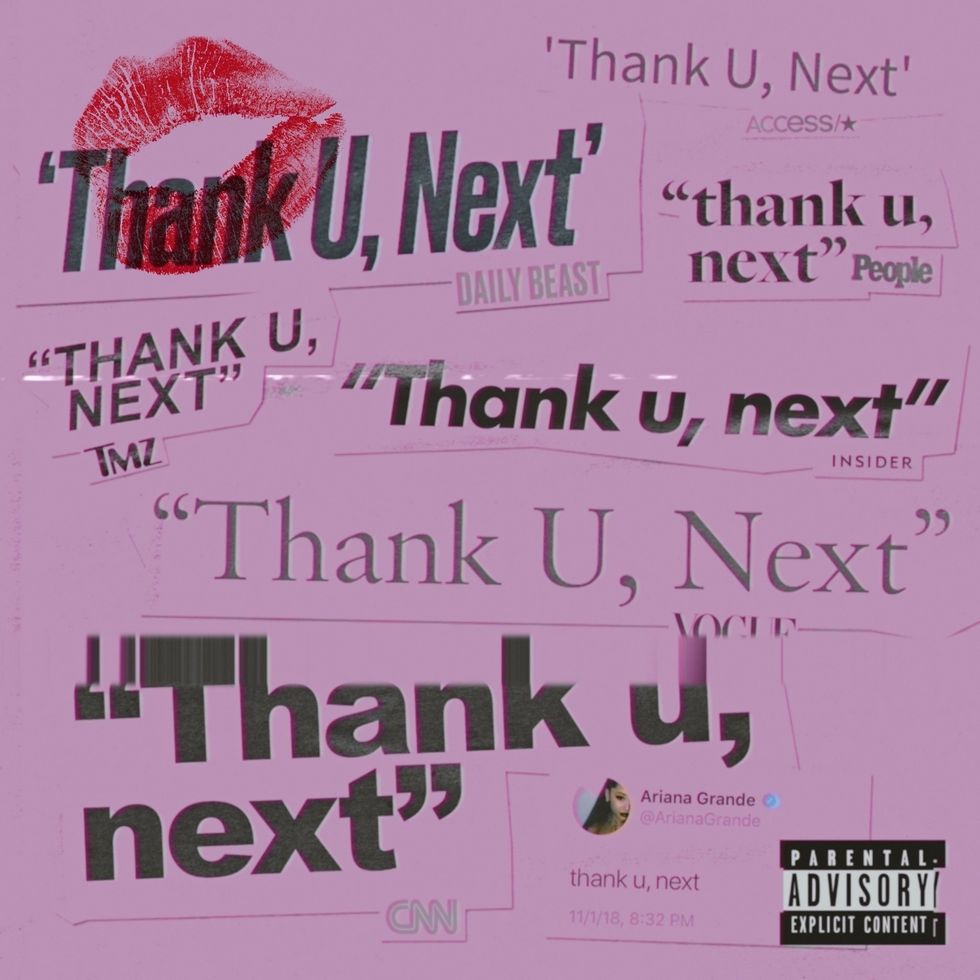 Let's be honest; Ariana Grande is on a whole other level of human. She is by far one of the most genuine, hard-working, and talented human beings, and if you disagree, well then maybe this article is not for you. But seriously, there is nothing this woman cannot do. She has proven that as she has lived through with far more heartbreak than one person could have in a lifetime.

Ariana has had to cope with the bombing at her concert in Manchester that took the lives of 22 individuals, along with the death of her ex-boyfriend, Mac Miller, in September of this year. In addition, she has constantly been criticized about her dating life. Amongst all of this trauma and stress, Ariana Grande still remains a positive presence, who uses her experience to write heartfelt but fun music. In her latest single, "Thank U, Next," just released several days ago, she did not fall short.

First of all, if you haven't heard the song yet, stop reading and go listen to it right now... Great, now that you've heard it in all it's glory, let's discuss why it should be everyone's next life anthem. Ariana Grande begins the song by telling us that she thought she was going to end up with all of her past boyfriends, relationships that she's been under scrutiny for. I love this verse for what it says to anybody who criticizes Ariana for her dating life: she's telling them, "No, I am not ashamed of myself, and I'm so thankful for all of my experiences." As I said, she's incredible. During the rest of the song, she explains the different things that she's learned from each of her relationships (love, patience, and pain) and how they have shaped her as a person today.

Second of all, this song emphasizes the need for self-love and appreciation and putting yourself first. In the second verse, Ariana tells the world that she met someone else, she's having better discussions with them, and that this relationship is going to last because it is her relationship with herself. Listening to this verse made me so proud because I was so happy for her to acknowledge that putting yourself first and working on loving yourself is the most important relationship to maintain. This message is so important for a lot of people who feel that they need validation from others to validate themselves. But that's not how it should work. A positive, loving relationship with yourself is more important than anything.

So, once again, Ariana Grande is a musical genius. Sing this song at the top of your lungs, and keep it in the back of your mind when you're out living your life. "Thank U, Next" emphasizes that it's okay to be proud of what you've gained from your experience during relationships and that loving yourself over anyone else should be a priority. Don't feel guilty for putting your relationship with yourself first.