Suicide lane part 1
Odyssey
Odyssey
CurrentlySwoonLifestyleHealth & WellnessStudent LifeStuffEntertainmentPolitics and ActivismSportsAdulting
ShopOdyssey UniversityAbout usAdvertiseTermsPrivacyDMCAContact us
® 2019 ODYSSEY
Welcome back
Sign in to comment to your favorite stories, participate in your community and interact with your friends
or
LOG IN WITH FACEBOOK
No account? Create one

I believe that certain events shape you. Regardless of the event albeit happy, sad, tragic, or triumphant. These events put us on a road that we never planned or imagined we would travel.

Suicide lane was a road that nobody wants to travel. It was bumpy, with twists and turns, and huge unavoidable potholes! This journey certainly changed me, my family, and well everything that was to come.

In 2003, I met Greg, he had a golden heart. He was shy, soft spoken, gentle,and kinder than anyone could believe. Greg had Tourettes Syndrome that he learned to medicate with alcohol by age 13. He was sober for over 10 years when I met him, through a friend.

Greg became ill with a painful disease in 2004. Like many men, Greg had no idea what Peyronie's disease was and he suffered in silence. That is until it became too painful not to. Due to his history, he did not take pain medication, instead he abstained from any sexual activity. We started off together but in less than a year he lived a solitary life with me and my children. I even accepted his proposal (with the understanding we were never to marry) and kept up appearances.

Don't get me wrong, we were very close! He loved the kids and we loved him. It was good. I was focused on my kids, work, and school. Every other week Greg and I would go exploring (foodies), concerts (way too many to count), movies, etc.

By 2005 Greg's disease progressed and he became more and more depressed. It started a pattern of psych hospitalizations, then medical, then unemployment, the cycle was endless and exhausting. I became his full time caregiver, support, probation officer, cook, nurse, etc.

Unfortunately, Hurricane Katrina was one event that left him the most vulnerable, desperate, and put him on a road that resulted in self-destruction.

After participating in the hurricane relief we also brought his estranged mother and sister back with us from New Orleans. The stress and demands of his family, their trauma of losing their home, and his sister's methadone addiction was just too much.

A quick fix for his disorder and depression was his sister's methadone. That was the beginning of the end.

Soon he became unrecognizable to himself and to me.

He was never violent but he became delusional, unpredictable, and stole everything he could get his hands on, his disorder progressed rapidly and the spiral into the depths of depression happened too fast to recount.

By Oct of 2015, Greg was morbidly depressed and addicted. Greg would spend days in his room, I would force him to shower every few days, bribe him to eat something nutritious with treats, and petitioned him in the hospital.

Eventually, it all became too much. Greg was becoming bizarre, delusional, and refused to shower or come out of his room.

I was exhausted. I couldn't do it anymore. I told him he had to leave. He wouldn't, he refused. I packed his things and soon found out that I had to legally evict him. This went on and on. Finally, he left after stealing my car.

I graduated, started dating (that is part 2) but all the while Greg was stalking me, breaking into the house, taking my mail, calling non-stop, his delusions became of this great "love" we had and how we were to be married.

He just lost touch with reality. Greg took up residence in a car wash down the street from my home and would constantly watch my home, me, and my kids. Friends went over to talk to him, get him help, I even bought him train tickets (twice) to New Orleans. He continued to break into my house. The very last time he found my checkbook and wiped out my bank account.

Finally I had to get an order if protection. He violated the very next day and was arrested. He spent 10 days in jail. Then---

He was released from jail and we both had to appear in court.

The judge explained to Greg, he cannot contact me, my children, my home, or work. The judge made it clear if he offended again he would get a "go directly to jail card" for 18 months.

He violated by calling me several times and standing in my driveway when I arrived home. I did not get out of my car and called the police but he ran off. Greg disappeared before the police could get there.

He violated by coming up to my car while I at the stop sign. All the cars around me, front and back stopped too. Greg was banging on my window. I couldn't move my car. Three people called the police. A driver that was behind me got out of his car Greg got scared and ran off to the nearby park. Police couldn't find him.

He jumped on the back of my car in the McDonald's drive through. Police came quickly. They couldn't find the OP in their system. Police asked him to leave me alone. Asked me to call the States Attorney's office to get paperwork straight.

That day, in front of police officers he said, "it's you or me Ria. You or me." Police did not think that was a threat.

June 30th - The day that changed everything. I left work early to find the police and the Coroner's van in my driveway.

His death was both a relief and an incredible sadness I can't explain. I felt relief because he was no longer suffering.

I felt relief because I was free. That was immediately followed by guilt for feeling relieved.

I was furious and discovered all the fraud (at my expense) and theft that funded his drug use. I felt enormous guilt that I had not tried to hospitalize him "just one more time."

Most of all I felt guilty for not grieving for him properly. Everyone in my life had forgotten the man he was and only remembered the desperation of his disease.

Everyone (except my children) in my life had a negative response if I expressed any sadness over his death.

Who would mourn their stalker? Crazy right!?!

I put on a mask and pretended to feel what everyone thought I should feel.

I went back to my very unhealthy but effective way of coping- avoid, numb, and work, work, work!

No matter what happens so long as you are working - you are being productive, taking care of your family, and well at the end of the day... that's all that matters, right?!?

The wisdom of this journey-

Pretending, avoiding, numbing, or my personal favorite "focus on work," is putting off the inevitable. Additionally, we assume the risk that anything you ignore is just put into pressure cooker (within you) that will eventually implode or explode some how or some way.

My pressure cooker typically ends in an implosion. This event left me the most vulnerable I have ever been.

There is fight, flight, freeze, or fawn.

Everyone who knows me would say she would fight.

However, after Greg's death, all the years of stress the only response I had left was "fawn " 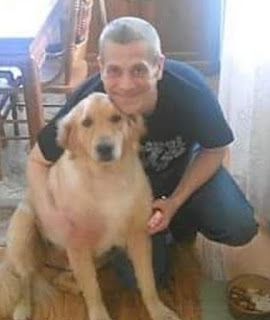 5 Quotes That Help Your Productivity

16,000 New Yorkers Could Die From Coronavirus, And The Blood Is On Trump's Hands

16 Swoon Articles You Missed From The Month Of March

9 Entertainment Articles You Missed From The Month Of March