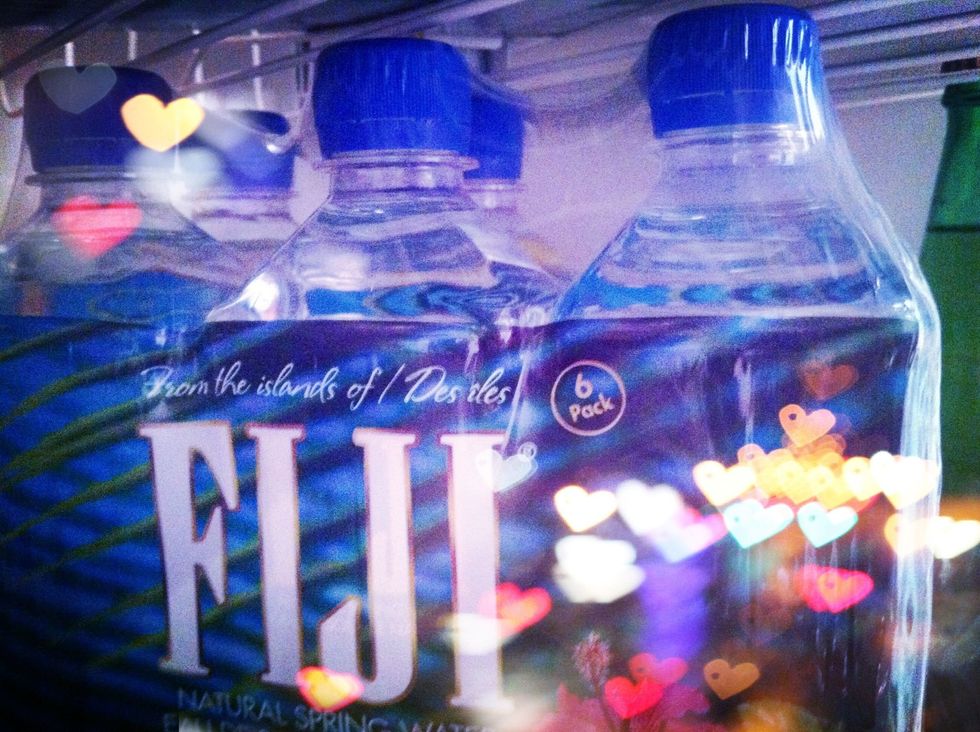 Between the niche aestheticism of Fiji and its deceptively "exotic" marketing and flavor, the famous water brand faces a lot of issues both practically and morally.

The brand so elegantly claims that the Fiji water is "bottled at the source, untouched by man, it's earth's finest water." But is Fiji Water all that it shakes up to be?

So Fiji Water does actually import around 300 million bottles of water from an aquifer in Viti Levu, Fiji. But the issue with their 99 year lease on the sacred aquifer is the fact that over half (53%) of the Fijian population does not have access to clean water. In fact, several areas directly surrounding the bottling plant rely on emergency supply water rationed by the government. Four gallons per family per week. This is what most of Fijians rely on.

In fact, the closest village to the bottling plant is a place called Rakirari. It's a small nearby town of a very tiny population, but with a history that spans generations back to the natives. Rakirari directly suffers from the clean water issue that most of Fiji does, as it has poor quality wells, crumbling pipes and infrastructure, and dysfunctional and flooding water plants.

Furthermore, Fiji still insists on selling the Fijian's their own water for $2 a bottle. It is important to note also that Fiji is a country in which the minimum wage is only... $2.32/hour. Unless, of course, one is fortunate to actually work for Fiji. Then their salary increases almost five fold with added worker benefits. But such an area is extremely competitive, and most Fijians do not end up working for Fiji Water.

Fiji Water, surprisingly, has a remarkable hold on not just the economy, but the government itself. Estimated to contribute 3% to the country's total GDP and consists of 20% of Fiji's total exports, Fiji Water claims their leave would be detrimental to the country itself. The Fijian government has on multiple occasions attempted to impose taxes on the water bottle exports, but Fiji Water ended up firing every single employee and closed its plant for a small period of time. This hurt the local economy deeply and the Fiji government eventually gave in. So currently Fiji Water is still enjoying a two decade long tax free holiday.

But their hold gets even deeper. In 2009 when Mother Jones reporter Anna Lenzer travelled to Fiji to do a report on the company, the military junta in power arrested her and threatened to throw her in prison for life. They interrogated her on the basis that she actually worked for a competitor water company and was trying to expose the company to have it shut down. Anna was arrested by the Fijian military almost as if it were on behalf of Fiji Water itself.

If that doesn't say anything, maybe this does. The average water bottle sold in America weighs about 2.5 ounces without the water. Fiji water bottle weigh at an exorbitant 4.15 ounces. And that is the small bottle. The bottle of waters you end up buying for $4 a pop and you get two sips in and it is done. At 4.15oz a bottle, the Fiji bottling plant produces 50,000/hr. Every hour they pump out 13,000 pounds of their unique Chinese produced plastic. Per year it adds up to almost 50 million pounds of plastic that ends up in landfills or our oceans. This plastic production is actually 60% more than the average water brand sold in America.

Finally, according to Pablo Päster, a sustainability engineer at Triple Pundit, the exorbitant plastic produces a disturbingly high number of waste. According to a study conducted by him, a one liter bottle of Fiji water costs about 26 liters of water to produce, a kilogram of fossil fuels to make the plastic, and releases almost a pound of fossil fuels in the form of CO2 emissions. This is due to the fact that Fiji only exports water from a remote island, and the waste produced from exporting it 1000s of miles everywhere around the world is grossly high.

So maybe before you purchase that "luxury" water for $4, think about the Fijians that don't have access to the same water you're buying from their country. Think about the pound of carbon emissions that results from that singular bottle. Think about the 60% more plastic that is wasted by using Fiji's exorbitant bottle shape. Because that $4 isn't just going towards the "exotic" flavor. It's going towards a whole lot more than just that.