The First Time I Stepped Outside My Comfort Zone

The First Time I Stepped Outside My Comfort Zone

I was living in a bubble until college. 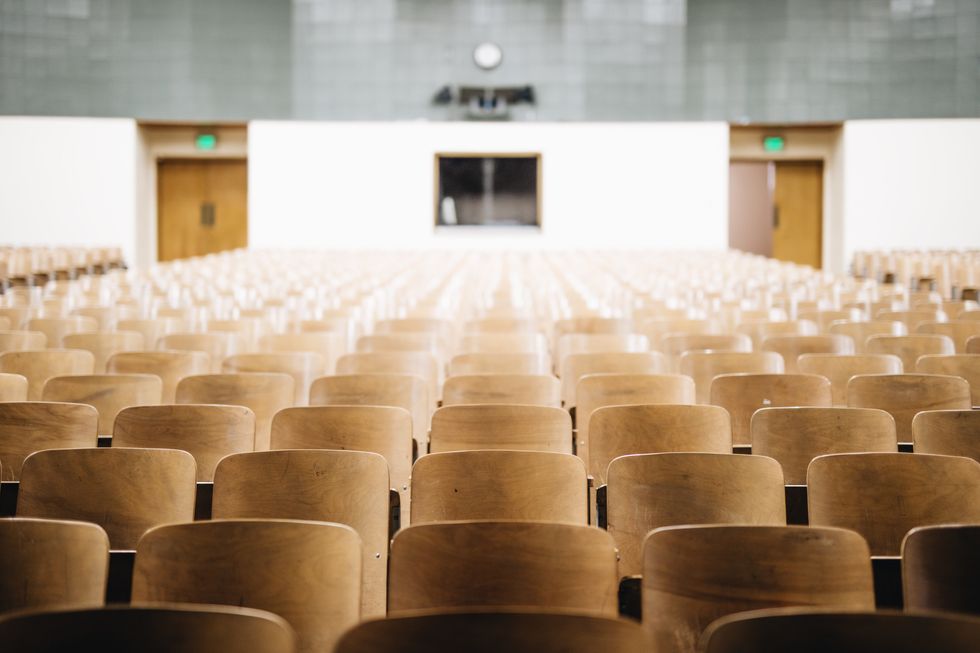 I am just going to summarize my life real quick so you can know why I say that I was living in a "bubble". I have lived in Franklin, Tennessee my whole life. Actually, I moved from Nashville to Franklin when I was two years old. But does that really count if it was only thirty minutes away and I do not even remember it? I have lived in the same house for seventeen years with the same neighbors and the same streets. My elementary and middle school were connected, so I spent nine years with the people who became my closest friends. There were about ninety kids in my grade, so we were pretty tight. High school came and I got the chance to expand my circle a little bit more. Most of my friends from middle school were with me, but we also met new friends from other schools. I got a lot more involved in high school with clubs and sports, which allowed me to meet new people too. Honestly, I felt so comfortable and I did not want anything to change.

But, of course, change happens. College happens. My twin brother and I actually started touring colleges sophomore year. We were mostly interested in the big southern schools, like Alabama, Auburn, Tennessee (well actually I never toured UT), Ole Miss, Mississippi State, and the most northern school, Kentucky. I started to narrow down my choices and eventually I was down to my top three. Two of the colleges were actually places that a lot of my friends were thinking about. This was exciting because it could possibly mean I would stay with them, as I have done pretty much my whole life. I would still have the comfort of home, but I also would be meeting new people. The best of both worlds, right? I went back to both of these schools before I made my decision to see if either one was the right choice. But they were not. I remember crying in my dad's car because I thought I was never going to find the right college and I was never going to make friends. This is dramatic, but at the time I really felt like this.

The last standing was the University of Kentucky, obviously. My parents sort of gave me an ultimatum and basically told me that I needed to know where I was going by Christmas. This was very stressful, but I knew that I liked Kentucky and I have a family that lives in Lexington, so that was a plus. The only minus was that none of my friends were going there. Actually, I was one of the two people thinking about going there from my high school. It was definitely out of my comfort zone. However, I fell in love with the campus again when I went there in November of 2018. I remember looking at my mom and saying, "This is where I want to go."

This feeling was so exciting, yet scary at the same time. This was where I was going to be living for the next four years. I was going to have a different bed, a different zip code, and I was not going to know anyone. This was definitely outside of my comfort zone. As months passed, I started to get more excited for college even though I was about to leave my closest friends. Of course, I needed to choose a roommate. Obviously, I had to go random since I did not know anyone. The thought of this terrified me because I had read and heard countless roommate horror stories and I did not what that to happen to me. I joined the Facebook page, posted my profile, and started looking through the many others who had done the same. One day, this girl commented on my post asking if I had found a roommate yet. We started talking and I actually found out that she used to live in Franklin, Tennessee. Such a small world! We decided to room together in March and met for the first time over the summer a month before we were moving in. Let me just tell you. This was the best decision I have ever made. This girl not only was my roommate, but she also turned into my best friend, my sorority sister, the best advice giver, and my future bridesmaid.

For the first time ever, I feel like I am not living in a bubble. I have expanded my horizons and I stepped outside of what was comfortable. Even though this choice brought anxiety and stress at times, I really feel like I have grown in the process.

I encourage you to step outside your comfort zone because it might be the best decision you make.