Even though I'm not taking classes this semester, I am truly happy with my life — and that's what matters. 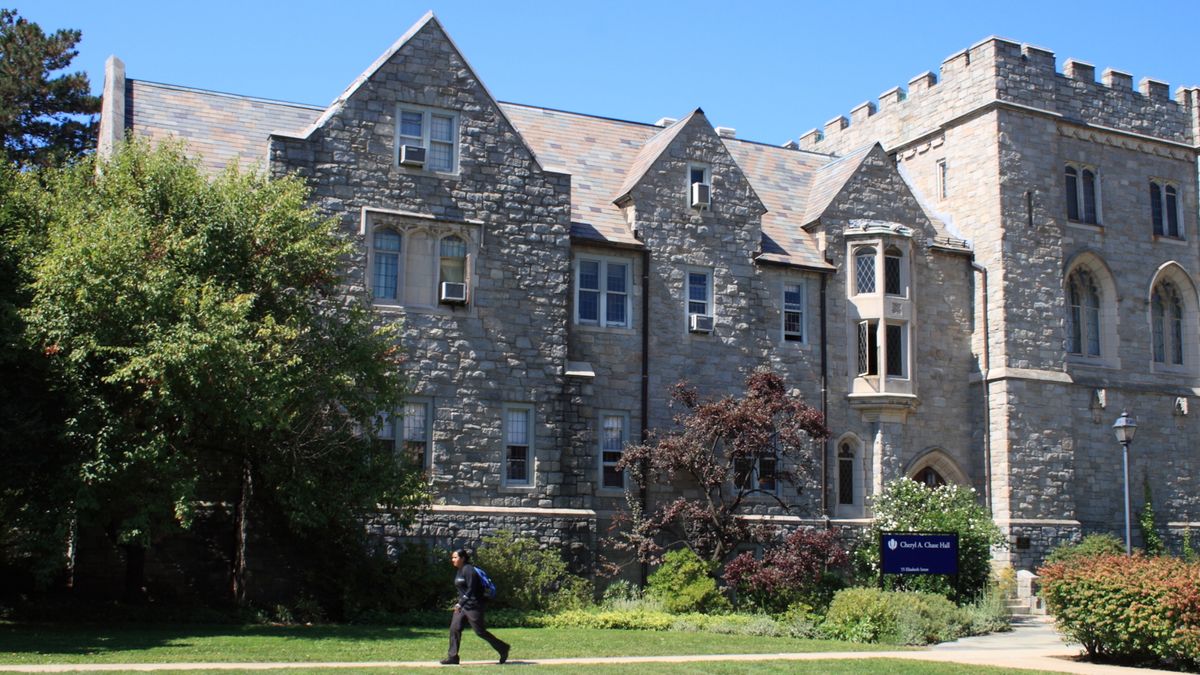 If you told the 17-year-old version of me that I would take a semester off of college, I never would have believed you. I just simply wasn't the type. I was a straight A student in high school, took 5 AP classes (and passed all 5 AP exams), and graduated with honors.

Flash forward to two years later, I've completed four semesters of my Communication undergraduate at Curry College in Milton, Massachusetts. At Curry, I was a Communication Scholar in an LLC (Living Learning Community) and joined Curry Odyssey as a Contributing Editor. (Since then, I've been promoted to Editor-in-Chief.)

There were some things I loved about Curry.The class sizes were small, and almost every face became familiar within the first year. I formed meaningful connections with professors, classmates, and campus staff.

But I was bullied. Relentlessly. I didn't think bullying existed past high school, but boy, was I wrong. I was bullied worse in college than I ever was before.

I went to my most trusted professors about what I was going through in and outside of class, and in the dorms. I was referred to the dean, but got nowhere.

The way my roommate treated me was the worst of all. It got to the point where she left me a threatening note, and I was forced to move out of our room in the middle of the first semester. She does something threatening, and I have to move out? Yeah, it didn't make sense.

Residence Life insisted that they had no rooms for me to move into, even though I knew for a fact there were designated empty rooms in every residence hall for crisis situations like this. I fought them for four days — until I was finally given keys to an empty room in the same building, but on a different floor. My college best friend, also in my LLC, happily moved in with me so I wouldn't be alone.

Just when it felt like things were coming together, I was ceremoniously, socially rejected from my LLC, my supposed "family" on campus, because I simply didn't fit in.

I thought sophomore year would be easier, but things only got worse. I discovered that my concentration in the Communication major, which was Journalism, was eradicated, and the classes to fulfill that concentration had been removed from the college.

The worse part was, though, this happened BEFORE I entered Curry as a freshman. For two years, I was lied to by the administration, and the same professors I trusted, about a program I thought I was enrolled in, that turned out didn't even exist.

This happened at about the same time that I took my first journalism class, the only one still in existence at Curry, open to anyone to take for 3 credits in Communication. The class was taught by a full-time journalist at the Boston Herald - this was the real deal. And I'm aware it's these types of connections that makes Curry attractive to students focused on getting real-life experience from the post-graduate world.

While I adored my professor, the truths she told about working as a journalist, and the horror stories she shared, completely turned me off to journalism. I realized, more than halfway through my college career (thanks to those AP credits!) that what I thought I wanted to do with my life, wasn't what I wanted to do at all.

That was about the same time when the very best friend who supported me all of freshman year, and stood by me even when no one else did, dumped me as a friend. The same girl who moved in with me freshman year was now moving out less than a year later.

I entered a bit of a mid-college crisis. I considered changing my major, leaving Curry, starting over. My friend group diminished completely, and I spent entire weekends alone. When I was with other people, I felt so unwanted and lonely. It didn't help that in my two years at Curry, I went through my fair share of vicious breakups, but that could have happened anywhere.

I am almost positive that the torture I endured at Curry was largely specific to the place, because anyone I speak to from high school carries no such horror stories from their own colleges. I was often left wondering, "what's wrong with me?"

I spent months weighing the pros and cons of leaving Curry. But after being screwed over by Curry for my housing selection, course selection, and my financial aid, I had finally had enough.

After completing my sophomore year, I moved home, waited to receive my grades, then I officially withdrew from Curry. I got a full-time job that I love. I have a very loving boyfriend and am very happy with our serious relationship. My childhood best friend moved back home. And even though I'm not taking classes this semester, I am truly happy with my life — and that's what matters.

Emmaline B
The Narrative
5160
https://unsplash.com/photos/O0T1SIgHAfM