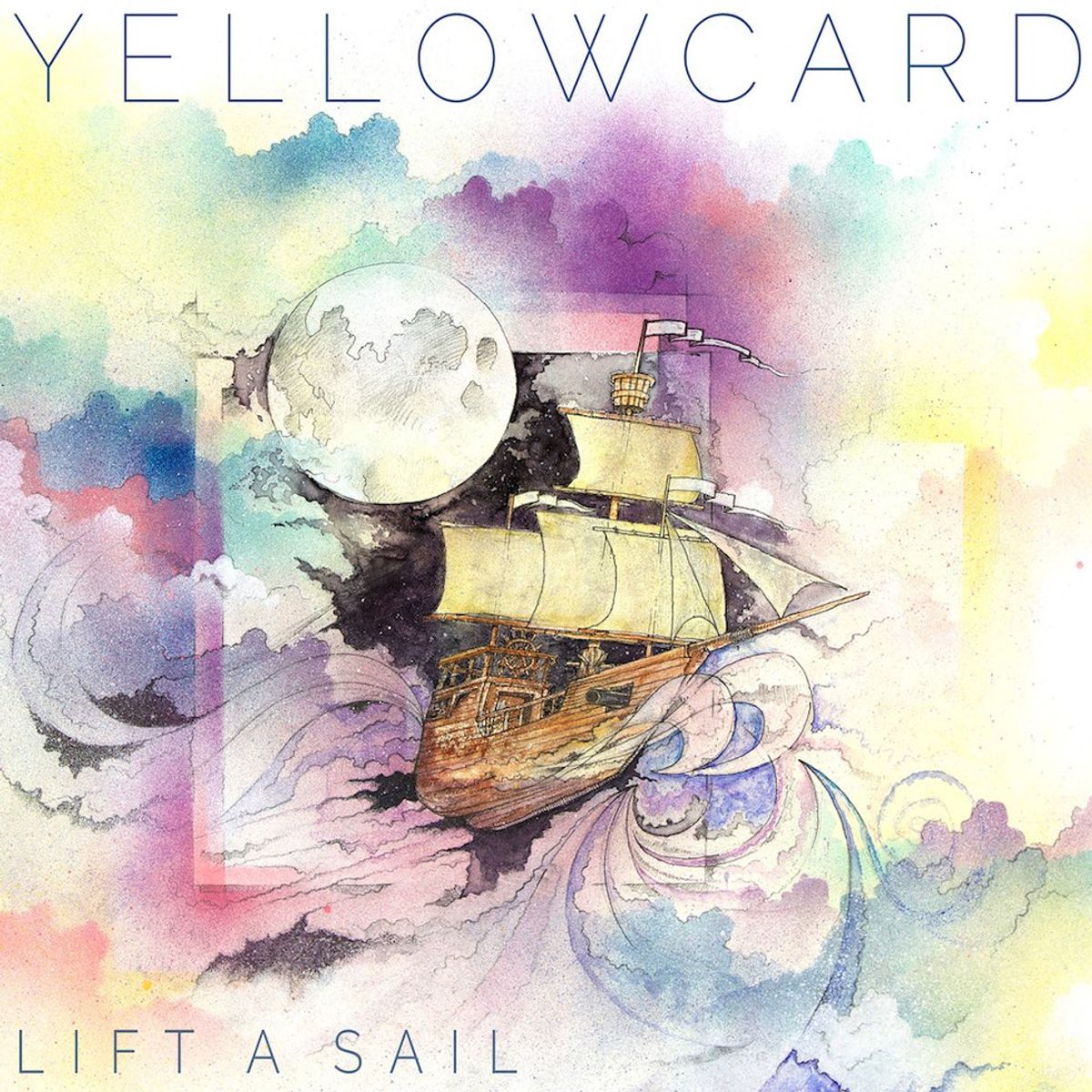 I vividly remember sitting in my room when I was 13 or 14 and watching the video for Yellowcard’s “Way Away” on what had to be either Fuse or MTV. The song’s lyrics captivated me:

“…there’s nothing for here/it’s all the same/and even though I know/that everything might go downhill from here, I’m not afraid/way away away from here I’ll be/way away away so you can see/how it feels to be alone and not believe/anything…”

I didn’t have a lot of emotional support growing up and it was hard for me to make friends, so songs like this became an outlet for me to feel like someone else understood emotions I didn’t fully understand myself.

Ever since then, Yellowcard has been one of my favorite bands. They’ve continued to be an important band to me as their songs have always had an eerie way of echoing whatever was going on in my life.

They announced their breakup earlier this year, saying that they’d do one last final album and tour. As the final U.S. tour dates drew closer, I felt myself getting more and more sentimental. Fortunately, I got to go to the sold out first night of their last two dates at Disney Springs’ House of Blues.

There was a moment during the show where lead singer Ryan Key started talking about their 2014 album, “Lift A Sail”.

Initially, I rolled my eyes as, at the time, that was my least favorite of their albums. It was a weird album for them for a lot of reasons: it was their first without their long-term drummer, Longineau Parsons III, their first album away from their long-time label, Hopeless Records, and their first major departure in their sound. “Lift A Sail” featured a slower pace, synths, lengthier guitar solos and a more classical violin instead of the rock-pop-punk accented now and again by violin.

I’d listened to “Lift A Sail” a couple times before, but I could only get into a few songs and it was more because of the actual music than the lyrics. Yellowcard had raffled off a vinyl of the album earlier in the day and I just didn’t get why this album, of all of them, was the one they chose. It was definitely the worst received of all of them.

Then Ryan started explaining more about the band’s emotional headspace during “Lift A Sail”. I’m a huge nerd for this type of stuff so my ears perked up.

“If you guys follow the band closely, then you know we talked a lot while we were recording “Lift A Sail”, about how some of us were going through some of the toughest times that we’ve had to face in our adult lives. It was just another opportunity for us to focus all that energy and turn it into music for you guys to hear.

I know there was a lot of mixed emotions around that record with you guys when it came out, but I’m here to tell you tonight that record came from way down in here [points to heart], all right? And, if it’s been a minute, I urge you to give it a listen with fresh ears,”

I was basically hanging off every word he was saying at this point. I had been going through some turmoil in my life around the time “Lift A Sail” came out, so I hadn’t paid too much attention to it other than listening to it when Pandora premiered it.

He continued, “But there is a song we want to play for you tonight. I really wanna hear you guys singing with me here. I’m going to need you guys to sing the words ‘I am ready now’, tonight.”

At this point, I remember him asking the crowd to raise their hands while repeating that back to him. I, along with others in the crowd, raised my hand.

“Because I’m not going to talk about anything specific that’s going on in the world right now, but this song is all about looking forward to the future with hope and strength and positivity. And I know we could all use some of that right now, so sing with me, ‘I am ready now’. This song is called ‘Lift A Sail’.”

I felt like I was going to start bawling right then and there. I had just moved into yet another place (the fourth in two months. Still there, fortunately) and was all over the place emotionally about so many things.

Then he sang the first line: “If a cold wind/starts to rise/I am ready now. I am ready now/With the last sail lifted high/I am ready now…” and the melancholy guitar line of the song came in. It was a concerted effort on my part to not turn into a puddle of tears right then and there, though tears were definitely coming down my face.

The lyrics continue: “I was so wrong and unaware. I locked myself away, I thought that I’d be safe. But then I realized, I got nowhere. And life is just too sweet to lie in this defeat.”

I was a mess by the time the song ended: my nose was running, tears were blurring my vision, and I felt that heaviness you get in your throat and chest when you’re trying not to burst into tears in public.

Originally, I wasn’t sure I’d even be able to afford to go to this concert. I’d only bought the ticket about a month before off of a friend and now here I was. It felt like I was right where I was supposed to be, getting a message I needed to hear.

‘This would happen at a concert with a band who’s been so important to me.’ I thought. I’m not a religious person, more spiritual, but if I were to ever say something was the work of a higher power, it would be that.

Nothing has ever gotten to me as much as that moment has and I’m thankful that it did.

The concert was two days before Thanksgiving and I had a four-hour drive back to my parents’ house in Miami for the holiday. Ryan’s words rang in my mind as I was deciding what to program into Spotify: ‘if it’s been a minute, I urge you to listen with fresh ears…”

“Lift A Sail” was the first album I queued up and as I listened to it, I marveled at how much I actually liked the majority of it. I’m convinced that when I first heard it in 2014, I wasn’t ready for the emotional onslaught that is “Lift A Sail”.