My Family is Hindu but I Understand Prof. Truschke

My Family is Hindu but I Understand Prof. Truschke

Why I support the sentiments against Hindutva and Narendra Modi, while having a deep respect for Hinduism. 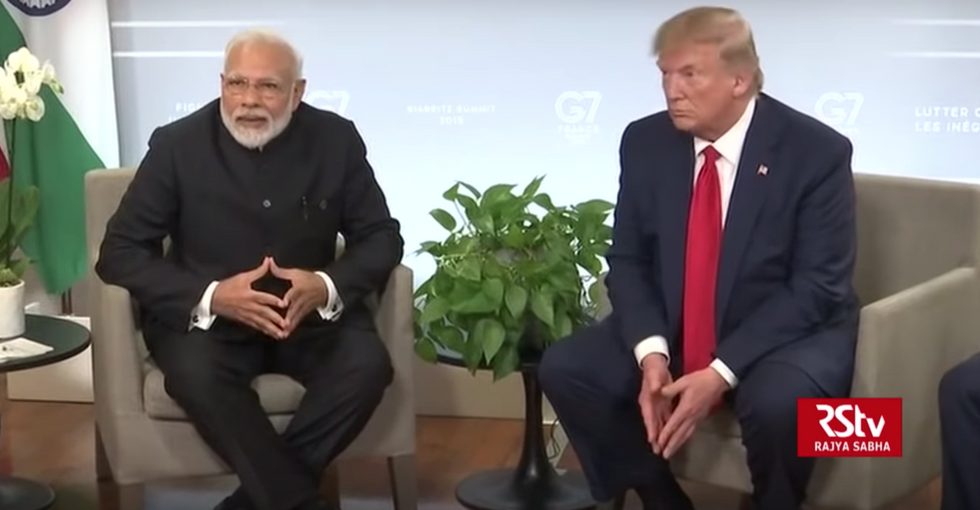 Recently, Professor Truschke from Rutgers-Newark has been put under fire for the comments she has made about the Hindutva movement in India. She stated that Hindutva is inspired by Nazi ideals, basically naming it fascist, which incited a huge uproar from the Hindu community. While I understand why Hindus may be offended at such blunt statements, I cannot help but agree with Professor Truschke. Truschke has defended herself by explaining that she specifically is criticizing Hindutva, not Hinduism. And, honestly, if that is so, her comments are absolutely fair.

First, I think it is important to understand the difference between Hinduism and Hindutva. Hinduism is the dominant religion of India with a wide spectrum of social laws and ethics to regulate the moral lives of its followers. Hindutva, on the other hand, is a political term coined by Hindu Nationalist leader Vinayak Damodar Savarkar. It is a broad term that encompasses everything that is indigenously Indian under a Hindu light - in other words, it is a measure of "Hinduness."

Hindutva was created as a political response to British colonialism. Before colonial times, India, as such a diversified country, never felt the need to create a common identity under "Hinduism"- rather people were identified by their caste, family, or village. But during British colonialism, Savarkar and his colleagues ended up wanting to create a unified identity to combat the Christian British intruders. In his words, he wanted to create a unified identity for whom India was "his Fatherland as well as his Holy-land." This included Hindus, Sikhs, Buddhists, and Jains - basically whoever identified with a religion that was born in India. The term is more about branding than it is about doctrine. However, this means that while Hinduism promotes love for all human beings and respect for opposing views, Hindutva encourages a monolithic society with no tolerance for foreign religions that have been imported from outside India.

Moreover, the Bharatiya Janata Party, whose creed is Hindutva, has no tolerance for other religions in India. The BJP has, therefore, created greater division between the Hindu and Muslim populations in India, creating a discriminatory and downright dangerous society for Muslims living in India. Narendra Modi and his followers specifically have incited many acts against the Muslim population, such as the "love jihad" - false accusations that Muslim men were impregnating Hindu women to increase the Muslim demographics in India - and "cow lynchings" - killings of Muslims who have been falsely accused of eating beef in BJP-controlled states.

Modi's words are also very reminiscent of a hated - and rightly so - politician we are all familiar with: Donald Trump. Echoing Trump's "America First" policy, Modi espouses an "India First" rhetoric, claiming that the country's interests come before all creeds and religions. Now, Trump's xenophobia and Modi's Hindutva both make it clear that this propaganda only serves to cover up the horrific actions that both leaders have taken against Muslims in their respective countries. But the issue is, Hindus in America have no problem denouncing Trump's actions, but once Indian politics are questioned, they seem to not recognize the parallels.

Hindutva is blatantly fascist and intolerant against foreign religions, especially Islam. The Hindus that are protesting Truschke seem to be conflating Hindutva with Hinduism, which, in all honesty, is an utter disgrace because Hinduism is a beautiful and accepting religion that does not have to do with the intolerance that underwrites all of Hindutva. Additionally, even as a person of Indian, specifically Hindu, background, I believe in the importance of acknowledging the mistakes of my country because patriotism is different from nationalism. It would do Hindu protesters good to remember that as well.