the story of rufus grizzard
Odyssey

How 6 Hours Saved My Life 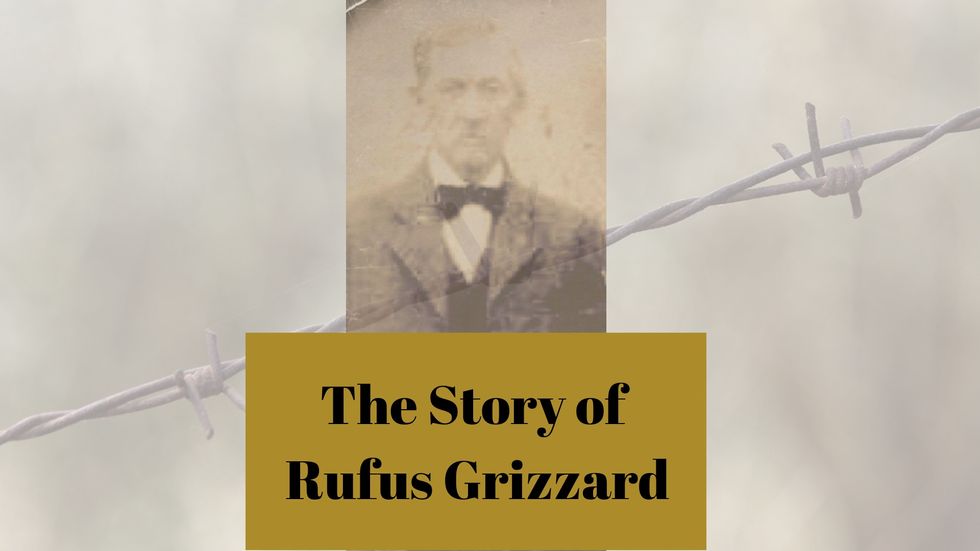 Rufus Grizzard is my 2nd Great grandfather, but he is possibly one of the most interesting figures in my family history.

When I first began researching my family in the Spring of 2015, I found several interesting articles on Ancestry, a popular genealogy website for people wanting to research their family history.

One of those articles produced a story of how Rufus was captured at age 14. The article is less than one-half page in length Even researching deeper, I cannot find any information on how Rufus was confused to be a spy. To sum up the story, Jack Grizzard, Rufus's father served in the War Between The States.

He was born in 1804 so he was of an advanced age when it came to enlist. Jack left behind a wife and children when he left. Polly, Jack's wife stayed home to raise the children, on of whom was my Great-Great-Grandfather Rufus Grizzard (Age 14). Rufus was a growing boy for his age, at 14 he stood 6 feet tall and weighed 210 pounds.

From what I can understand Rufus was the oldest of his siblings and of course would be seen as the man of the house in his father's absence. Rufus was probably away from home one day hunting for his family or trying to gather food. When spotted, he was captured by federal soldiers and taken to Nashville, Tennessee.

The Federals assumed that Rufus was a Confederate Spy because of his size, they did not believe he was 14 years old. The Federals did not take kindly to spies or traitors to the country during this fluid and ever-changing time period of the War Between The States. In fact, the Federals are recorded with executing many Confederate veterans who were accused of being spies during the time period.

In a rather quick instant, 6 hours before his scheduled hanging, the Confederates proved that he had no ties to their army or government. The Federals agreed to release the boy to go back home, The execution had been canceled.

Looking from a philosophical standpoint, 6 hours in history could have decided whether my family line would continue or cease to exist.

Rufus went on to have many children on being my Great-Grandfather Ernest Thomas Grizzard, he is buried 1/4 mile from the front door of my home. Ernest Thomas went on the have many more children, including my Grandfather Charles "Frank" Grizzard Sr. He served proudly in World War Two, became injured in France and received the Purple Heart from his military service.

Without those 6 hours, these men would have never been born, my family would have never produced a Gallant WWII hero and many countless family memories. So to those Federal soldiers in Nashville, TN in the 1860's, Thank you for the 6 hours.