Rock and Roll Hall of Famers, Bon Jovi, Come to Chicago for One Wild Night

Rock and Roll Hall of Famers, Bon Jovi, Come to Chicago for One Wild Night

After more than 30 years in the music business, Bon Jovi is inducted into the Rock and Roll Hall of Fame. Here's a recap of their show at the United Center on April 26th, 2018. 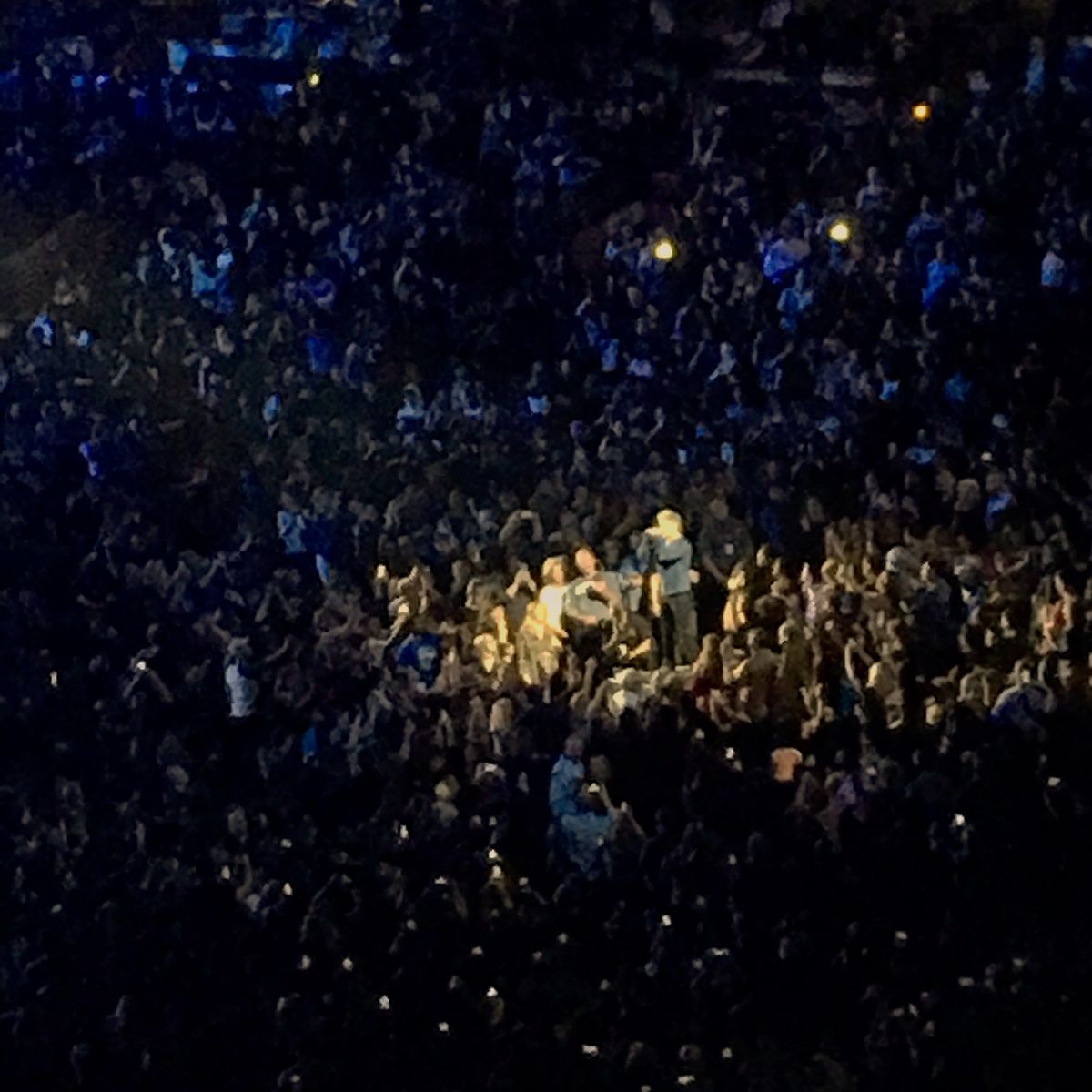 Let the record be known; this was my third show at the United Center, ever, all within the same year. First, we had The Killers, then the great Justin Timberlake, and now, Bon Jovi.

My father was the first person to introduce me to Bon Jovi. Recalling that experience of hearing Richie Sambora use the voice box with his guitar is entirely an unforgettable one – particularly on “Livin’ on a Prayer.” Going to a concert like this is one of those must-dos, especially when the timing is in your favor – Bon Jovi was just recently inducted into the Rock and Roll Hall of Fame at the Public Hall in Cleveland, Ohio on April 14th, 2018.

I’m a firm believer of timing is everything, and the timing of their induction, couldn’t have provided a better spark to propel and press forward on this tour titled “This House Is Not For Sale.”

Walking into the United Center before a concert is always a spectacle, you get a feel for the attitude, the character, and most importantly the die-hard nature of the fans. This show wasn’t sold out, but it had probably the most die-hard audience I’d seen out of the three shows at the UC thus far. Although this band isn’t getting any younger, they still know how to give their audience a quality show. Lights, a simple stage, singing in in the crowd, video coverage, sound quality; you think of it, and they have it covered, to a tee.

We heard the classics, “Wanted Dead or Alive,” “Lay Your Hands on Me,” “You Give Love a Bad Name,” “Keep The Faith,” “Runaway,” “Bad Medicine,” “Living on a Prayer,” and of course “It’s My Life.” Now here comes the Bon Jovi snob in me, their 2002 release, Bounce, which is one of their best albums, didn’t have a single track on this tour. Why? Let’s see; they only have fourteen records worth to pick songs from and put into a set list. So, some of those albums will get left behind. Bounce, unfortunately, falls into that category.

Bon Jovi has been in the business for over 30 years now, with their first self-titled album in 1984. How many more tours they will do is an unknown. Touring is such a grueling and demanding aspect of being a musician, but it’s what these guys live for, it’s how they make a living – after all, album sales nowadays, forget about it. CDs and vinyl are an underappreciated purchase amongst today’s music listener – everything is digital. What I’m getting at is that’s why Bon Jovi continues to tour, to do what they love.

It’s their life, they know they won’t live forever, but Bon Jovi will continue to do it their way. I hope to see a reunion with Sambora at some point, and when that time comes, you bet I’ll be taking my father to see that show. Until next time, thank you again, Bon Jovi. Rock on.