No Matter Your Political Party, The Remnants Of The Occupy Movement Speaks For Us All
Odyssey

No Matter Your Political Party, The Remnants Of The Occupy Movement Speaks For Us All

Whichever side you are on the political spectrum, income inequality does exist. 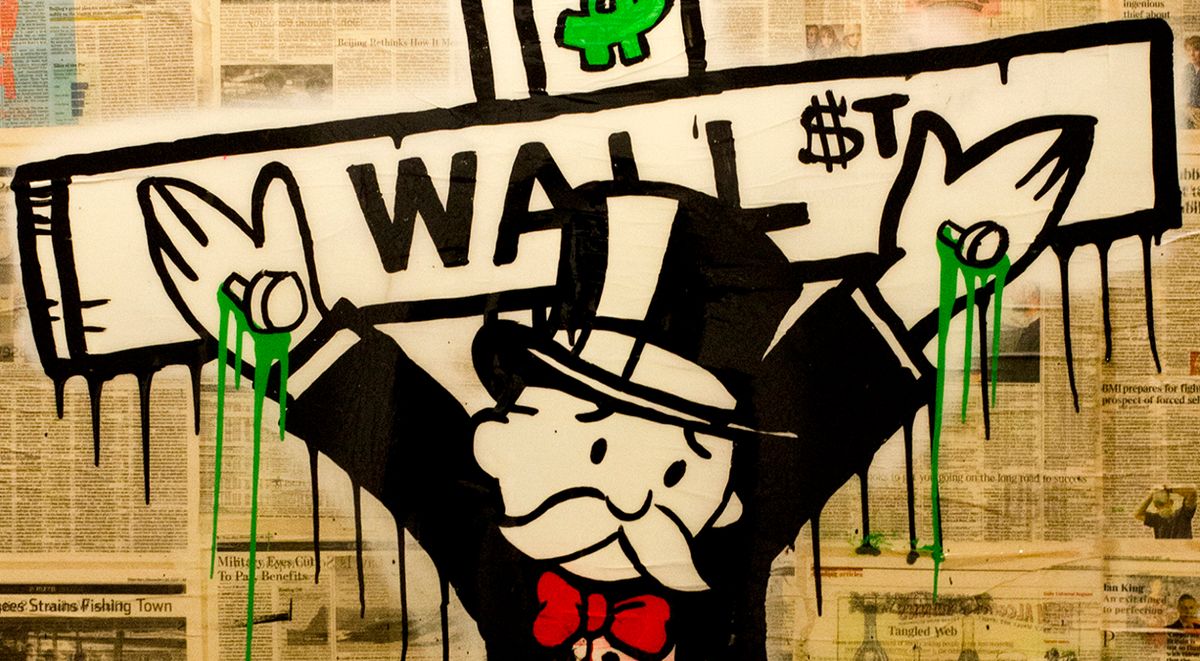 “We are the 99 percent!” - on September 17, 2011, Zuccotti Park in New York City held a nonviolent resistance, one that awoken the masses… the Occupy Wall Street movement took the form to protest Wall Street and the millionaire/billionaire oligarchs of our country. The formation of the movement came about unexpectedly in 2011, a few years after the start of the Great Recession. But still even today it brings to America’s attention that the income inequality we are facing (in a first world country) should not be acceptable.

As of 2017, according to the World Economic Forum index, as far as developed countries rank the United States painfully ranks at number 23 of 30. Surely, the United States is home to some of the wealthiest individuals in the world, but that wealth is concentrated in the top 1% of individuals. The frustration of the large economic gap between the social classes of the poor, middle-class, and wealthy made the Occupy Wall Street Movement come to life. We need to delve into the points of why the American’s who identify with this movement came to this conclusion and how their frustration helped give voice to the true problem of economic injustice. The development of the Occupy Wall Street movement rose to prominence, because of the apparent structural inequality; through the realization of systemic violence, the fallacy of neoliberal economic policies in the United States, and the unfair control of government lobbyists.

American’s finally realized that structural systemic violence by the bourgeoisie of corporate big bank America and the plutocracy was suppressing them economically in many ways. It can be seen with the view of higher tax rates on the average citizen vs. the wealthiest citizens, the decreased quality in the standard of living, and the overall stagflation that was present in 2008. All the while, the elite oligarchs were finding loopholes to grow their own wealth by taking full advantage of subsidies and tax breaks. The Occupy Wall Street movement believes corporate welfare breeds unfair, unethical, and unnecessary demands whereas the ordinary American’s “social welfare” does not nearly match the one of corporate America’s.

Corporate welfare incredulously outspends more money than social welfare does; statistics show that the government spends 59 billion dollars on social programs while 92 billion dollars go to corporate said subsidies. While the housing bubble and the financial collapse was not very far in the “rear-view mirror”, people saw these corporations and banks being “bailed out” while they were not being helped. All due to the fault of the banks and corporations themselves (because of the predatory loans that were given out to people). During the housing crisis of 2008 10 million Americans lost their homes while the Emergency Economic Stabilization Act (EESA) of 2008, otherwise known as the Wall Street Bailout bill, gave 700 billion dollars to the banks.This act was to acquire the problematic assets of the banks own faulty and failing mortgages to save THEIR financial institutions from collapsing, not saving the families who suffered from the crisis of home foreclosure.

Apathetically, this comes with no consideration for the majority of Americans who were being systemically abused by this system which sparked the vexation to start this movement. Although the movement asked for no direct demands from the elite or government in accomplishing one specific goal, this was still seen as a significant protest. Occupy Wall Street’s activist’s actually had a broad range of supporters, which made the movement inclusive and very personal - people from many different backgrounds going through the same issues such as loan debt, lost homes, the cutting of programs that people rely on, and the indifferent feelings towards the banks, big business, and the government’s role in it all.

The Fallacy of Neoliberal Economic Policies in the U.S.

The fallacy of neoliberal economic policies in the United States is recognized today and became very apparent after the financial crisis in 2007-2008. The Occupy Wall Street activists brought to light the truth that showed neoliberalism or most commonly called, “trickle-down economics” does not work. What was once believed to be the quintessential solution to poverty and overall economic growth; this free-market capitalism with policies such as deregulation, cuts in public expenditures, criticism of unions, and cutting taxes on the wealthy showed opposite results.

The very deregulation neoliberalism champions for is a major contributor in the recession that we faced. Instead of wage increases for workers, the wages became dull. Looking at history the United States’ production was turning out products at a rate of 72.2 percent an hour while the worker's wage only grew 9.2 percent. This data covers the economic history from 1973 to more recently 2015. Instead of job growth, industries were not creating more jobs, rather losing them. 8.7 million jobs were lost during the Great Recession.

Occupy Wall Street argued that the work force in our capitalistic society was suffering. That the corporations were not looking out for the average hardworking American and their well-being for the labor they provide but in the interest of the rich CEOS and bankers who received tax breaks and the benefits of neoliberalism (all at the expense of taxpayers due to corporate greed). All of which have shown the adverse effects of neoliberalism policies which made Occupy Wall Street relevant in cause and awareness.

The unfair control of government lobbyists was another reason the Occupy Movement was motivated to protest. Their slogan to “keep money out of politics” was supposed to send a message to our Congress members, of both Republican and Democratic parties, who were guilty of being bribed by big time lobbyists; calling to put an end to the favors. Crony capitalism has spent 41 billion dollars in 1998 alone to influence our Congress as well as other related government agencies.

With 41 billion being spent about a decade prior to the recession and 13 years later with the start of the Occupy Movement, the amount of money spent in elections have increased significantly. Elections are seeing even more money being spent since then to ensure their candidates get elected. Occupy Wall Street was urging the politicians to be a voice for the common people and not for their corporate donors. The non-profit organization Citizen’s United advocated for the freedom of corporations to help back the politicians and parties they support by disbursing unlimited amounts of money to help them. This was a prime example of the Occupy Movement that they were not truly able to have a say in what they want their government to do but instead, it was up to the PAC’s.

The movement to shed light on the corruption was successful with even lobbyists trying to sabotage the Occupy Wall Street protesters movement entirely. At a price of $850,000, lobbyists would render any information they could find on discrediting the leaders of the movement. The scheme of digging up research and also by propagating any anti-Occupy Wall Street promotions were what they were looking to achieve. This would only have the Occupy protesters even more livid and outspoken. For once they felt their voices were being heard because of this movement, and the role lobbyists play with money in our government was being exposed.

Social movements have been a huge part of our democracy since the formation of the United States. From the Boston Tea Party, Women’s Voting Rights protests, the Civil Rights Movement, Anti-War Movement, and even the Occupy Wall Street Movement – these social movements will forever be recognized in our history. The Occupy Wall Street Movement was yet another protest attempting to join a force of the unheard America. T

he America that was weary, unsure, and immensely disappointed in the social, economic, and political state of our current society. The development of Occupy Wall Street was based on these feelings and factors of inequality. The inequality stemming from realizing the systemic violence against them, the falsehood of neoliberalism in the United States, and the government lobbyists having the say in our every-day lives turned into a movement heard worldwide.