Five Reasons You Should Be Watching "Ghosts In The Hood"

Five Reasons You Should Be Watching "Ghosts In The Hood"

Comedians, the hood and ghost hunting are blended together in the best way 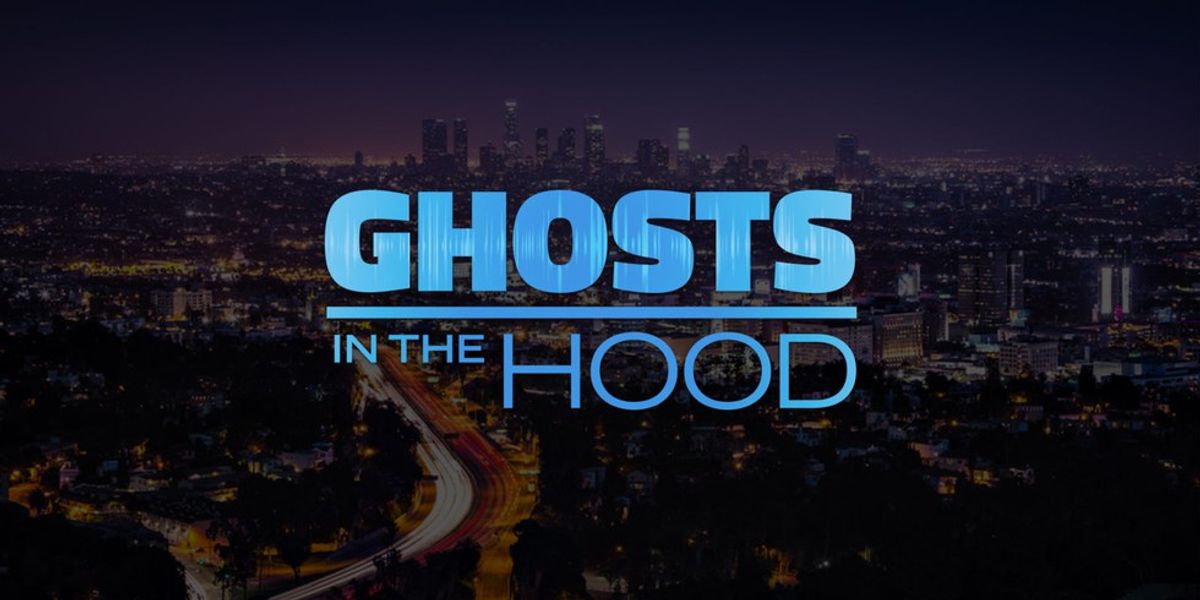 The avid TV watcher is familiar with "junk food" shows that are usually reality shows with ridiculous and/or exaggerated premises. Some of these shows include "The Bachelor", "L.A. Hair", the "Real Housewives" franchise, and, of course, paranormal shows like recently ended "Ghost Hunters". These shows provide an hour long escape from actual reality, which can be harsh, by providing laughter (intentional or not) and community through watch parties. "Ghosts in the Hood", a recent addition to the WE tv lineup, is another one of these shows.

The show centers around the group Official Paranormal Operations (O.P.O.), based out of Compton, CA, and headed up by CEO Defecio Staglin. The crew is rounded out by comedians Matt Richards and Maunda Oyin, medium Jasmine Orpilla and tech guru Dave Purdy. The addition of comedians is a stroke of genius as ghost hunting shows tend to be on the ridiculous side more often than not anyway. "Ghosts In The Hood" takes that ridiculousness, runs with it and celebrates it. Make no mistake, there are still investigations, but they don't take themselves so seriously.

Here are five reasons you should be watching "Ghosts In The Hood" right now:

1. Staglin and his velour tracksuits

Staglin is equal parts businessman and serious ghost hunter who sometimes has not so serious solutions for the owner of the allegedly haunted business. His big thing is to make sure he always provides a solution for the owner, so it's hard to fault him for solutions that fall more on the comical side. One of these more comical solutions was presented in the premiere episode, "Scared Straight Outta Compton", which had the team investigating a drive-thru funeral home.

At the end of that particular investigation, Staglin presented the owner with a large "no ghost problem" banner and the look on said owner's face was everything.

Another thing that makes the show different is that Staglin has an entire wardrobe consisting of velour tracksuits, sometimes to the amusement of the audience:

The crew even comments on his tracksuits in Episode 3, "Don't Play With Santa Muerte", saying that he'd never wear anything else because he'd paid a lot of money for those suits.

2. Richards and his one liners

Matt "Matty" Richards is Stoglin's nephew and a comedian/actor who's looking to launch his career in Los Angeles. As the resident skeptic/scaredy cat, he proves to have a talent for comedy with some fantastic one liners. Some of my favorites include:

"That was a balloon, it looked like it was a demon."

[to Stoglin about his dark red jumpsuit]: "You look like a movie theater seat."

Not to mention this promo video where he rags on Staglin's "sweatcidos" even more:

"Defecio dress [sic] like he in a Diddy video from the 90s."

"No man should have that much velour. You look like a happy dinosaur friend."

I'd heard of drive-thru liquor stores before, but drive-thru funeral homes were a new one for me. The minute I heard that, the show won me over. "Ghosts in the Hood" had been advertised with the tagline: "this ain't your momma's ghost hunting show", so I was happy to see them deliver on that promise. The Adams Funeral Home also features bulletproof glass, which made it a popular site for gang members' funerals in the 80s.

They've been to other unusual places like a bodega and most recently famed music venue Chain Reaction. There are a lot of jokes or snarky comments made before and during the investigation which is the main reason I (and I'm sure most viewers) watch the show. They do launch an actual investigation though and report their findings to the owner(s) in the morning. The findings and the history of each building are also as entertaining to watch as the jokes and comments, making the show the whole package.

4. They get "Supernatural" references

I have a newfound love for live tweeting my reactions to TV shows I watch, so when I was live tweeting the "Ghosts in the Hood" premiere episode on Jan. 5, I found out how active the cast is on Twitter. The premiere featured one of the cast members building an EMF (electromagnetic frequency) meter, which is used mostly to detect temperature changes in a room. The interesting thing is that he built his EMF meter out of an old circuit board and other odds and ends. There's a season one episode of "Supernatural", "Phantom Traveler", that features Dean Winchester talking about how he'd done something similar with a Walkman.

I tweeted that Dean Winchester would be proud and three of the cast members immediately liked the tweet, which only made me laugh more. This wasn't a one off experience either. The most recent episode, "Don't Play With Santa Muerte", talked about there being a "residual presence" in Chain Reaction. This reminded me of my favorite season three episode of "Supernatural", "Ghostfacers", which spoofs ghost hunting shows while simultaneously having a haunted house storyline. I tweeted that "the explanation of a residual presence was like that death echo episode on #Supernatural" and it later got a like from Richards.

Also, Orpilla's display name on Twitter is Jasmine-MediumRare which is equal parts clever and hilarious.

She's the researcher for the crew, but if you think her research involves computers and other technology, you'd be wrong. She takes it to the streets, asking random people she meets in the community if they know anything about the alleged haunting. As Oyin is the other comic in the crew, of course her way of researching is peppered with humor. It's such a refreshing and odd break from the way research is traditionally conducted on ghost hunting shows.

She's also responsible for my favorite quote from the show so far: [referring to Orpilla doing a ritual to attempt contact with Santa Muerte] "It's kinda like a spooky telenovela".

This show has become an integral part of my Thursday nights and you can join me in live tweeting it every Thursday at 10 p.m. Eastern/9 p.m. Central. It's a lot of fun and a welcome break from the seriousness that is every day life.