Growing up in the 90's
Odyssey

8 reasons this decade was the best 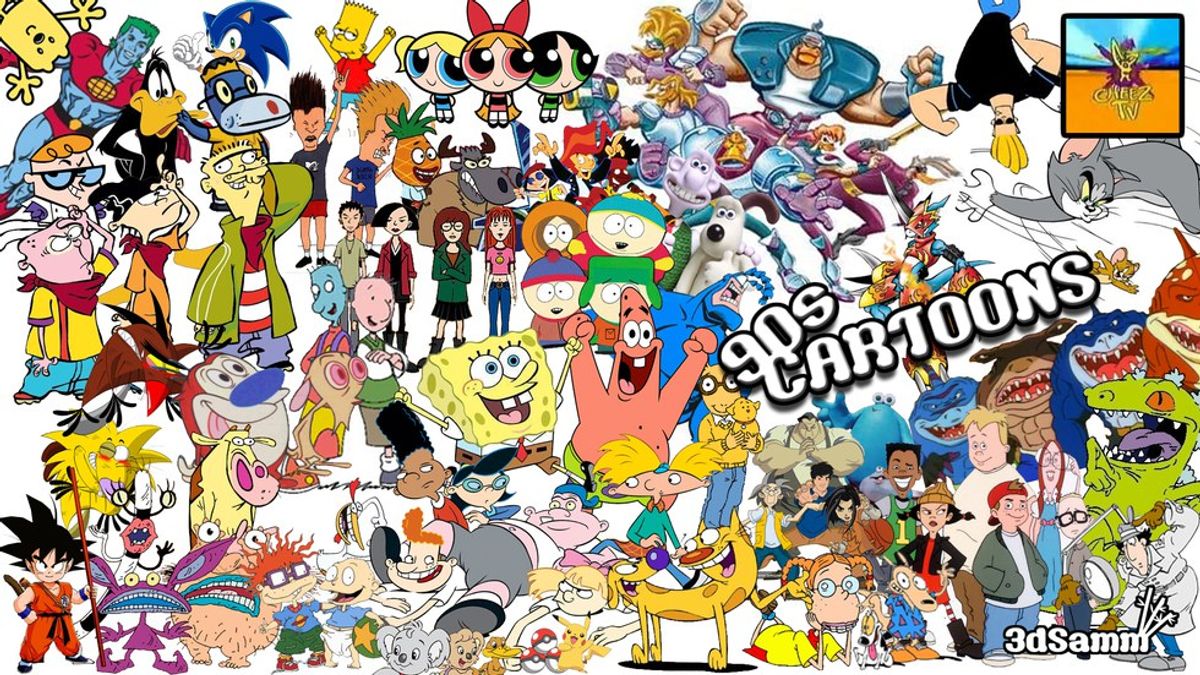 Let’s get one thing straight. The 90’s was and will always be one of the best decades ever. It was a generation that helped create, shape, and form many things we love and enjoy today. When you match this decade to our current one and take the following reasons into account, it is easy to see why the 90's are so memorable.

8. The reality shows where next to non-existent. I feel like every time I turn the channel there is a reality show for everything. I mean sure we had some game and talk shows and COPS, but it was nothing compared to what we have now. Teen Mom, Jersey Shore, The housewives series... I'LL PASS.

7. People could walk around in their own home towns or get on planes without feeling like there was the danger of death lurking around every corner. I’m not going to bring up any kind of politics, but I remember being able to walk on the sidewalks when I was younger or to the park without feeling like I was going to get shot.

6. You can complain all you want about 90’s television, but I will say that back then I felt more of a sense of family and togetherness with a lot of the series that were shown on TV. Also, Wrestling was a lot better back then with the Attitude Era. Smack down has been trying to bring this back as of late, so we will see how that turns out. As far as TV was concerned you could watch a show or movie without the constant worry of running into sex or nude scene. I know we are in a day and age that prides itself in marketing this way, but it needs to be changed. Thanks for HBO family I guess?

5. Video games! I can’t stress this enough. The 90’s did not have game systems complete with the delicious graphics technology that we see today. However, 90’s games never seemed to have a boring moment. There was a lot of original content and the video game company’s took themselves seriously. Nintendo was leading the frontier back then in gaming, and was treated by third party video game companies like a king. Which is why I probably had such a fun time as a kid with video games. Not to mention if you had a Genesis, SNES, N64 or a Saturn, you were set for life. I still play my video game systems from back then sometimes. It was an amazing time for originality in game play, games and innovation.

4. The quality of things has changed drastically over the years. I remember when I was a kid things lasted forever. Nothing is made with quality anymore and it feels as if the minimum bare bones features are added to cut cost of things. It’s a shame and should not be the case in the age of technology and advancement.

3.Cassettes and CD players and even some Vinyl's were a thing . I guess that’s one of the reasons I turned to music at such a young age. I could never afford CD's, so I would buy blank tapes and record every song I wanted, sitting for hours on my floor until I felt like I had enough music that I wanted. For a music junkie that’s serious dedication. All of that aside however, things were different then when it came to music. With smart phones and being able to purchase anything you want on a digitized screen, we have lost the feeling of being able to own physical copies of music from the store.

2. Music had more originality and variety back then. We had a healthy balance of hip hop, R&B, Rock, Metal, Ska, Reggae,… you get the picture. In any case, I feel like now a days it’s all saturated with too much of the same thing. I’m not saying that we need to get back to totally getting 90’s music back. It would not make it special or unique, but what I am suggesting is that artists take reference to what made the music so good back then in the first place.

1. The number one reason would probably be what most nostalgic 90's people talk about -Cartoons and Kid shows! We had great shows like the RugRats, Hey Arnold, Rocko’s Modern Life, Are You Afraid of The Dark, Animaniacs, and Goosebumps. There are even more great shows that came out of this magical canon called the 90’s, and they were all gems.

There are a lot of reasons why the 90's typically stand out as the most talked about time of today. We could learn a lot from this precious era of time, if only we stop t take a look at what worked back then, and make it work for us today.