The honest truth about freshman year and some advice to upcoming students. 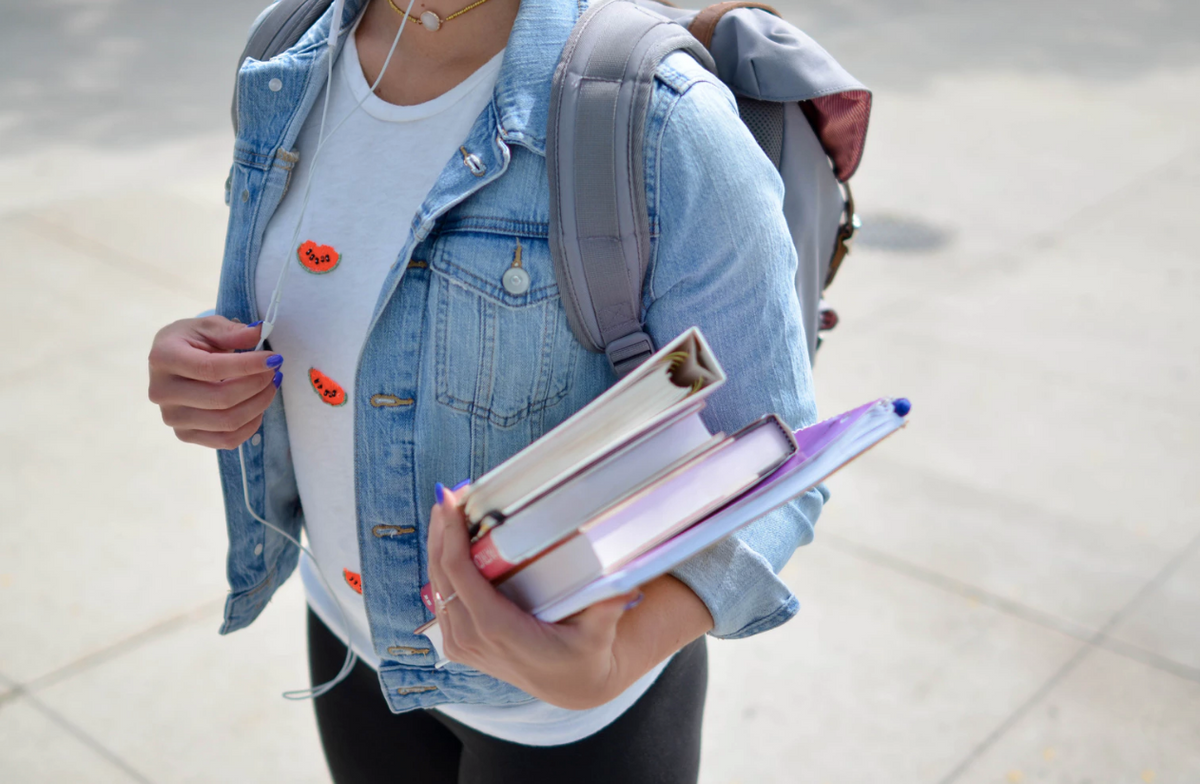 The jump from high school to college is one of the biggest transitions anyone can go through and is something no one can prepare you for. As this year is wrapping up, I've come to realize that life as a freshman was completely different than what I had been told. Because of this, I decided to ask 20 other students how their first year of college went and if they had any advice for future freshmen.

1. "I thought I knew what college would be like based on how I saw others experience it when really, it was nothing like that."

"Everyone's experience is so different in college...but even though it’s different than what I expected, it was the most personal growth I’ve ever experienced in my whole life."

“Nike had the right idea making this their slogan. I came in with so many plans and dreams -- and I still have those dreams -- but I realized when I got here that they also hindered me from stepping out of my comfort zone and trying some things not included in my ‘grand plan,’ but that still interested me."

3. "You will find yourself counting down the days until graduation approximately one week in..."

4. "I have loved getting to study things that are actually interesting..."

"...instead of during high school where you’re pretty much forced down a certain path."

5. “I think the best and the hardest part was learning to take myself out of the perspective that I (my adolescence) had built..."

"...Such strong foundations, the way I viewed the world, but moreover the way I viewed myself, was more or less defined by the people around me. Being whisked away from everything and everyone I ever knew was integral in challenging former perspectives through which I knew the world, and after going through many experiences, challenged even foundational perspectives I once held about myself, my failings and my capabilities. You will change significantly in less than one year’s time, but in reflection, the changes you see will be the most rewarding part of college.”

6. “Sometimes you need to go out and make mistakes..."

"... and sometimes you don’t need to do that and you can just learn from other’s mistakes.”

7. "Friendships...these are the things that I have loved to build and hated to lose by going to college..."

"... Although I have been able to gain some beautiful friends, college has put plenty of strain on some of my high school relationships. I've felt more hurt in my first three months of college by people I cared about than I think I've ever experienced. I felt betrayed, abandoned and fearful of losing another relationship into which I had invested everything. However, this has made me love myself more because although a dead petal may fall off a flower, the flower does not wilt."

"... and listen to your friends' advice about them. Or else it will mess you up."

9. "If you know you don’t want to do things, people respect it when you say, "No." They don’t respect someone who is on-and-off..."

"...You won't be left alone, either. My advice would be just to become fully in tune with yourself and your morals before you come to college. The best thing I did for myself was deciding before the year started that I did not want to do anything involving drugs or alcohol and in the first week, when people asked me, I just said I’m not interested in a polite way. I let them know I don’t mind if they do because the last thing you want to do is make people around you feel judged. Since then, they don’t even ask me, and they really respect my decision and values."

10. "You'll spend hours a day working on stuff and still not get the results you're looking for..."

"...You definitely learn that you can't always get what you want, and the real world is hard."

11. "Literally just having the motivation to go to a class you know you can skip..."

"...That is probably the hardest part of college."

“I’ve never had my character tested more in my entire life, and no one can ever prepare you for that..."

13. "It was surprising to meet people whose views are largely different from my own..."

"...and still be able to admire and respect them."

14."It is easy to just keep to yourself and avoid making friends, but this can lead to depression and other serious issues."

"...That was not the case for me because literally, everyone had the ’open door’ policy. Anyone could come and hang out or talk which made getting to know and connecting with them much easier."

"...You'll either gain fifteen pounds or lose it because you get so stressed you’ll forget to eat or just become a human garbage disposal."

"If you are stressed about making friends and getting out there, one of the best things I can recommend is joining a club, bonding with your roommate or talking to people in class. Now for an introvert, this may sound intimidating and coming from a girl with social anxiety, I will say it is. But, you have to try. Not everyone will be friend-material, but if you don't test the waters, you will never know if they are warm..."

17. "You learn about yourself and your beliefs and how the world works when you're placed in a completely different place with completely new people with different stories."

"... and I think that’s just as valuable as book-knowledge.”

"...or at least be comfortable talking to one another, especially since they most likely feel as alone as you do. Don't spend the year in lonely silence."

"...and how much money the university is stealing from innocent students..."

20. "...College is what you make of it, so do some cool things and meet some amazing people.”

“Get involved with clubs on campus! It’s the best way to meet people with similar interests as you and form friendships. You’ll get to spend time doing things you love and, let's be honest, it looks good on a resume. Don’t hide away in your room or spend all of your time studying. Take advantage of where you are and the opportunities that are all around you..."

To all of the high schoolers preparing to take on their freshman year, make sure you know your values, surround yourself with quality people, and take some risks along the way. College is a time of leaving your childhood behind as you undergo necessary self-exploration and independence, so take full advantage of these exciting and terrifying next four years.