Ranking All Of The Disney Halloween Movies From Worst To Best

Ranking All Of The Disney Halloween Movies From Worst To Best 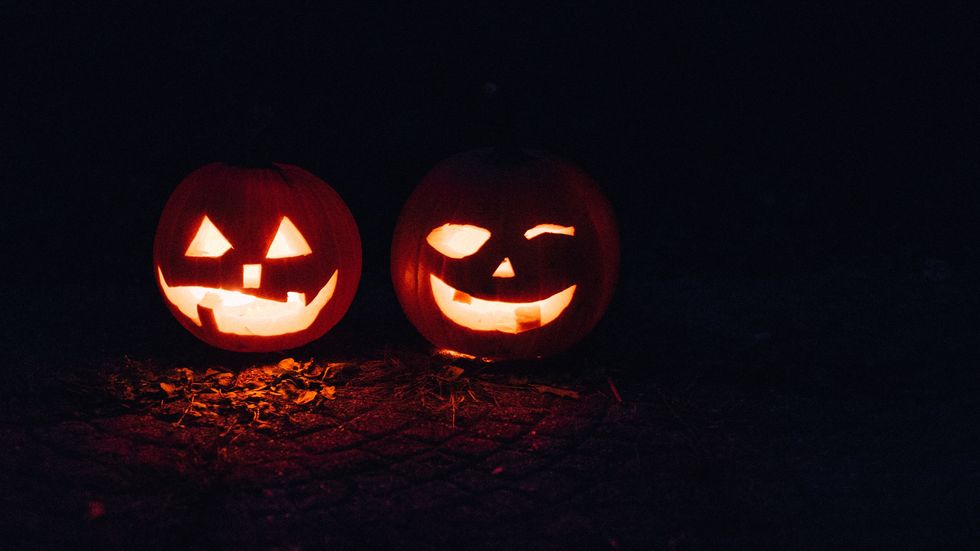 Photo by Beth Teutschmann on Unsplash

So many of us grew up on those classic DCOM's and looked forward to the spooky ones every October! Here is the official ranking of all of my personal favorites:

15. Don't Look Under The Bed- Coming in at dead last is Don't Look Under The Bed. I remember seeing this movie for the first time at six years old and I was terrified. The way they portrayed the boogeyman is downright terrifying. Turns out Disney even stopped playing it on air because so many parents complained! I'm twenty-three years old now and I still can't watch that movie.

14. Frankenweenie- I haven't seen it because for some reason watching a movie about a dead dog makes me extremely sad and I can't bring myself to watch it. Hence, why it's at number 14. I stand by that.

13. Twitches Too- I just recently watched this one for the first time in a long time. In my opinion, it's just not as good as the first one. First of all, where's the original lady from Schitt's Creek?!? It just seemed to drag on for a really long time, and a second one just wasn't needed. But hey, I get it, Disney, Secure that bag while you could.

12. Return To Halloweentown- This one gets debatable! Don't get me wrong, I like this movie, but I don't like it as part of the Halloweentown series. Where is the original Marnie?! Who is this imposter?! But on its own, it was a pretty good movie.

11. The Scream Team- First of all, anything Kat Dennings is in, I will watch. This movie is really cute and gives me enough spooky vibes for a good Halloween movie. I like it but it's not on my yearly rotation.

10. The Nightmare Before Christmas- Alright. Unpopular opinion. I know many people that would put this in their Top 5. I genuinely like this movie….NOW. But I haven't always. Again, this is just one of those movies that scared me when I was young. And not in a good spooky Halloween way. It kind of traumatized me. Maybe I was just a weird kid. Who knows. This just isn't my favorite.

9. Halloweentown 2: Kalabar's Revenge- Not as good as some of the other Halloweentown movies but I like the spooky vibes! You have costumes, magic, mystery, and entrapment in another world. Oh, and recently I found out the actress that played Marnie and the actor that played Kalabar's son are dating in real life?! We love to see it.

8. Twitches- A pretty good movie if I say so myself! You've got family reuniting, magic, and witches. Classic Halloween things. It's a good movie to have in your yearly rotation.

7. Under Wraps- Basically, three kids accidentally revive a mummy and they have to return him to his final resting place by midnight or…..dun dun dun. You've got to watch to find out. Definitely brings back that classic DCOM nostalgia.

6. Phantom of The Megaplex- This one is a classic spooky mystery. It's a premier of a movie and things are going wrong left and right and as a child it's…..creepy. Plus I had a crush on Taylor Handley (the guy that plays Pete) when I was younger. So this one's on the yearly rotation as well.

5. Halloweentown High- I LOVE this movie. You have all of these magical creatures coming over and learning about humans, you have mystery, teenage love, and "monsters" and witches going to high school. What more could you want? Oh, and it has Debbie Reynolds (rest in peace). What a queen.

4. Mom's Got A Date With A Vampire- Twilight who? Kidding. But this is a Halloween CLASSIC. Plus as a kid, it's pretty creepy.

3. The Haunted Mansion- Eddie Murphy...need I say more? In all honesty, what a great movie. (The spider scene is a bit creepy though. If you know, you know.) You have ghosts, talking heads, zombies, and….secret doppelganger loves? Oh my! I always watch this movie several times a year.

2. Halloweentown- The OG. The classic. The MVP. I watch this movie several times a year with my group of girlfriends! (Again, we stan Debbie Reynolds). Also, when you were a kid, who watched this and didn't want to be a witch?! And in the wise words of Aggie Cromwell, "Being normal is vastly overrated".

1.Hocus Pocus- "Oh look. Another glorious morning. Makes me sick!" Number 1. My favorite Halloween movie. I will watch this movie on repeat around Halloween. Plus the musical number of "I Put A Spell On You"???? A true classic. And 10 year old me was definitely in love with Max. The ending will always have me in tears.

I know it's hard to be stuck inside this year. So many of us want to put our costumes and makeup on and go to a party, but we have to think about the future and be considerate of others. Take some of these movies into consideration and have a movie marathon! Disney Plus even has a group watching option. Remember to stay safe, wash your hands, wear your mask, and social distance!