Racists Can Have Opinions

Yes, Even Racists Are Entitled To Their Opinion

We use people's opinions against them, even if they're not acting on them. 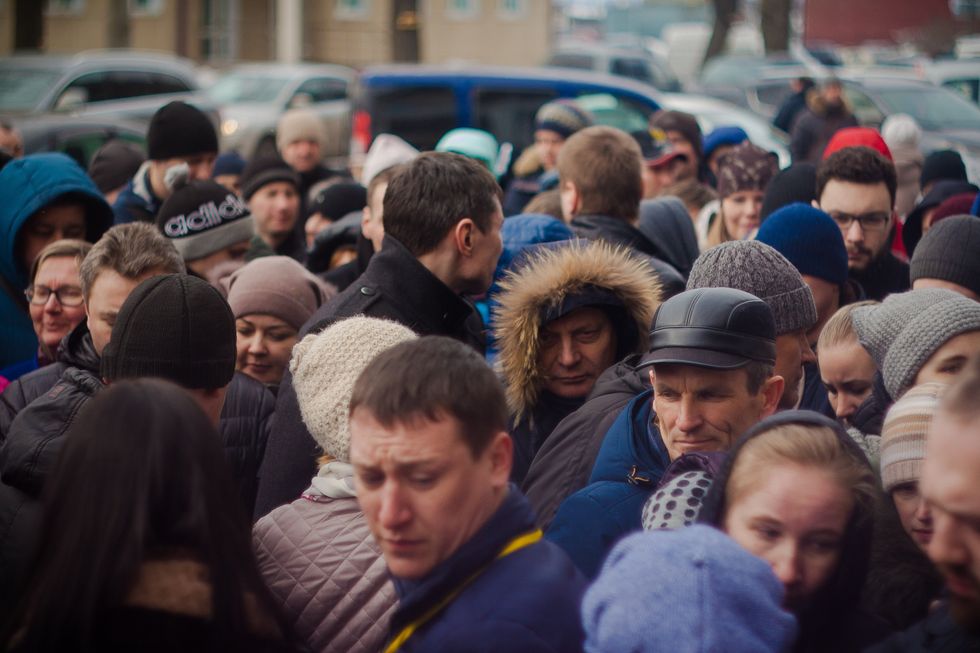 The term "racist" is thrown around in political and social discourse all too frequently, so much so that it's almost lost its meaning. Being called a racist is now analogous to being called a moron or an idiot; the same lack of mental faculty is implied. But is being a racist really the worst thing you could be? Is racism really the ultimate sin?

This may sound like an apologist for racism, but hear me out. Being racist is not the worst thing in the world. Is it terrible? Of course! Racism is disgusting. However, it's not nearly as bad as being, say, a murderer or a pedophile. "But," you cry. "You're comparing apples to oranges! In those last two things, people are being physically harmed!" Precisely my point. Murder and pedophilia are criminal offenses. Racism is not.

Racism is an opinion. People are racist because they choose to believe one race is inferior to another. This opinion, though ignorant and uninformed, is still an opinion regardless of how much we may disagree with it.

In our current political climate, people are defined by their opinions. You're either a liberal or a conservative. You're either for abortion or you're against it. You either support Trump or you don't. This lack of nuance is carrying over into our personal lives, and we've begun seeing each other in black and white and not as complex beings. Americans are so used to having everything condensed, but the harsh fact of the matter is that people cannot be boiled down to their opinions. We take one aspect of a person and crucify them without taking into account that they are just as frightened and helpless as we are.

For example, Zainab, one of my fellow creators, shared a story about a guy that goes to school with her who had some shocking and unconventional views.

"He's... a nice person. We've talked. He's not hostile to me...And yet, I found out he believes that minorities are genetically predisposed to crime and lesser intelligence. There's another girl who said that she would totally go off on him if it were to come up in conversation. She strongly believes that anyone that hangs around him is condoning racism by being his friend. His black roommate, upon finding out that he believes this, moved out to a different room. The friend group that he hangs out with regularly calls him a racist, and he just kinda shrugs and doesn't respond to those comments."

This guy is a racist, but he doesn't go around loudly voicing his opinions and taunting minorities. He is a prime example of a person's opinion being used to dictate their entire character. He does not deserve to be socially and emotionally ostracized simply for having a racist belief. He doesn't hurt anyone, doesn't bring it up in conversation and certainly doesn't abuse minorities or act on his opinions. As long as a racist stays quiet and doesn't act on their opinions through ridicule or violence, what's the harm?

The First Amendment not only protects our freedom of speech, it also protects our freedom of silence. Ultimately, being racist is a choice. Alienating a person for their choices is not going to make them change their mind. Ostracizing a racist is only going to make them more bitter, and then we end up with things like the Charlottesville rally, where white supremacists killed a peaceful protester by driving a car into a crowd. These people were obviously set in their ways, so yelling at them, cursing or even alienating them altogether will accomplish nothing.

How do we invite nuance back into our lives? How do we remain calm when presented with racist and frustrating ideals?

Though it's not easy, we have to encourage civil and respectful discourse. Understand that other people are entitled to their opinions and don't set out to start a fight. Do not resort to name-calling and if worse comes to worst, instead calmly say, "I respect you and your opinion, though I don't agree with it," and walk away.

racism
Report this Content
This article has not been reviewed by Odyssey HQ and solely reflects the ideas and opinions of the creator.

12 Websites That Are THE BEST For Christmas Shopping This Year