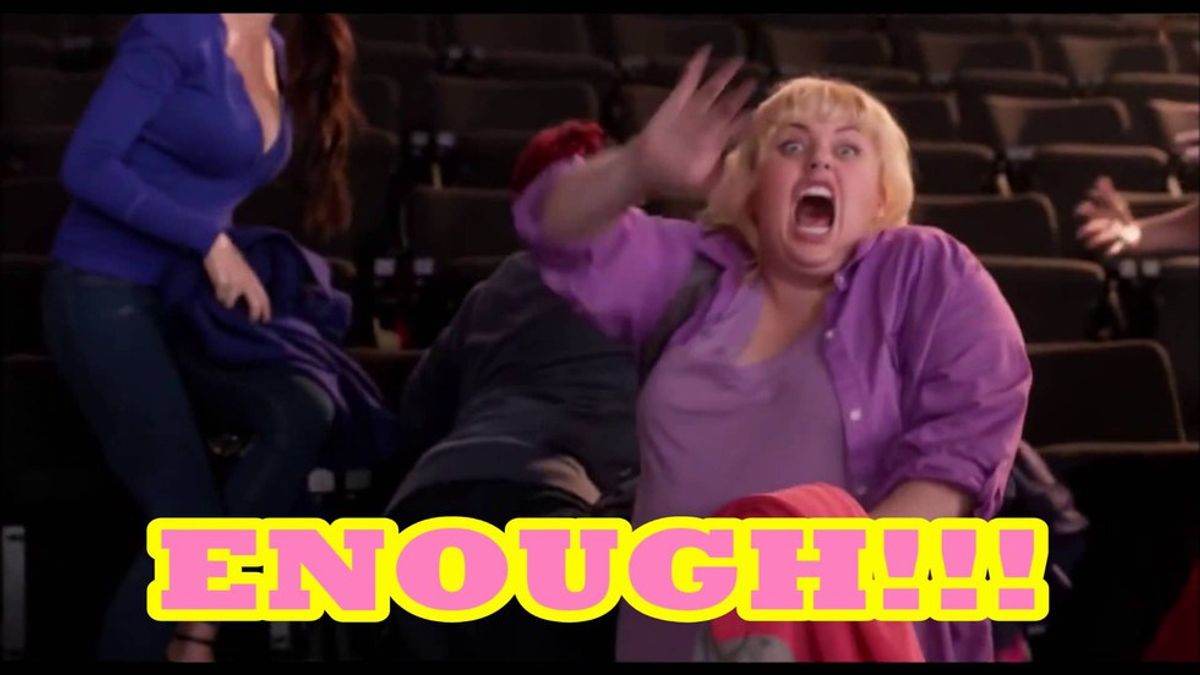 Your disapproval, disgust and hatred towards us plus-sized individuals is very clear. You preach about plus-sized people needing to lose weight to be acceptable in society. You take pictures and videos of plus-sized people with the purpose of making fun of their bodies (and their lives) without taking the time to realize how cruel your actions and words are.

You claim that plus-sized advocates are attempting to "promote obesity." You associate fatness with ugliness, and when you insist on having a cheat day or a a cheat meal, you refer to yourself as "being/acting like a fat ass." And you refer to us plus-sized folk as "fat asses" all the time.

Fat is an insult. There's no doubt about it. But why? Why is fat an insult and skinny a compliment? Why are fat people forced to shop in separate sections of stores, or worse, separate stores overall? Is it because you're afraid our curves will be contagious and make you plus-sized, too? Do you enjoy making plus-sized people feel like outcasts?

What is the point of saying phrases like "you would be pretty if you lost weight?"

What makes a plus-sized body ugly? Is it because you don't see plus-sized bodies in the media? Is it because in movies, the man always falls for the thin girls? Because the only fat girls shown in movies and television shows are supposed to be the comedic relief, with extremely few exceptions -- like Melissa McCarthy?

How dare you refer to plus-sized individuals as fatsos, fat b***hes, and thunder thighs. Seriously, how dare you. Do you not realize how mean those names are?

To those who condemn plus sized people, I hope you take the time to educate yourself and realize how disheartening your words and actions are. I hope you realize how wrong it is to poke fun at people for being overweight. Telling someone they're worthless, useless, or disgusting because of the size of their body is bullying. Stop being a bully and start spreading love.

Your criticism about plus-sized bodies will not change the fact that more than half of the people in America are size 10 or larger, aka plus-sized. Your disapproval towards fatness will not make fat people lose weight.

Because fat shaming is not "something made up by obese people to avoid the responsibility to actually take proper care of their body and instead victimize themself by pretending they're discriminated like an ethnic group."

Fat shaming is "an act of bullying, singling out, discriminating, or making fun of a fat person because of a bias against people who are considered unattractive, stupid, lazy, or lacking self control."

Plus-sized individuals are beautiful, and should be treated that way. Quit holding plus-sized people back from being positively represented. Educate yourself. Learn what it's like to be a plus-sized person, about the self-hatred and the discrimination in the world. Start supporting plus-size activism.