How My Shopping Addiction Was Exasperated During Quarantine
Odyssey

How My Shopping Addiction Was Exasperated During Quarantine

I claimed I was just trying to help the economy. 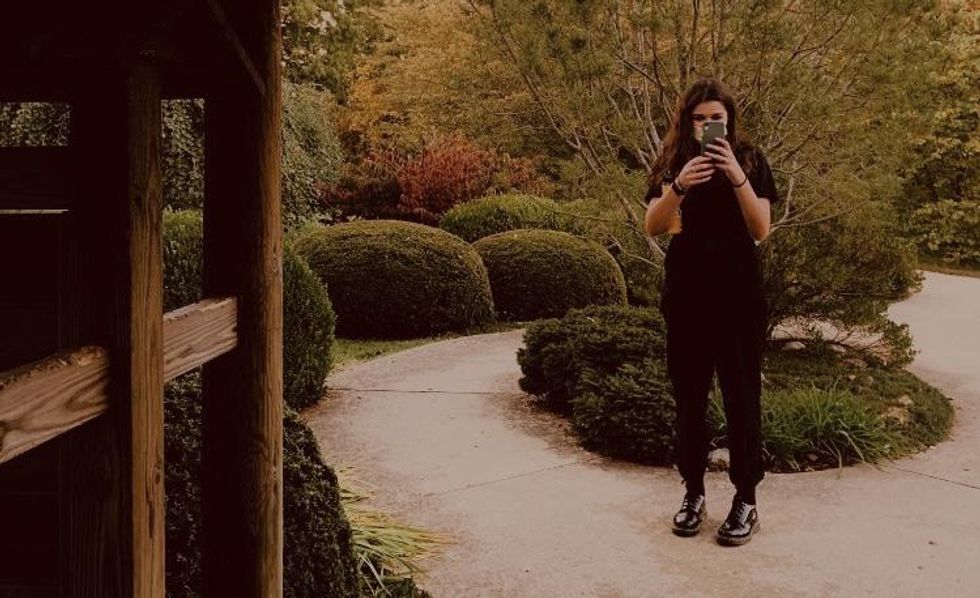 Being home hasn't been easy. That's for certain.

From March to August, I was home.

I am confident that many college students like myself became very restless staying at home. Just being able to go to online classes and hanging aimlessly around the house made life seem so pointless and monotonous.

When I first heard about us having a stay-at-home order, I knew that it was going to have a negative impact on my mental health. But I never would have dreamed of the other implications.

Being locked up really changed who I was. Boredom became an everyday emotion, and I no longer became excited about what was to come, because there was nothing to come. All of my summer trips had been canceled, and as far as I knew, we were going to have to stay at home until further notice.

I cleaned everything, found old board games to play, and I even took up a new hobby of skateboarding.

I still found myself spending large amounts of time just taking naps or staring at my ceiling in thought.

It was during this time that I began to more readily think about who I was and who I wanted to be. Over the last couple of months, I had gone through some serious issues, and it was nice to be able to sit and reconsider who I was exactly.

My boredom gave way to a full transformation.

A lot of people have talked about how they have come out of quarantine as a whole different person, good or bad.

At the beginning of quarantine I had a deep desire to recreate myself, and to take the extra time to think about my goals and really develop a better sense of self-love.

Looking back, the person I ended up creating was not the best version of myself.

I wanted to be the person that everyone turned their head to look at. I wanted to go into full-out skater girl mode.

This change took a major toll on my wallet. There was something thrilling about swiping a credit card, getting an email confirmation that my order was on its way.

I am pretty sure that my wallet would have taken a beating whether or not that I decided to go into skater mode. I loved the risk that came with purchasing something online, the competition to beat other people when items were limited in stock, and getting deals on items that were once expensive.

At the time, I didn't have a job, and this was also not a good thing.

As an only child, I do consider myself to be spoiled. Looking back, I have always gotten what I have wanted. Or at least almost everything. Whenever I wanted something, I knew I would get it. I would plead and plead and plead. My own mother, who knew I struggled with the absence of my father pitied me, and often gave me material things to compensate.

Selfishness is one of my worst characteristics. In fact, whenever I would fight with my mom, she would always say I was selfish. And to a point, I believed it.

When my bank account was empty because I was beginning a new job in a couple of weeks, I managed to steal some money from my grandmother's bank account in order to buy myself a new electric skateboard as well as a couple of pairs of Vans. At first I thought I could borrow the money for now and pay her back when I managed to have job and a fairly stable income. I knew that her credit card bill didn't come for another 3 month period, so I thought I could easily be able to sneak the board in when it was delivered and hide it until I went to school. There was something about sneaking around that also gave me a thrill.

But the stuff I bought kept adding up.

The power that I felt when I had her card number, I felt like I was buying without a cost, which is the best way to buy. I kept buying more stuff, saying that I would delete her number and not do it again. But it was like an addiction.

I ended up buying a lot of useless crap that I thought could make me look cool and different.

But it made me feel worse.

Of course, it was nice to buy new things, but I realized that this was going to put my grandma in major debt.

I began to think about how selfish I was, and how she would lose all trust in me. And when I got the electric board, I had so much fun with it, but I felt guilty every time I rode it.

All in all, the charges I put on her credit card were not worth it. And one afternoon when I was working on campus, I got the dreaded call from my mom, asking how I could do something like that to my own grandmother. And I didn't have an answer for her.

She was crying, and I started to cry. She asked me if I was on drugs, and what could be so important that would put my own grandmother a thousand dollars in debt. There was silence on my end of the line.

It was embarrassing to think that I had wanted something that was a piece of plastic so much, that I had to put my relationship with my 85-year-old grandmother at stake. In many ways, it scared me. How pathetic had I become?

I have become more aware of what I spend, and I have also come to the realization that things that I collect are not that important. And I realized that the reason I wanted all this stuff was because I was largely insecure and cared so much about what people thought about me. Ridiculous.

Everyday, I am trying to regain my family's trust. They are still disturbed that I could do something like that. Nothing is ever worth putting a relationship with a family member at stake.

I slowly have come to value my own personality more, what I have inside and the connections I have with others more than what I have or what I want. That is what is really important.

In some ways, I am glad that I was able to learn from my mistakes now and to take time to develop a better mindset.

Our mistakes often carve a path to the development of our strengths.

I can only hope that this is true for me.