These are my reasons why saying "retard" makes you an "A" word. 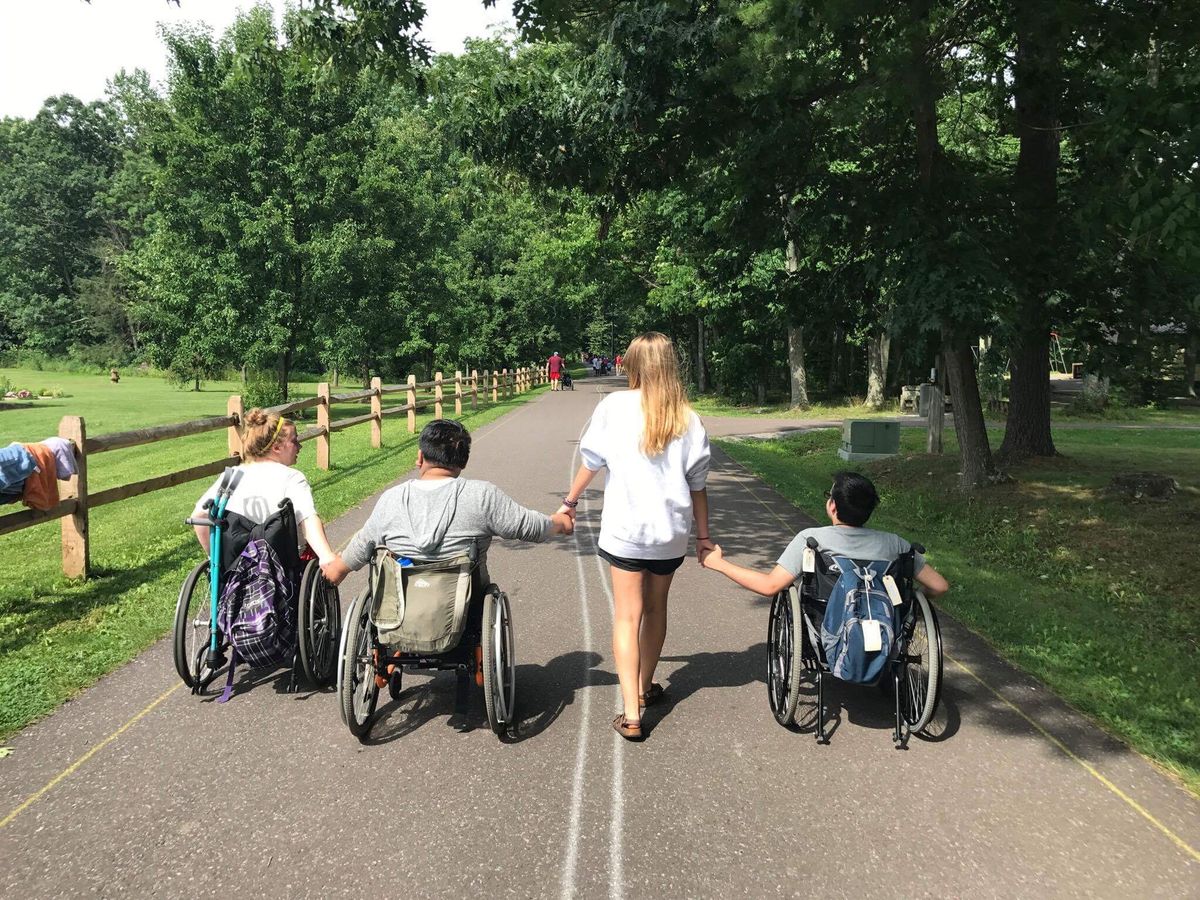 It is easy to spot the table at lunch occupied with the students who need aides to help them out with their classwork.

There are always the students that spend their school days in another classroom to learn daily activities such as tying their shoes or signing their names. You may walk by them in the halls and watch as they look down at the ground away from you.

They are the very few students who have access to the elevator key because the school isn’t wheelchair accessible. They leave class occasionally to take medications or deal with bodily functions.

They seem foreign to some. At universities, exposure is limited. When they are spotted being helped by workers in our facilities with jobs that are considered undesirable, it’s hard not to stare. At this age, transitional care is limited, and it’s difficult for parents to let them go into society. There are agencies that match them with staff to bring them to and from places and care for them throughout the day when their parents can no longer do so.

They greet you with a big smile on their face as they hand you the movie ticket you purchased. They optimistically clean up after you make a mess because they are proud of the job they have and the hard work they put into it. Some may live on their own, others still need daily supervision to help them achieve tasks that we take for granted. They have lived their entire lives knowing they are different.

Temple Grandin raised awareness of animal cruelty and used her own experience to alleviate anxiety for animals in slaughterhouses. She is the creator of multiple animal handling inventions that allow animals, especially cattle, to be treated as humanely as possible. There have been documentaries made about her and her research that is still in use today. She is a Professor of Animal Science, an author, and an advocate for people with disabilities similar to her own.

Frank Stephens testified on Capitol Hill about the importance of research on disabilities, especially Down Syndrome, and the recording of his opening statement went viral. He takes a stance on the beautiful capabilities that those with Down Syndrome have and argues how great his life is, regardless of the beliefs of others around him. He exaggerates the beauty of inclusion in society, and values the incredible source of happiness that comes from him and others with his disability.

I call them “R” words, too. Radiant. Refreshing. Remarkable. Real.

Every day, someone with a disability is chastised for being different, but they are crucial to our society at every stage in life. Without them, many of the revolutionary changes in our world similar to those made by Temple Grandin or Frank Stephens would have never happened. Contrary to common belief, they are capable of making our world a better place and they are driven to make an impact on society.

Hearing the “R” word thrown around breaks my heart, and knowing that so many people have become numb to the hurtful and degrading impact that it has is unacceptable. With the exception of one of my sorority sisters who inspired me to write this article, I have found that very few people even acknowledge the word's inappropriate usage. My mother has always taught me that people don’t choose to be that way, and that they have their own struggles every day without the judgement of others. It is our job to be kind and tolerant. Who are we to put down people who had no choice in the life they were given?