I think this is a sign to start selling our break-up notes. 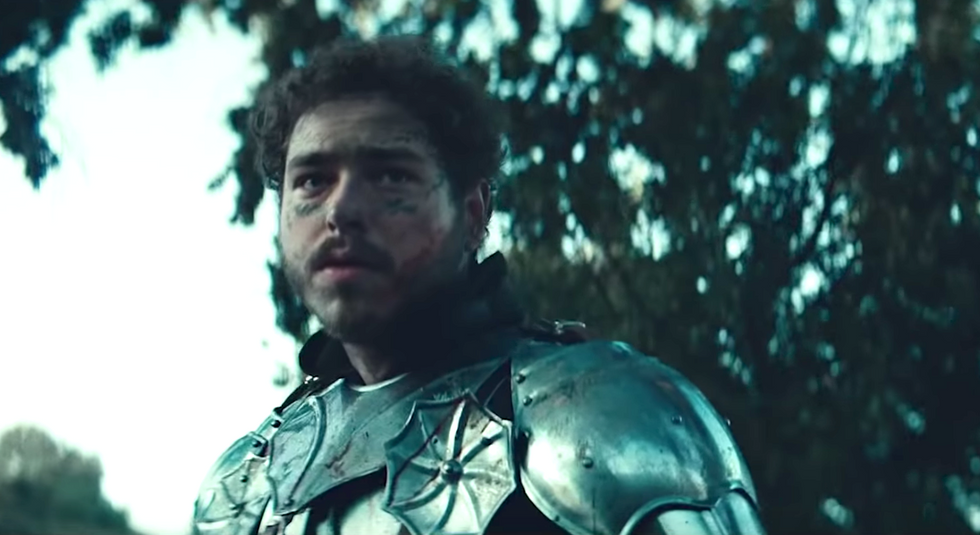 Post Malone isn't a Ken doll, but he is so much more: a lyrical genius.

Even without all the drugs, money, and fame, his songs hit deep. As a young college student trying my best to keep going and loving, I can definitely relate. I mean, who isn't always tired? A few years back, he performed at my school and, trust me, we were all mesmerized by his incredible acoustic abilities and pure emotion.

His new album, "Hollywood's Bleeding" was just released and I'm already obsessed. It features so many new artist collaborations from Ozzy Ozborne to Sza. I didn't even know I needed this in my life, but now that it's here, I'm never letting go.

Here are some lyrics from "Hollywood's Bleeding" that need to be an Instagram caption pronto:

"I just seen Lil' Mama Instagram and she flexin'" – "Internet"

"I dare you to do something" – "Circles"

"Wasted on Sunday, erase you on Monday" – "Allergic"

"Someone took a big L don't know how that felt" – "Sunflower"

"It's gonna take a lot more to kill me, bitch" – "A Thousand Times Before"

"Everyone's gone, but no one is leavin'" – "Hollywood's Bleeding"

"I go out, and all they eyes on me" – "Hollywood's Bleeding"

"You say you don’t know me, but I know that’s false" – "A Thousand Bad Times"

"Used to have friends now I got enemies" – "Enemies"

"Shit was sweet until I was a sucker, shout out Jonas Brothers" – "I Know"