Playlist For When You Wanna Feel Like a Bad B***h 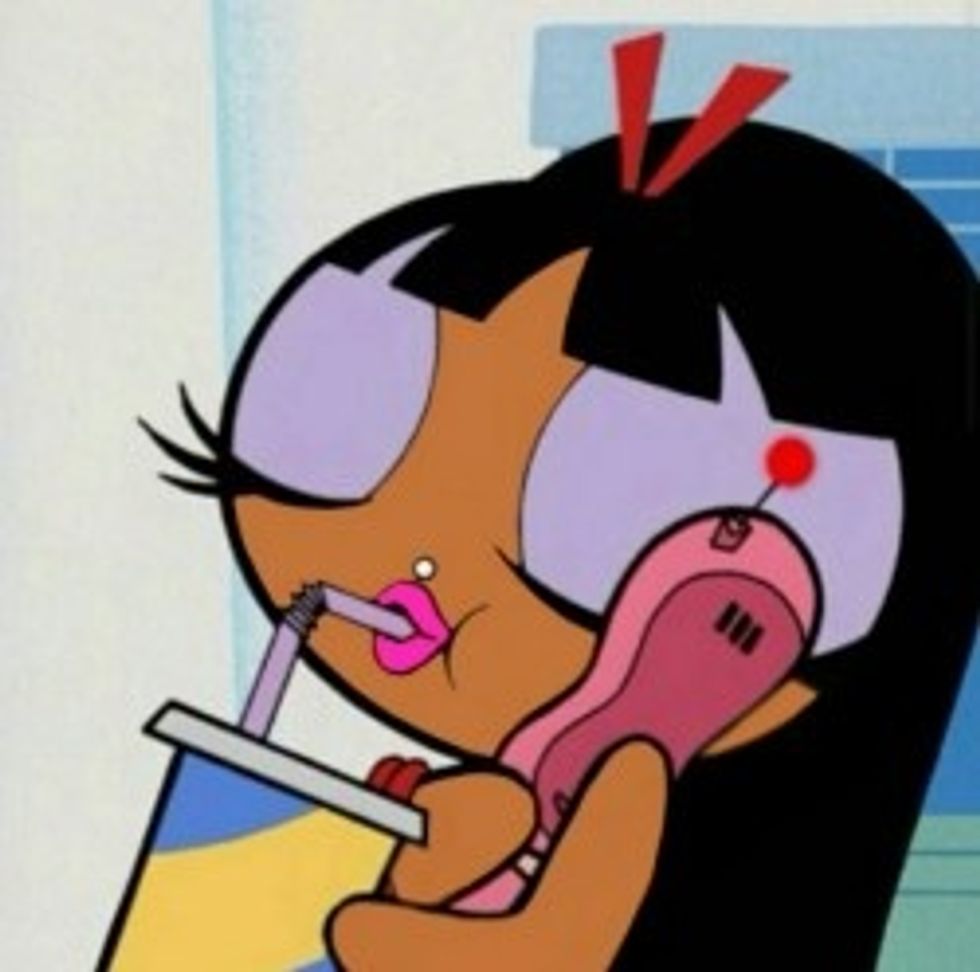 Every female NEEDS that one playlist that makes them feel like the baddest out there. Every once in a while we need a reminder of what a baddie we are.

So much of Meg's music is about retaking power from men. How can you not love her!! With her performance on "Girls in the Hood," she challenges rap's patriarchal canon.

This has to be one of my favorite songs by Rico, I will blast this 24/7 in the car and just go off!! This song was basically a diss to rapper Asian Doll. Rico and Asian had been beefing not too long after they released a track together titled "Amigos". Rico claimed that Asian was biting her style, and Asian Doll didn't take the idea too lightly.

Everybody has that one special outfit that makes them feel sexy and you just can't help but flaunt it! This song is all about women empowerment and telling a man to "suck it". Ladies get out that freakum dress and show your man who's boss!!!

"Sorry Not Sorry" is basically a big middle finger to her haters. Now she is bringing confidence, along with a sarcastic way of feeling sorry that she really isn't feeling sorry at all, Demi keeps encouraging her fans to do the same. From Demi herself "I hope this song makes you get off your seat and dance like you never have before. This is an anthem for anyone who's ever been hated on and has risen above it and come out from the other side like a f***** savage!!!"

"Me Too"- Meghan Trainor

"Me Too" is Trainor's ode to self-love from her 2016 album Thank You. It serves as both a celebration of herself—as a person confident in their abilities and their body—and of her success—making hits that celebrate feminine ego and full-figured bodies. From Meghan: "Me Too" is another self-love anthem about loving yourself and the chorus says "if I was you, I'd wanna be me too". How confident is that? Come on people. And I wanted to make a club banger and I say this is my club banger".

As the song's title implies, the lyrics mainly see Cardi rapping about money. She talks about the insane wealth she has created for herself and the glittering lifestyle it has brought her.

"In The Party"- Flo Milli

We all know that Miss Onika deserves to be on this list. This song is basically letting everyone know that she let you frauds have y'all fun, now the real queen of rap is back.

Men rap and sing about sex in preposterous and sometimes awkward detail all the time. It's beyond the time that the same courtesy is extended to women like Cardi B and Megan Thee Stallion. I personally love this song because we have men singing songs like "Or Nah" about our body parts and finally we have a song where we take everything back.

"Hot Girl" by Meg and not "Hot Girl Summer" (but I mean the song with the alter ego Tina Snow) has to be another one of my favorite songs by Meg Thee Stallion. It's just a great song and back home they alwayss played it.

Now this song here is only available on YouTube but this song goes hard!!!! It's hard not to just scream these lyrics in the car when you're with your girls.

On "Only," the third single from The Pinkprint album, Nicki Minaj plays with her dominance over her male Young Money labelmates and asserts her sexual and rap prowess. Her verse in the song is just so powerful, ignore everyone else, she could've just rapped the full song and you know she would've gone off!

"Can't stop, won't stop, get guap. 'Cause I'm icy, wifey, haters wanna fight me." I sing those lyrics with a passion whenever they come on. From Saweetie: "I wrote "Icy Girl" to motivate you. I was renting rooms in L.A., and I only had a mattress in my room, and I was like, I'm a get out of here, and I really feel like self-motivation and being positive can really get you to where you want to be in life. So girls and even men, I hope that when they listen to "Icy Girl," they can use the tools and the hidden gems that I have in the song. Like, use it to help wherever they are at in life. Even if you are in a good place in life, just keep on progressing, moving forward. It's all about growth. You never want to be stagnant and just get to that back."

"Ride Or Die" is a song off of the "Queen & Slim" soundtrack, it's a straight banger!! Needless to say, 2019 had been the year of Thee Stallion.

"Break Up to Make Up"- Vickeelo

This is a song that I always listened to with my friends back home in Dallas. During dance class we would put this on even though we were supposed to be dancing. This is the type of song that all your girl friends scream all the lyrics too.

"For Everybody"- Kash Doll

Bossed-up Detroit stunner Kash Doll speaks to the lies and infidelity of trash men in her song "For Everybody." Over a heated phone conversation, the two confront each other and don't hesitate to trade competitive brags about their encounters with the two-timing guy. In the midst of their gloating, they come to a consensus: they advise each other not to sweat over a man who lacks respect and loyalty. If I said I didn't sing all the lyrics to this song whenever men got on my nerves, I would be lying.