Does Being Asian Hurt Your Chances Of Getting Into A College?

Does Being Asian Hurt Your Chances Of Getting Into A College?

An open letter to Asian-American students nervous about college admissions. 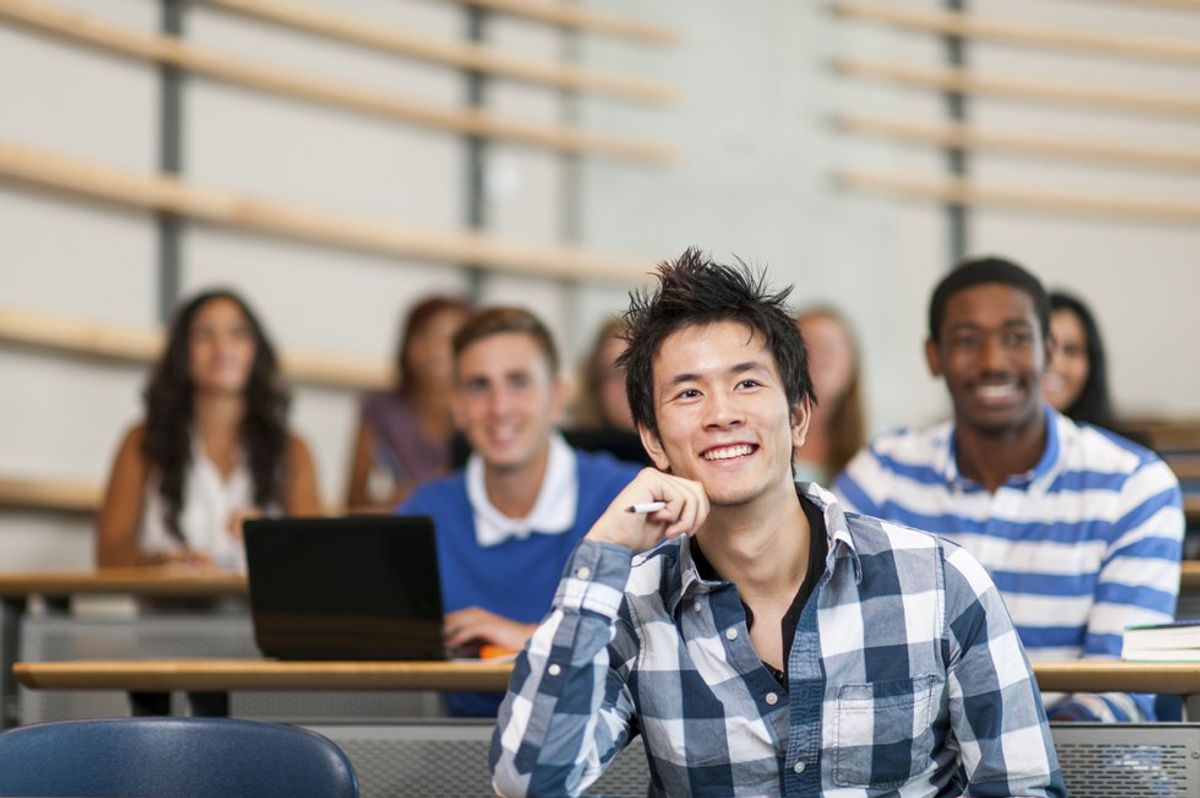 "Dude, if there wasn't affirmative action, all the top schools would be filled with Asians who had perfect grades."

It was freshman year of high school when I heard this statement. I say this like it was long ago, but it's been only two months since I've finished the hell that was the college admissions process. If you're about to Google what exactly affirmative action is, one of the first definitions is simplified in two words: positive discrimination. Essentially, this policy encourages the increased representation of disadvantaged groups and minorities. According to the 2010 U.S. Census Bureau data, only 5.6 percent of the nations population is Asian, with 14 percent who identified as Black and 17 percent as Hispanic. Meanwhile, colleges such as the University of Michigan at Ann Harbor and Harvard University have had lawsuits filed against for their affirmative action policies.

As a first-generation Asian-American immigrant, I was appalled to hear that students of Asian background were at a large disadvantage when applying to colleges. Why? Historically, Asians have been victims of systematic discrimination and prejudice. The Chinese Exclusion Act of 1882, the unjustified imprisonment of Japanese-Americans during World War II... heck, one of the largest mass lynchings in U.S. history was attacking the Chinese!

The idea of affirmative action infuriated me. Why was it that every minority but Asians could benefit from affirmative action? Looking back throughout time, it felt like 'our' history was being overlooked as if the harassment, oppression, and racism dealt was ignored.

Reading journals, articles, and papers, a common notion I found to be justifying affirmative action was the idea that Asian culture "values education."

First off, this is a grotesque generalization. Just like how the United States is culturally and geographically diverse with various regions, South Asians do not share the same beliefs and values as East Asians. After all, how can you assume the ideas of over 40 countries?

Secondly, a common conclusion is that underrated minorities do not have equal access to resources, opportunities, and thus higher education as its counterparts. I wholeheartedly agree with this and see this as something that anyone that grows up in a low-income household has to face - irregardless of race.

What makes a poor kid working in Chinatown different from a poor kid from the inner city?

Now, before anyone feels like putting up their pitchforks or becomes disheartened, I have to say: I am for affirmative action. When I hear other students use affirmative action, more likely than not they interchangeably use the policy along with another hype word - diversity.

Using race in college admissions is not for deterring students. It is more about the creation of a diverse student body and less about righting the wrongs of previous generations. Asians happen to be over-represented in colleges while Blacks/Hispanics are not.

Overall, I am glad that colleges work to promote diversity of all kinds: politics, cultures, experiences, beliefs, and yes, income and race are all positive attributes.

If you're scared or worried because of affirmative action, don't be. Your race is just one of thousands of thing that makes colleges want you and I promise that you have more to offer than just your skin color.