An Open Letter To Men Repressing Their Homosexuality Due To Religion

An Open Letter To Men Repressing Their Homosexuality Due To Religion

Believe it or not, there is much more to this world than the bubble you were raised in. 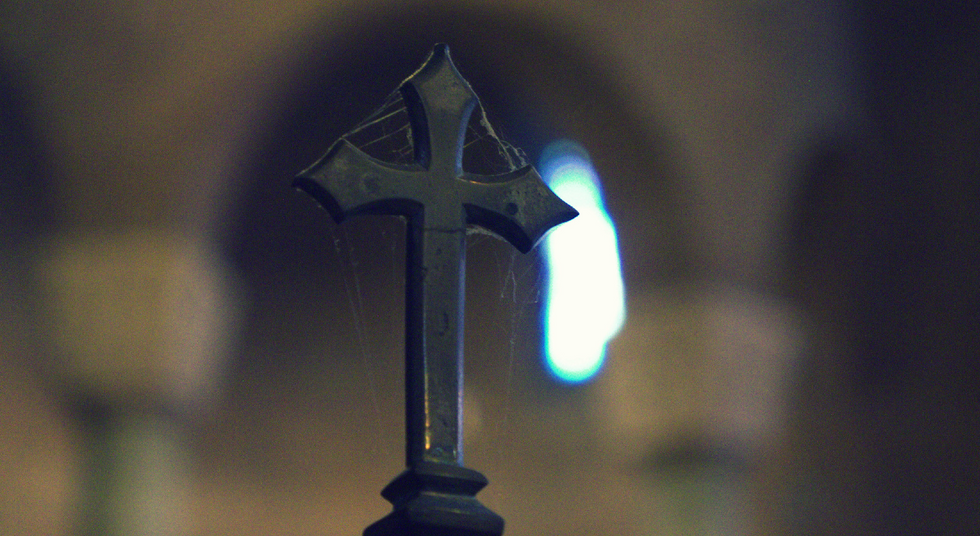 I have heard your story before. I've heard it several times. Too many times, in fact.

It's a story that saddens and confuses me. It's confusing in the sense that people still don't see how much bigger the world actually is. It's beyond puzzling to me when I see how many people would rather remain in their own bubble.

Here we see where the root of your problem lies. You were raised in a fundamentalist religious household. You were taught a particular set of religious beliefs from birth. Your parents ingrained their views into you. As a child, we feel we have to listen to our parents. We assume they know best in every way.

They enforce their agenda with the kind of discipline that causes us to submit in fear.

That fear is very powerful. It seems to be at the forefront of this religious behavior. You've been taught to fear God by the fear your parents instilled in you.

Cast your mind back to your preteen years. You began feeling those sexual urges we all start to feel at that age. However, you were stunned to notice girls weren't the ones bringing about these feelings. It was other boys who preoccupied your mind.

This can't be. You were told having these feelings for other boys was a sin. But you eventually realized you can't help your feelings. So what did you do?

You heard your local pastor say that homosexuality is "a sickness of the mind." You prayed every night to God that He would rid you of your homosexual feelings. Perhaps your parents found out at one point and sent you to conversion therapy. You felt like you were afflicted with a mental illness or an addiction you couldn't quite shake.

Somewhere along the way, you managed to make yourself believe you were making progress. You started dating a girl, got married, and even had a baby.

This leads us to where you are today.

There are some things I want you to think about. Are you happy? Your first impulse might be to say yes. But answer these questions to be certain. Does your marriage and home life make you feel fulfilled? If yes, does that fulfillment feel self-imposed or self-needed?

In other words, is your situation something you feel you should have or is it something you want to have? When we grow up, we have the freedom to make our own decisions. We leave our parents' grasp and live life on our own terms. Are you still operating from that same place of fear you operated from as a child? If so, are you fearing God or are you fearing what your parents told you God is?

It seems to me that you've been living your whole life in the bubble your parents created for you. I encourage you to at least look outside that bubble for a bit. The American Psychiatric Association removed homosexuality from their list of mental illnesses in the seventies. There are plenty of other people who agree with this. So many gay couples live happy lives. Plenty of them get married and have children. There are many options, such as adoption or artificial insemination.

And yes, some of them even go to church.

There is a possibility for you to leave your bubble and live happily as a gay man. This might not seem possible at first. After all, what if your parents disown you? What if your wife leaves you with nothing in the divorce? What if you lose custody of your child and never see them again?

These are all possibilities, yes, but the alternative is possible as well. Your parents might evolve and accept you. Your wife might understand and you might have a significant presence in your child's life.

And even if you didn't, think about where you will be at the end. Imagine you're laying on your death bed about to cross over to the other side. Will you be satisfied if you never left your bubble? Or will you have regrets? Will you regret never taking that chance? Will you feel there was always a missing piece to the puzzle you never filled?

I don't know about you, but I don't want the possibility of regrets. I think you owe it to yourself to take that chance. Imagine your child and the kind of example you wish to set for them. Wouldn't it be better for them to see their parents in happy, healthy relationships even if they're not with each other? Do you really think a forced, unfulfilling relationship is what your child should strive for when they grow up?

I can't force you to make any decision when it comes to your life. You're a grown man and this is your journey. It's a journey everyone has to come to at their own time. However, it would mean a lot to me if you at least thought about what I said.

I pray that you will at least consider joining that world.