An Open Letter To My Doofus Brother

An Open Letter To My Doofus Brother

I love you more than I can begin to explain. 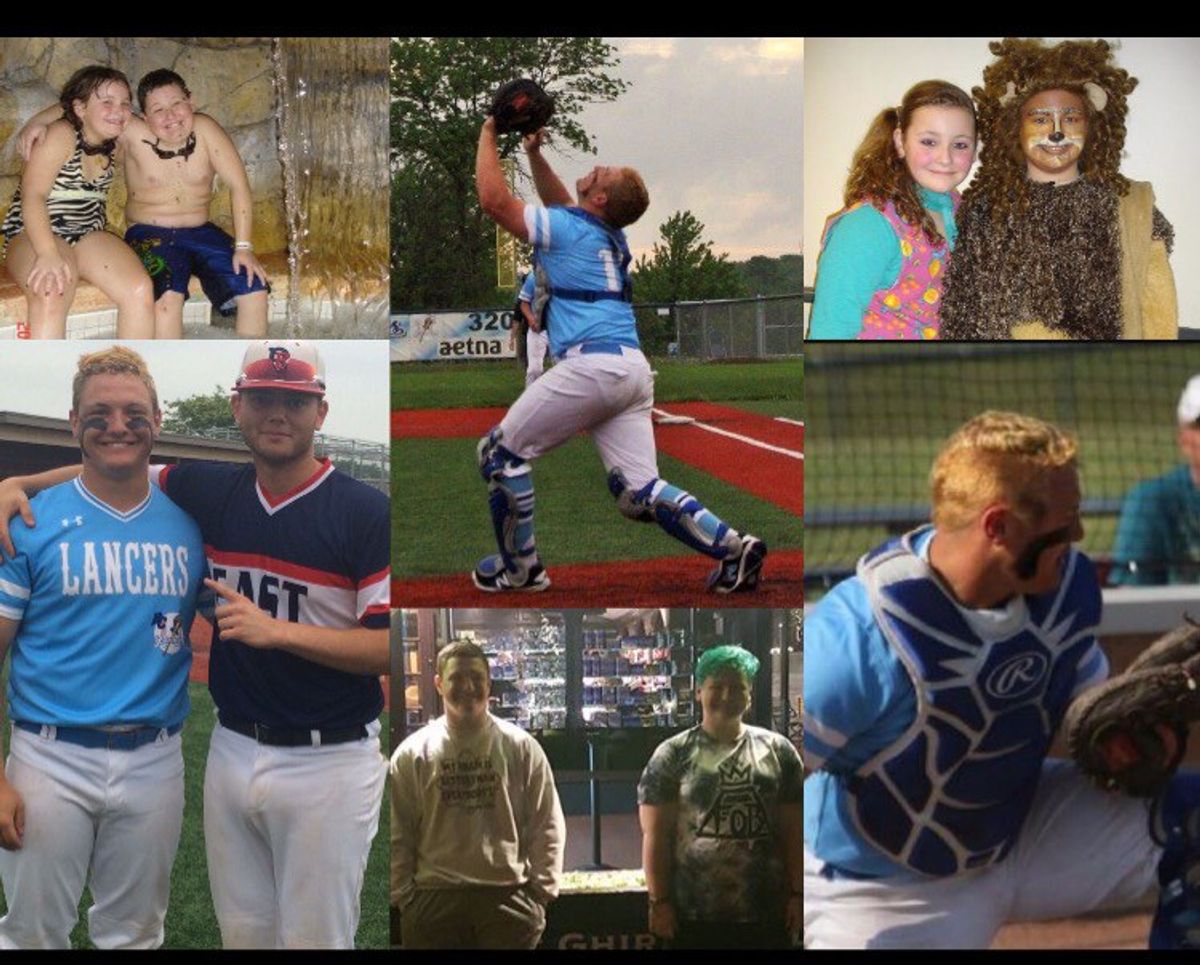 December 5th is my brother MJ's 18th birthday, so I'd like to take this opportunity to explain all the reasons why he's really just awful.

What, I'm his sister! Did you expect me to say something nice?

In all seriousness, though, there are few things in the world that I am more thankful for than him. I have the kind of relationship with my sibling that most people can only dream of, especially at my age, and so many of my friends are jealous of it.

Don't get me wrong, we have our fights. We fight over dumb things like which wrestler is better at talking, and we fight over big things like whether or not Donald Trump will be a good president. But at the end of the day, he's one of my favorite people in the whole world, and I'd trust him with my life.

I've watched him change and grow for the past sixteen years, and he constantly amazes me with his determination and perseverance. Since we were little kids, for as long as I can remember, MJ has wanted nothing more in the world than to become a professional baseball player. That's a total pipe dream, right? That's something kids grow out of once they're a teenager. Well, not him. MJ has worked every day of his life since the moment he joined a t-ball team to achieve that dream. Many people have told him he's not good enough. He's been passed over, unappreciated, and basically forgotten about. But he never gave up. Ever. He kept working to prove everyone wrong. Now, he's got offers pouring in from all kinds of schools. He's going to play college baseball. He's still after that crazy childhood dream. He's still trying to make it a reality.

And if that's not courage, nothing is.

He's given me someone I can relate to when I feel like I'm crazy. In his weird big brother way, he's always made me feel safe. I know he'll keep my secrets and have my back. He makes me feel not only needed but also wanted, even though he'll never say it out loud.

He was my friend even when I pushed everyone else away, and no matter how many times he's called me a freak, he's one of the few people who make me feel normal. No matter where we are, MJ makes me feel at home.

Half the time, I look up to him more than he'll ever know. Even in the times where I honestly feel like he's acting like a total moron, there's a part of me that will never stop admiring him. Because in many aspects, he's what I wish I could be, he already is what I'm working towards. He has unbelievable willpower and strength of character, and he never backs down. He doesn't compromise who he is, he stays steadfast in what he wants, and you'd be hard pressed to find someone more determined to get what he wants. I wonder if he knows that some people search their whole lives and never find as much passion as he has at 18.

I'll never stop believing in him because I don't think I've ever met a more capable person in my life. My brother MJ can accomplish anything in the whole world, and even if he doesn't know that yet, I do.

Happy Birthday, MJ. I hope you know that I appreciate All The Small Things.

Houdek 3:16 says that although PT Spiders can Rest In Peace, you're The Architect of your own future, and the future is now. You're the realist guy in the room, and even though you're not a hugger, you do it with flair and you are a boss. You use the power of positivity to show off, and you just bring it every single day. You're all hustle, loyalty, and respect, and your pop times are too sweet. You're rarely a stupid idiot, and when you step up to the plate, it's the MJ Houdek show. You're phenomenal, you're the best there is, the best there was, and the best there ever will be, in fact, you're the best in the world. I believe that, because you're not a good guy, you're not a bad guy, you're just the guy.

Growing up with you has been, well… what a rush!!

If putting 21 references that no one will understand except for you proves nothing else, it's that I love you.