My Only Response To Awkward Situations Is To Literally Run Away

It's what every mature 20-year-old does, right? 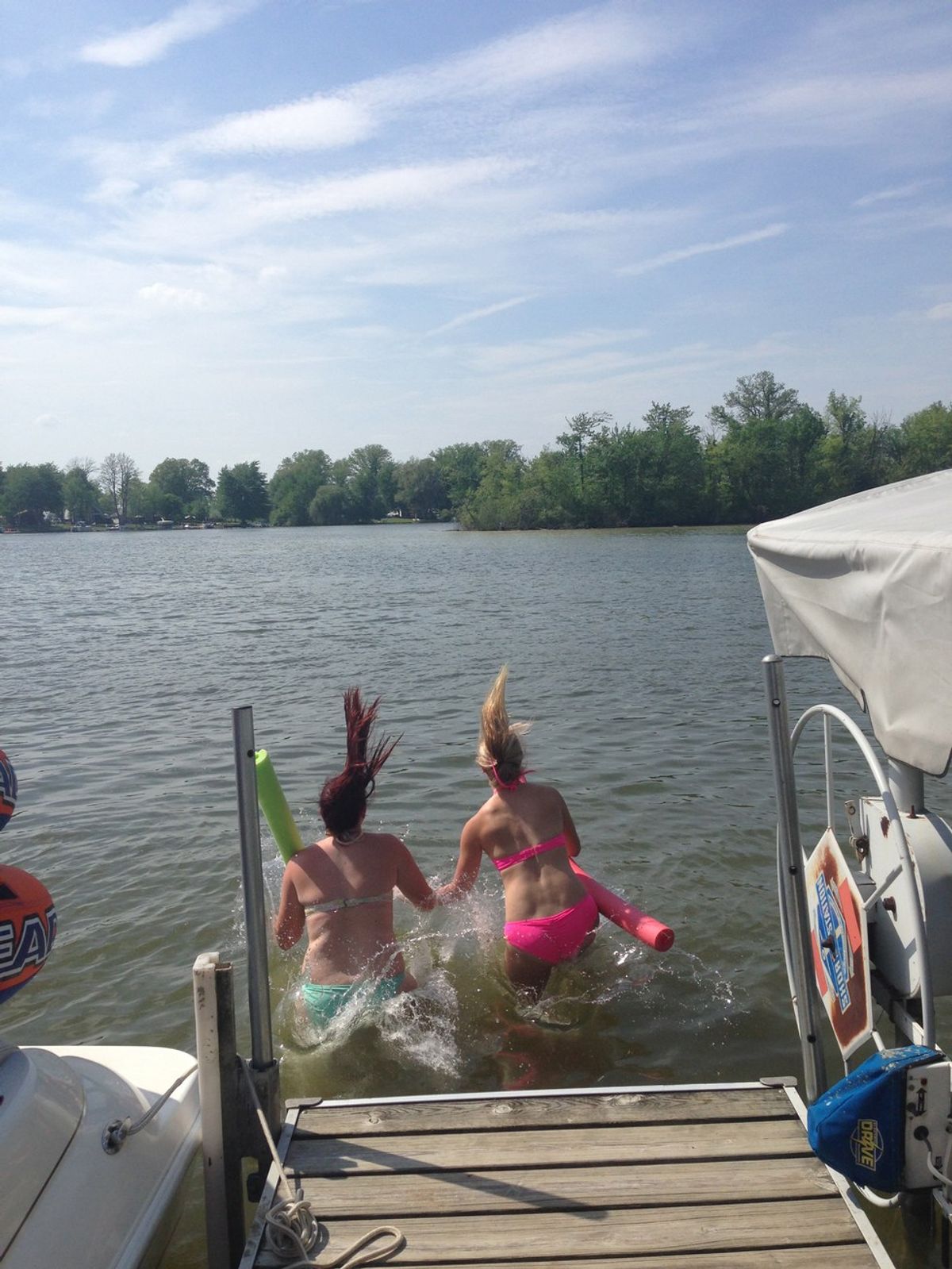 Emotionally or physically, running away is kind of my thing.

My freshman year of high school, a boy asked me to homecoming. I had already said yes- and then no- to six guys. In the middle of his sentence, I realized what he was asking me and freaked out. I was going to have to say yes or no and either way I was SCREWED! I didn't know him very well so going with him terrified me. But saying no made me a jerk! And so instead, I did the only logical thing- I sprinted to the other side of the room.

My mom corrected me and I did end up going to homecoming with him. (And I had a lot of fun actually.) And from there, I thought this would simply be something that I grew out of.

As the years went on, I continued to emotionally run away from literally everything. Boys would tell me they liked me and my response would be "no you don't" and changing the topic. Or they would kiss me and I would start talking in the middle of it to avoid anything going further. I ignored texts/calls, I avoided real, genuine feelings like the plague, and anytime I felt like anyone was getting close to me or trying to, I would leave them in the dust. When I knew a boy had real feelings for me, I made sure he heard me VERY subtly say, "I'm the worst person to have feelings for ever." Regardless of the fact that I did (/do) have feelings for him.

In short, I suck.

"Why would you do that?" is the hot question. The easy answer is that I'm a scared little wimp. The real, in-depth answer is a secret.

And apparently, while I was doing all of this, my body was taking notes. "Okay... uncomfortable at all? Run and hide." (That was my body talking.)

I was walking through the mall with my mom one day when I got a text from my ex-boyfriend. "Hey, I just saw you!" Any normal person would've looked around, saw him, and waved. Or maybe even gone up and said hello. Instead of that, I read the text and hit the deck. I'm talking full on, chest-to-floor. My mom started laughing- "what are you doing?!" The worker at Francesca's was also clearly curious. I popped up on all fours, "my EX!!!!" Everyone laughed but in my defense, he did not see me and I did not have to say hello. Me: 1 Everyone who says to stop running from my problems:0.

About a year ago, I met a cute boy at a tailgate. I told my best friend how cute he was and how he seemed so nice, and blahblahblah. About a week or two later, we're walking through the parking lot of my apartment complex and I see him. "Oh my god," I said, "I think that's Josh". (Name has been changed for the sake of my dignity.) So, my best friend screams, "Josh!!" across the parking lot. What do I do? Crawl underneath the nearest car, of course. From there, I sprinted to the steps hoping he wouldn't see me. I still don't know if he knows that was me.

My running away may have something to do with my fear of letting people in. Or maybe it has to do with me not knowing how to handle feelings. Or maybe I'm actually just that awkward.

There probably will never come a day that I don't run from awkward situations. It's officially a part of me- an extremely annoying, childish part, but a part none the less. And one day somebody's going to love that and I'll be fine.