The Blue A's look to claim the title after their surprising reinstatement. 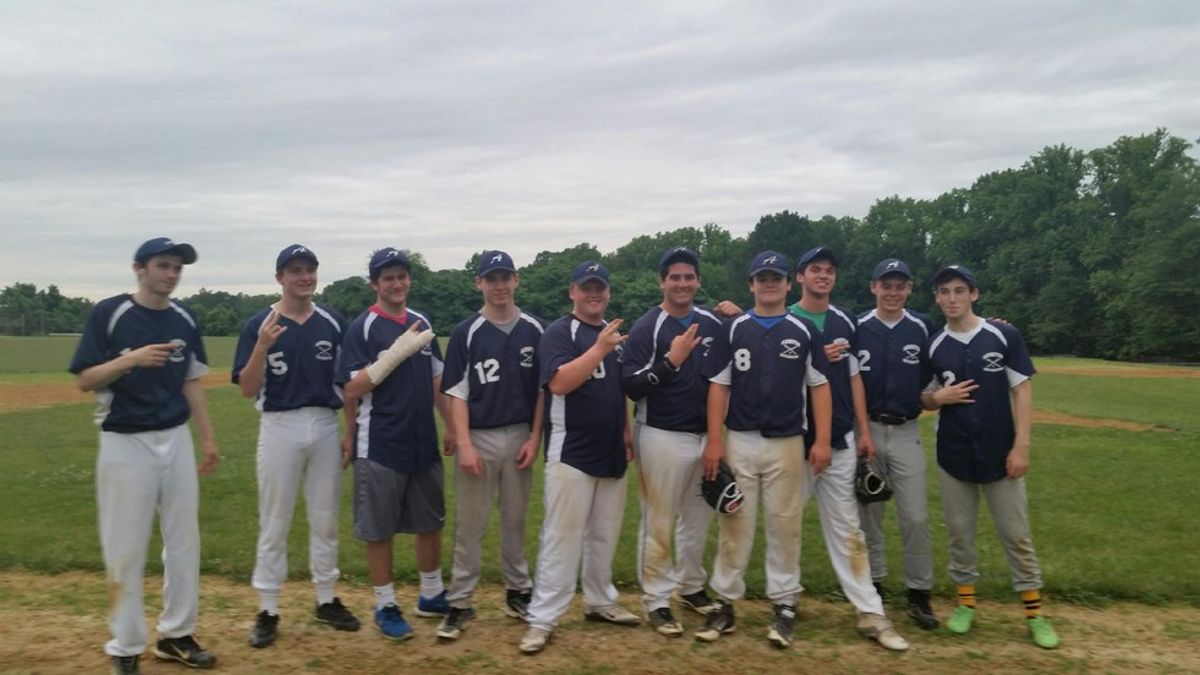 A week ago, it seemed as if history had repeated its disheartening self for the Abington-Roychester Blue A's. In 2015, the Blue A's entered the second round of the four-round playoff bracket, ready to face off against Ardsley Maroon at Alverthorpe Park. In a close thriller, the teams went back and forth with the lead until a seventh-inning walk off single to right field ended the Blue A's season.

In this year's second round, Abington-Roychester competed against undefeated Mount Airy. In another close game, the Blue A's were in position to win after tying the game at three-three in the top of the fifth inning. Trying to make it out of the quarter-finals for the first time in recent history, the Blue A's made a strong effort in the last two innings, but failed to put more points on the board, and lost six to three. Once again, the Blue A's were out of the playoffs after the second round.

However, as fate would have it the boys from Barrett Field were back in action tonight. In a sudden wave of administrative action, two teams bound to play in a semi-finals–Mount Airy and Abington-Roychester Red–were disqualified from the tournament for fielding travel-team players, ineligible to play in the league. Thus the Blue A's were reinstated into the playoffs and scheduled to play a semi-final game against Glenside Black, which lost to Abington-Roychester Red, and was also reinstated.

With the chance to play again, one win away from the championship game, the Blue A's took hold of the lead early and never let it go. Off to a six to nothing lead, Joe Broderick's RBI double highlighted Roychester's offensive effort. Starting pitcher Frank Datank lasted a strong four innings, giving up only two runs. His awareness also stood out when he picked off Glenside's first runner of the game as soon as he reached safely, as the runner strayed off base without recognizing his risk.

Broderick took the mound for the final three innings. With a safe lead, the Blue A's defense shone in the final innings of the game. Mike Schoeffling caught a shallow fly ball in right field, and Brett Broderick was magnificently reliable at shortstop. A quick-reflex catch by Justin McGinnis on a line drive to second base ended the game at a score of eight to three and secured the Blue A's a spot in the championship game Monday.

The Blue A's win eliminates–certainly this time–Glenside Black from the playoffs. Glenside had a respectable season, but in the end their defense was sloppy and gave up ample free bases to Roychester. Fans can best remember Glenside's efforts with second-baseman Phil Denelsbeck's base-fixing skills, center fielder Joe Szalwinski's hat falling off and first-baseman Andrew "Bush" Profit's commitment to his team over studying for his history final.

While it may seem Abington-Roychester got to the final game through luck alone, it is important to take note of the Blue A's recent record. After starting the season with one win and six losses, the team turned itself around and finished the regular season with a five-game winning streak. Now, disregarding the revoked loss to Mount Airy, the Blue A's own a seven-game winning streak. They will play Roslyn, a difficult opponent for any team, but the Blue A's are prepared for the challenge.