Okay, Fine. I'll Tell You About the CT Slide

Okay, Fine. I'll Tell You About the CT Slide 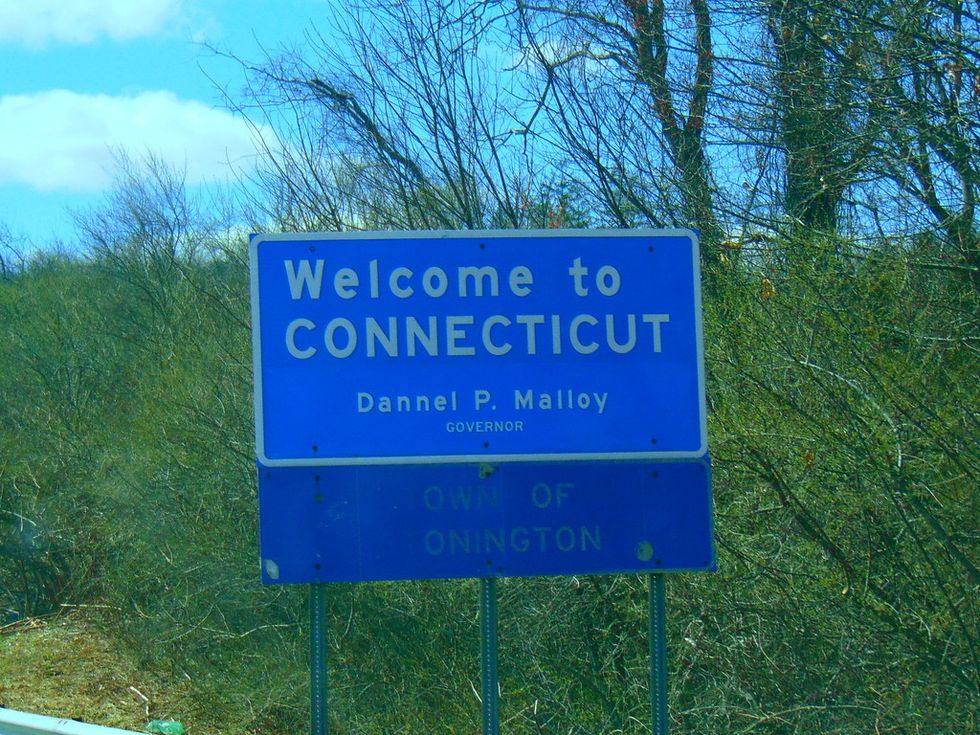 The Connecticut Slide, as defined by Urban Dictionary, is (when driving on any multi-lane highway or road), it's when a driver switches multiple lanes at a time, often but not limited to switching from the left most lane to the right most in a single motion."

I pulled off some Connecticut Slides just today, actually. It was on the Tappan Zee Bridge coming back from my grandma's house. I was in the left lane behind a slowpoke, so I looked over my shoulder (one should always look over their shoulder when preparing to pull off a smooth Connecticut Slide) and maneuvered the road with ease. Soon, I was blowing by everyone doing about 90 and not even thinking about it. Connecticut Slides are powerful, and regarded as one of the most coveted of road moves. With great power comes great responsibility, however. One must not abuse the CT slide, or else all hell would break loose. Houses would burn down. Sidewalks would catch fire. Traffic lights would always be red. In short, the world would stop if CT slides were used too frequently.

Imagine driving on your home interstate and seeing people pulling off CT slides left and right like nobody's business. It would be a driving hellscape. Nobody would know how to drive in a straight line with everyone zigzagging this way and that. Nobody would be able to drive, which means nobody could get anywhere. If no one can get anywhere, then nothing can get done. And if no work gets done, no food gets delivered, and no other miscellaneous products shipped, the world cannot function. You see, CT slides, while seemingly innocent, can cause quick and swift destruction of the world as we know it. If you're reading this, you must be careful when executing a CT slide. No, you shouldn't do them all the time, if at all anyway. No, you should not execute one simultaneous with someone else. And no, trains cannot execute CT slides.

Planes can, actually. If a pilot so desires, he or she may fly across the sky from one side to the other. The problem with this is that the sky has no sides; thus, the pilot would be flying in a circle. This does NOT constitute a CT slide by definition, hence pilots actually cannot pull off CT slides. Apologies to any aviators.

Boats, however, can pull off CT slides, since the ocean does technically have sides to it. This would be an incredibly long maneuver, however, and would be deemed unsafe for freight and cruise ships, for example. Personal/speed boats could pull it off, but it would still remain risky. Thus, CT slides should be kept to motor vehicles only. Motorcycles are also not recommended to pull off CT slides. Cars only. Sorry to any avid motorcyclists out there.

Bicycles are allowed to CT slide, but it is slightly impractical for them to do so. They won't ever find themselves on an interstate highway, and if they do, then pulling off a CT slide would be the least of their worries. Perhaps trying to go 65mph on a bicycle would prove challenging enough without having to cross three or more lanes of traffic while doing so. Further, at this point, a bicycle going that fast would be considered a motorcycle, and motorcycles cannot CT slide. Thus, bicycles also cannot CT slide (practically). Sorry to any cyclist hopefuls.

Finally, walkers can CT slide, although again, like cyclists, it would be impractical. Why would someone who is walking ever need to pull off a complex maneuver such as the CT slide? It just doesn't make sense. So, let's just ban walkers too. It's easier to keep CT slides to motor vehicles only (not including motorcycles) to avoid any further confusion.

So, here you go. The rules for who can pull off the CT slide. Don't actually do this, though. It is incredibly stupid, I mean it. It's a pretty unsafe and useless maneuver anyway, and one would be an idiot to do it. Thank you, have a good one. And CT slide at your own risk.